Ryan Dwyer and his daughter started Fine Dine Front Lines to thank the Seattle medical teams involved in their cancer treatments. He hopes his idea can grow. 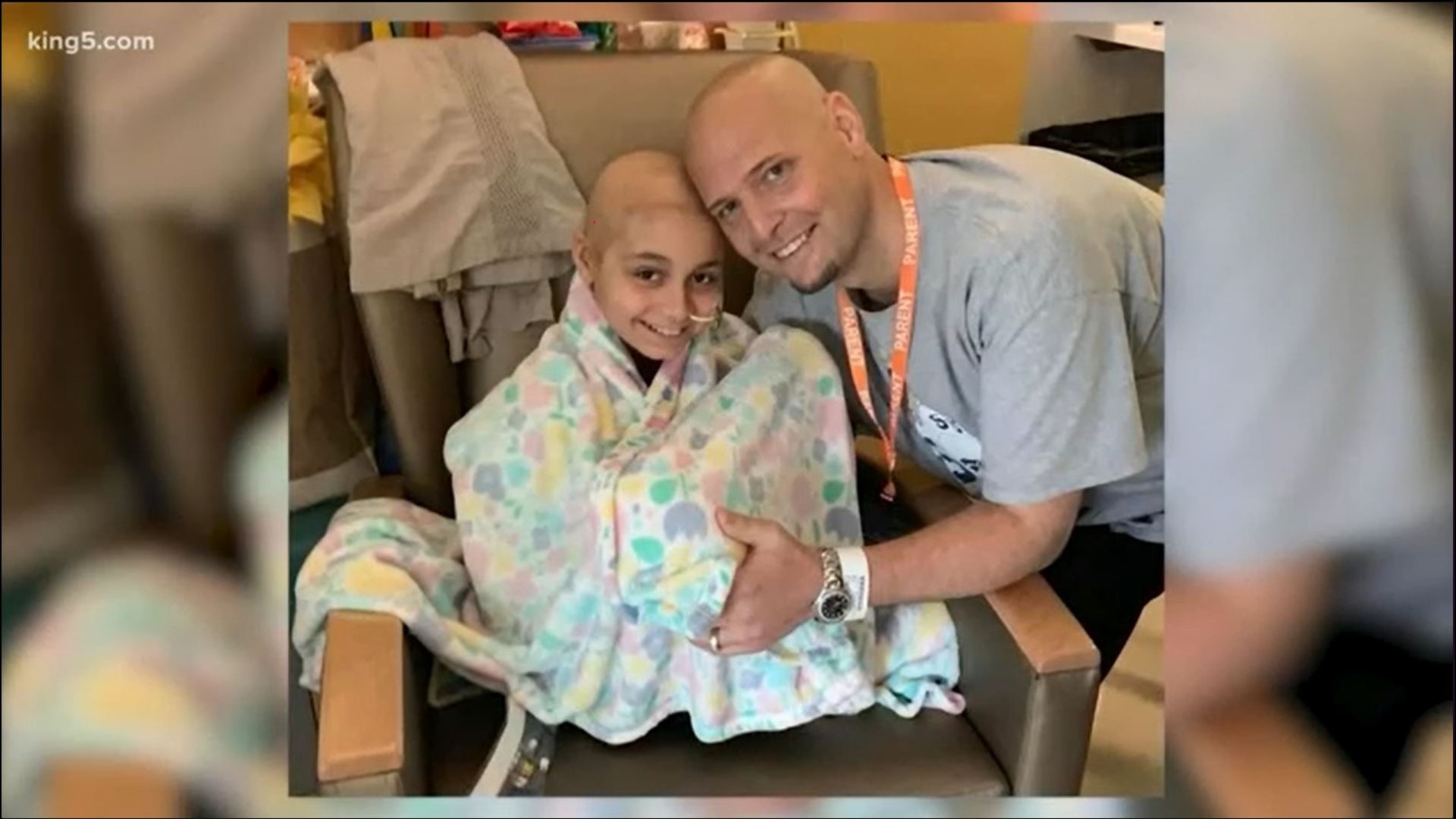 SEATTLE — Ryan Dwyer wanted to thank the medical teams involved in his and his daughter's cancer treatments with a meal. It's turned into a movement.

“It’s a way to give back to the people who actually put their hands on my daughter and I as we spent so much time in the hospital,” Dwyer said.

What started as a small effort has turned in to a statewide effort and by the end of his treatment, Dwyer hopes to have provided 10,000 meals to frontline medical workers statewide.

Last year, he and Violet were both diagnosed with different and unrelated cancers.

After many months in chemotherapy and separate hospitals, they wanted to give back to the nurses, doctors and frontline workers. Violet is now in remission. Dwyer's treatments are ongoing.

When the coronavirus pandemic hit, Dwyer was laid off from his job in the food industry.

“I could either sit and do nothing while I battle cancer (like I did the previous year) or I could do something to make a difference and occupy my mind,” he said.

The organization raises money from donors and also partners with local restaurants. As of today, there have 7,000 meals served.

Dwyer currently spends several hours a day at Seattle’s Cancer Care Alliance after being was diagnosed with leukemia again in 2020.

He’s preparing for a Bone Marrow Transplant in October.

“Fortunately my daughter is in full remission so she’s all good and as long as I can keep my mind sharp we can hopefully keep this rolling,” Dwyer said.

Ryan has ambitious plans for the fall and intends to expand his efforts to Portland, San Diego and Chicago in the coming months.