The town of Madison plans to lower the Lindsey Bridge dam where multiple people have either drowned or nearly drowned over the past couple decades. 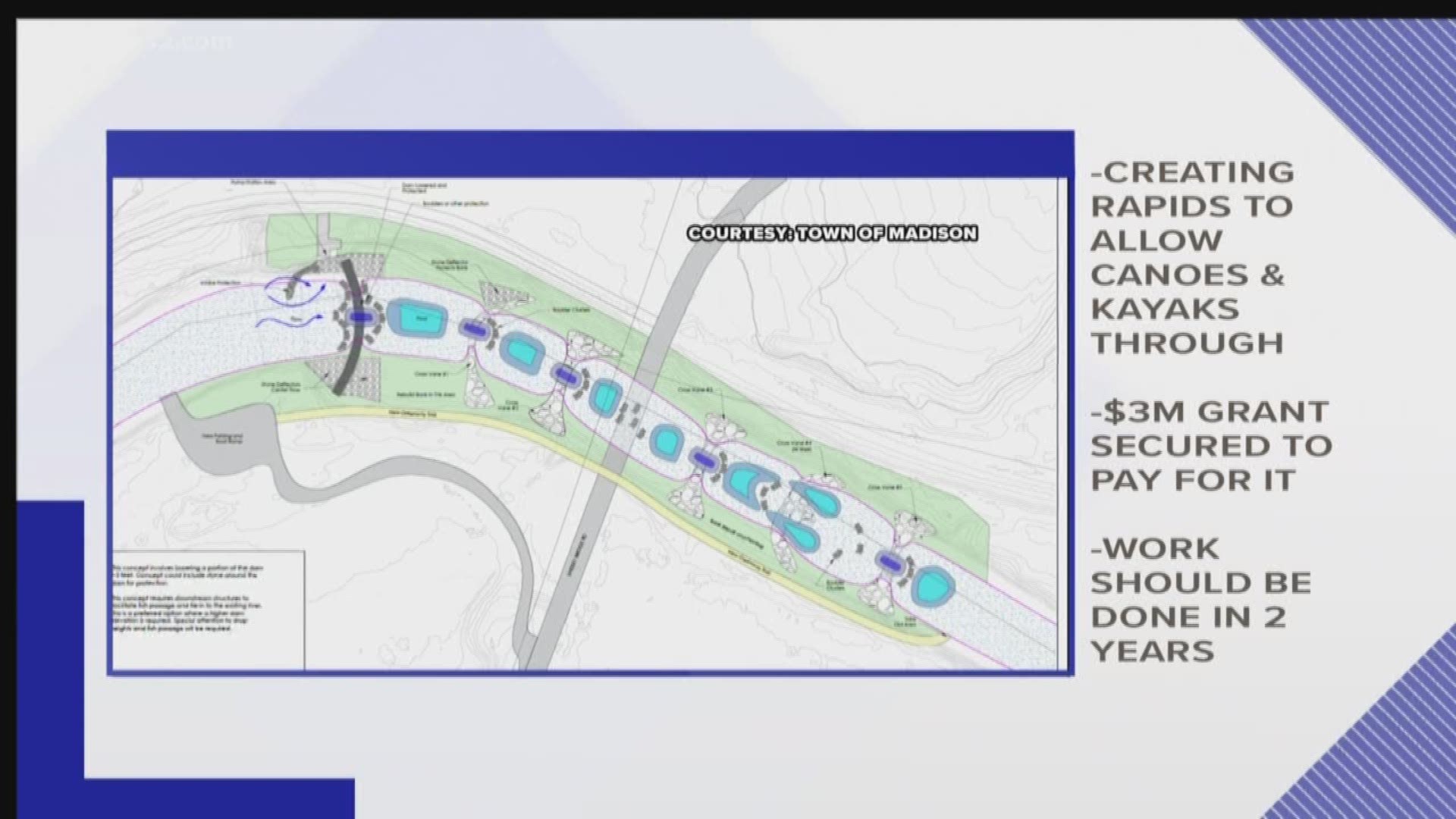 MADISON, N.C. — There are some big changes in the works for an area of the Dan River known as the “drowning machine.”

The town of Madison plans to lower the Lindsey Bridge dam on the river where multiple people have either drowned or nearly drowned over the past couple decades. On Sunday, a boy was pulled from the strong current, caused by the dam. He survived but was last reported in critical condition.

The dam area is called a 'drowning machine' because it's a low-head dam; when water spills over the top of the dam, it creates a recirculating current underneath the water. Some likened it to a washing machine.

Swimmers can get trapped in the current if they get too close and the current will keep pushing them underwater, causing them to drown.

Kevin Baughn, Madison Town Manager, told WFMY News 2 swimmers drowned there in 2012 and 2004. He also said there have been even more rescues.

However, Baughn rejected a statement from Capt. Roy Stewart with the Madison Rockingham Rescue Squad who told WFMY News 2 on Sunday that an average of two people die every year in this area of the river.

RELATED: Child Rescued After Getting Caught in 'Drowning Machine' on Dan River in Rockingham County

Town leaders decided to make a change after a recent inspection showed the dam was in need of repair or replacement. So they're creating a sort of whitewater rapids that'll allow canoes and kayaks through.

Baughn said they’ve already secured $3 million in grant money to pay for it.

Not only will it create more opportunity for water sports by opening up a 50-mile portion of the river, but it'll also alleviate the dangerous current and even potentially save an endangered fish that lives in the Dan.

The Roanoke Logperch is on the endangered species list. The species is known to live in the Dan River, but their numbers are slowly diminishing. Baughn said changing the dam to allow it to flow freely will help increase Logperch numbers and potentially get the species off the endangered list.

Work on the dam and surrounding areas should be complete in about two years.