'Everyone in the Bus was So Worried.' Davie County Driver Dies During Route, Students Take Control of School Bus

Davie County High School students jumped into action when they noticed the driver had lost consciousness and the bus was swerving. 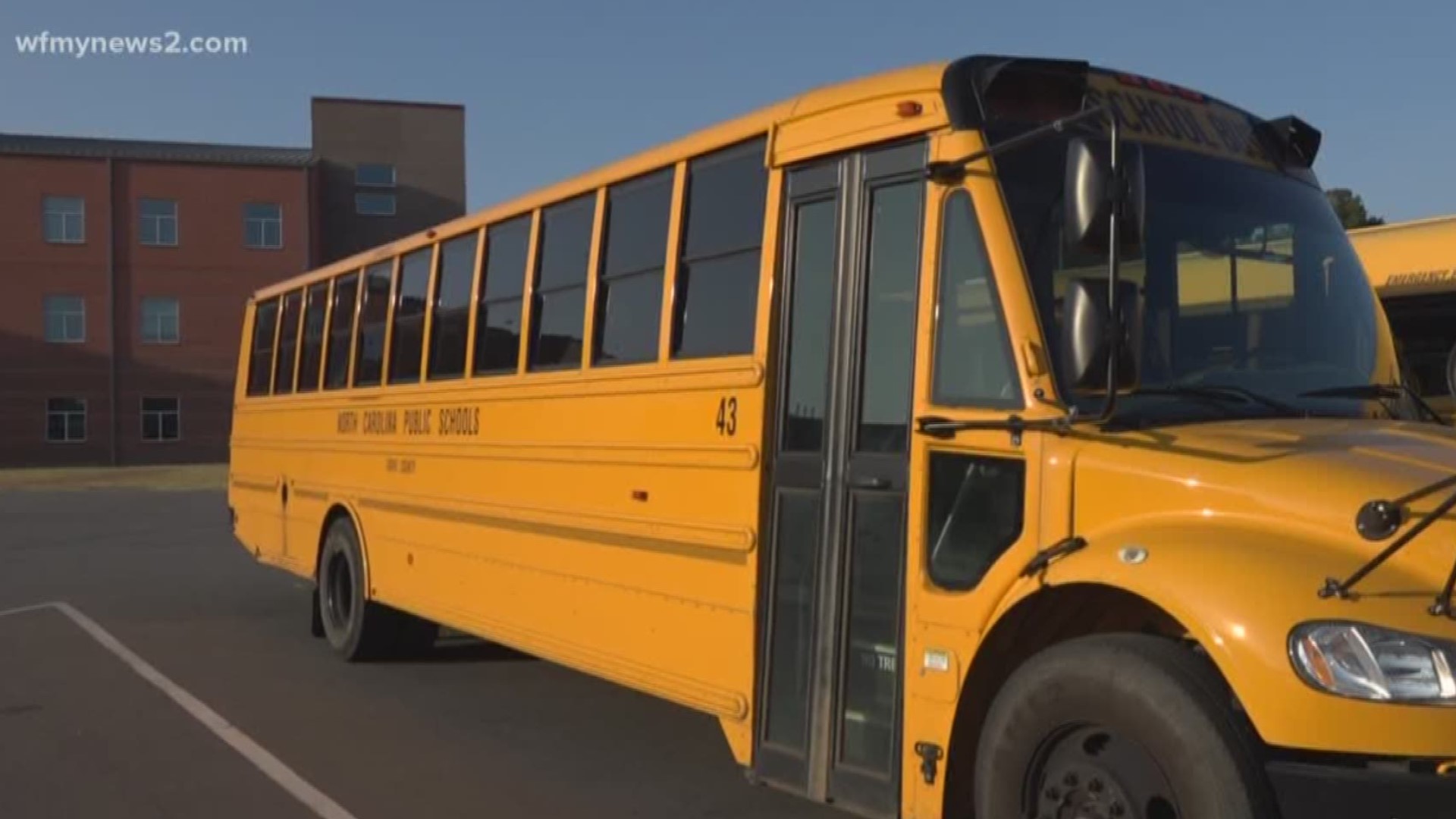 When the students noticed something was wrong, they were able to get the bus stopped safely with no injuries and call 911. Medical personnel arrived and tried to save Ms. Gaither's life, but their attempts were unsuccessful.

10th grade student Kaelyn Angell said she was on Bus 43 that afternoon, sitting in the seat with her friend directly behind Mrs. Gaither. Kaelyn says they were the last two people to talk with the bus driver before her death.

"We were sitting there, and we were asking her, 'How's your day?' and she said, 'I was having a good day,' " Kaelyn recalls.

"My friend said something about how she was going to go home and eat a Moon Pie. And the bus driver, she said, 'Oh yeah, Moon Pies, I remember those, those were good, ' " said Kaelyn .

Mrs. Gaither was nearing Angell's bus stop on Farmington Road in Mocksville, when suddenly the high school sophomore noticed the driver had lost control of the bus.

"She was trying to stop the bus at our stop. But she couldn't," said Kaelyn. "The first thing we saw was she was leaning against the window... She was just laying there."

Kaelyn said that students immediately jumped into action after the bus swerved -- taking control of the bus wheel, pressing the brakes, and activating the emergency brake. Students also called 911 and did their best to attend to Mrs. Gaither, now unconscious.

"Everyone in the bus was so worried, and even some people were crying, so it was pretty emotional," said Kaelyn .

On Friday, students painted a rock memorial for Mrs. Gaither in front of Davie County High School, with messages for the beloved bus driver like "Fly High," and "D.C. Loves You."

Melissa Angell, Kaelyn's mother, said she is proud that the high school students took control of the dangerous situation, and she is heartbroken for Mrs. Gaither's family.

"Both of my daughters were on the bus," said Melissa. "All the students on the bus just like gathered together and worked together to make sure they stopped the bus, and students pushed the brake. She had slumped over and they had to pick her up. And they did everything that they could in that moment, and I am really proud of them for teaming together."

Another student on the bus, who did not want to share her name, said she and other students performed CPR on the bus driver while waiting for EMS to arrive.

The school system says Ms. Gaither was a dedicated employee of Davie County Schools since 1977. All students were safely transported home or picked up at the scene. Support staff were in place beginning first thing Friday morning and will remain in place to provide counseling and support for students and staff.

"She was really, really sweet. She didn't want any harm to anyone, she was always nice to people," said Kaelyn. "On Facebook, there are groups, and everyone is praying for her. Everyone is just overwhelmed and upset about it."