A new $140 million investment from Greensboro developer Roy Carroll and a new food hall near BB&T Point tops the news in the Triad Business Journal. 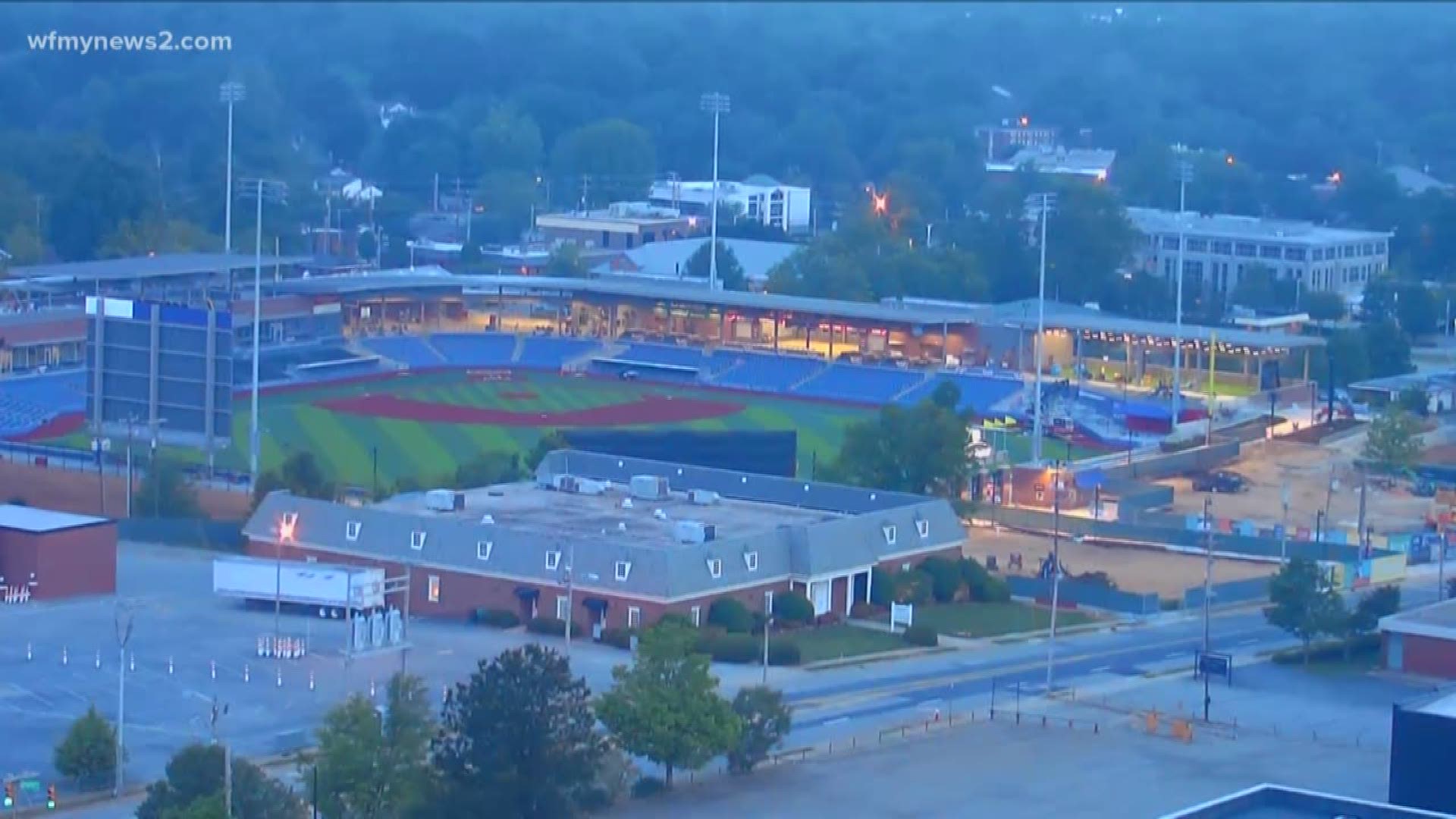 GREENSBORO, N.C. — We're staying on top of all things business this morning with the Triad Business Journal.

Thursday's big news on a future development project in Greensboro took the focus of the conversation.

Luke Bollinger with the Triad Business Journal says Roy Carroll's development announcement is huge for the city of Greensboro.

"I think it might be the biggest investment planned for Downtown Greensboro in the city's history," said Bollinger.

The 'Carroll South of Ballpark' space aims to bring more retail and residential space to downtown Greensboro, including a modern luxury hotel.

Developer Roy Carroll says the development will be a game-changer for downtown Greensboro.

It's a $140 million investment that the Carroll Companies will make which would include 280 luxury residential units, 12,000 square feet of retail and restaurant space in phase 1 with a possible grocery store.

Carroll also said he believes he can get a grocery store in the area, but a retailer has not yet been identified.

You can read the full story on the Triad Business Journal by clicking here.

The other big story is out of High Point, just in time for the High Point Rockers opening day at BB&T Point.

Bollinger says a developer is unveiling the first tenant for The Outfields in downtown.

Cana Dev, a Baltimore-based commercial development firm that specializes in food halls, will spend the next year or so developing, branding and filling the first-floor space inside 275 N. Elm St. with destination eating options.

It's part of the Outfields project being developed by Elliott Sidewalk Communities, that seeks to surround the ballpark with office, retail residential and hotel space.

The food hall is something between a food court and an open market. It will be different from a market because vendors are selling prepared foods, not produce.

Bollinger says eight to 10 local vendors will eventually operate inside.

You can find the full story by clicking here.