Dog rescued after legs sawed off, being shot on Northshore

Police are investigating this horrific case of animal cruelty in Louisiana. 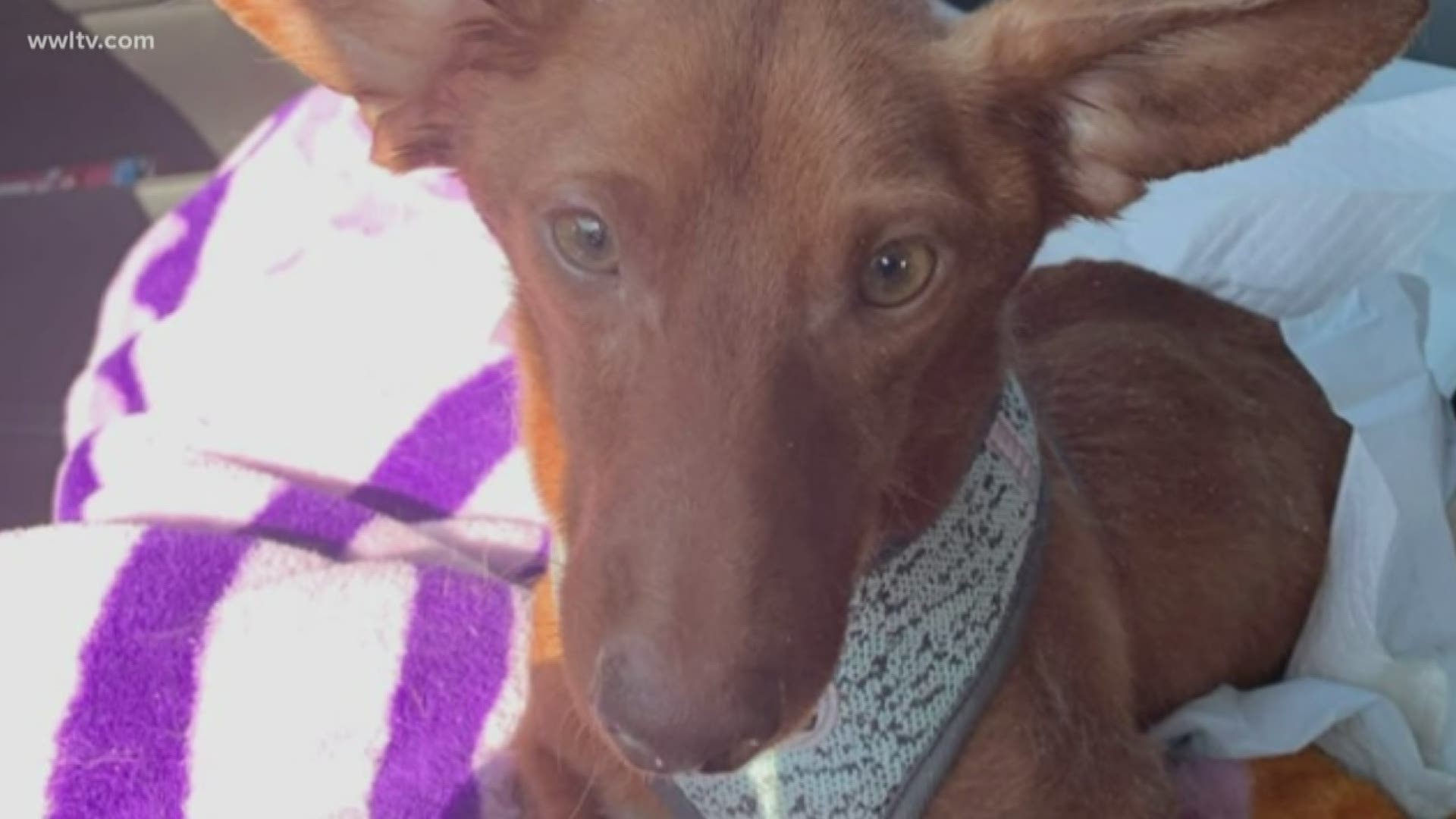 ST. TAMMANY PARISH, La. — Police are investigating a horrific case of animal abuse that is causing outrage on the Northshore.

The St. Tammany Parish Sheriff's office says they are "...appalled that our agency has received a complaint of such horrific cruelty to an animal in our community."

Renee Purdy and other members of Dante's Hope Rescue East are having a hard time understanding why someone tortured little Buddy. He was recently found in a mobile home park off of Highway 11 in Slidell. Both of his hind legs had been amputated, possibly by a saw.

His tail bone is exposed after dragging his body around in his own waste. It too will have to be amputated.

"He's going to have to undergo surgery. He's had a blood transfusion. He's had lots of clipping and cleaning. He's got, you know, urinary catheter and lots of stuff going on," she explained.

Catherine Wilbert of the CATNIP Foundation in Folsom, says Buddy's case is one of many on the Northshore.

"This summer was particularly difficult,” Wilbert said. “We had probably one or two cases a week. We had a cat that was shot in his own backyard, shot in his back. We have had a dog that was tethered by his hind legs and drug behind a vehicle.”

Dante's Hope is getting Buddy care from a veterinarian. He's on pain medication and antibiotics. He is thin and dehydrated. Bullets on X-ray show he was shot twice.  When he is strong enough, there'll be more surgery.

The fund they set up for his care is nearing $8,000. They plan to get him a dog wheelchair in hopes that one day he'll be able to get around in a forever home. They want the person who is responsible for maiming this dog caught and punished.

"We see so many neglect and abuse stuff happen where nobody ever pays for anything. Yeah, we saved the dog, but what happens to the next one they get?" Purdy asked.

The St. Tammany Sheriff's Office stated "Our investigators are actively canvassing the area where this dog was found looking for the individual or individuals responsible for this crime."

If you'd like to donate, you can give directly to the veterinarian clinic in Mandeville here.

For updates on Buddy by Dante's Hope, click here.