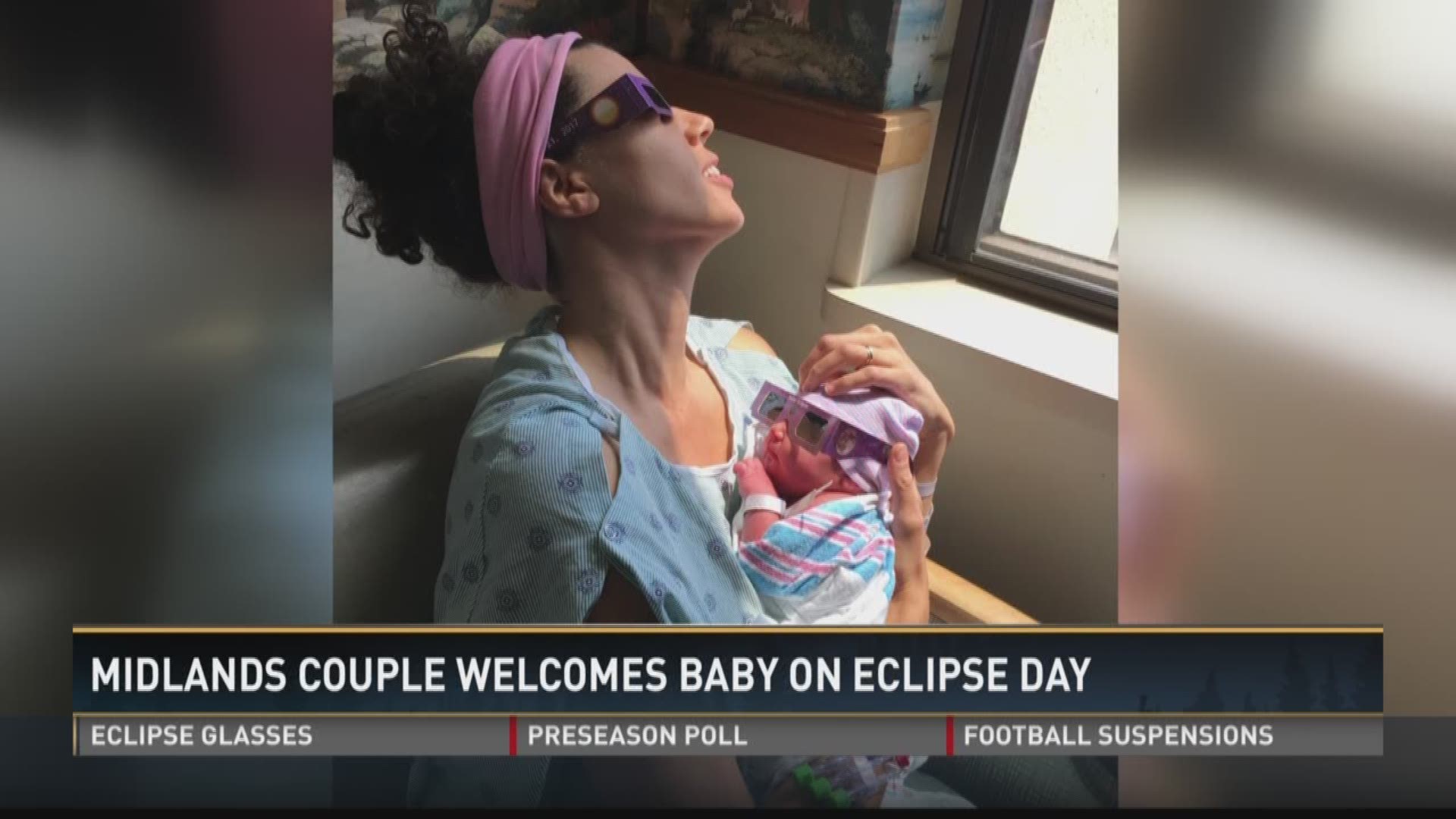 Eddie and Jaela Cornejo welcomed their son Luca on the same day of the total solar eclipse.

“It would've been nice if he was full term, but if he has to be early why not come on a day made in history,” Jaela said of her baby.

Luca was supposed to be born on September 14.

Luca made his world debut at 8:52 a.m. Monday morning at Palmetto Health Richland.

“Coincidentally, Luca means bringer of light so we got to see some light taking place yesterday, little Luca and the eclipse,” the proud father explained.

The couple said they had already chosen the name months ago.

He said he then grabbed his wife and son to watch it through the window.

“We got our glasses on and it was just awesome,” Eddie said.

“Yeah it was breathtaking it was really moving and maybe it was the pregnancy hormones,” Jaela smiled.

“I don't think so it was amazing,” Eddie said to his wife.

The couple had their own viewing party from the hospital and even put some eclipse glasses on baby Luca.

“When he's old enough to understand and appreciate what an eclipse really is we'll say of course having you the day that you were born was one of the best days of our lives,” Jaela beamed. “The icing on that cake would be also that an eclipse happened. So not only did you make history in our hearts you were a part of history.”

Both baby and mommy are doing well.

The couple also has a 1-year-old son named Micah.