Teen calls out her school: 'Dress codes are racist, sexist and classist'

One Georgia eighth-grader is pushing back after spending the first day of school in the front office for what she and others are claiming to be a "sexist" rule. 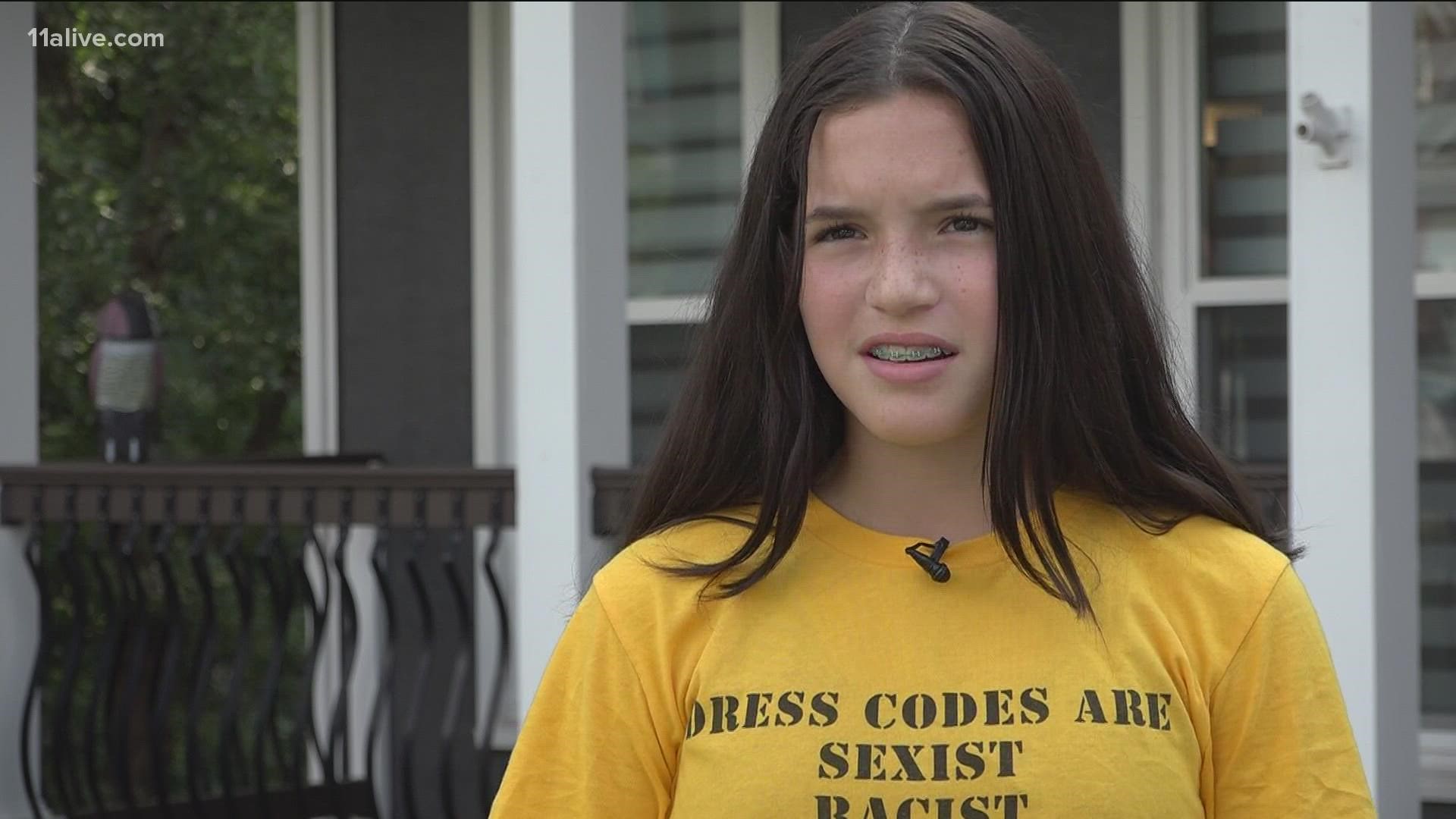 COBB COUNTY, Ga. — One Cobb County eighth-grader is pushing back after she spent her first day of school in the front office for what she and others are claiming to be a "sexist" rule on the school books.

Sophia Trevino told 11Alive's Natisha Lance that she spent her first day of the school year in the front office. A teacher found her to be in violation of one of Simpson Middle School’s 10 dress code rules that reads “pants may be worn as long as there is no skin exposed above the fingertip length."

She was wearing ripped jeans. One of the holes, showing skin came above her fingertips. Her mom had to bring her a change of clothes before she could return to class.

"My mom came and she was mad and it was stupid rules and she pointed it out, why is it only girls," said Trevino.

16 girls, according to Sophia, each hit with a violation … but no boys.

"It’s only been girls for a very long time and it still is and I think that’s an issue," said Travino.

Now, Sophia is calling her school out in a fight for a fair dress code policy.

The week following her violation, she started wearing a shirt with a strong message: "Dress codes are racist, sexist, and classist." It’s a protest slogan and symbol the 13-year-old is wearing to school every day in hopes of changing the dress code.

She also launched a website, nomoredresscodes.com, and a change.Org petition that has more than 1,600 signatures.

On Fridays, some of Sophia’s classmates have worn the t-shirts that she made for free along with her in protest. In 2016, the Portland public school board adopted a new dress code policy requiring minimum safe attire.

The dress code includes both a top, a bottom, and shoes … nothing see-through on private areas and undergarments must be covered with the exclusion of waistbands and bra straps.

Sophia would like to see something similar in her district.

I’ve never done anything like this before ... like actually made a little bit of an impact," she said.