Educators are calling on legislators to meet their needs in the classroom. 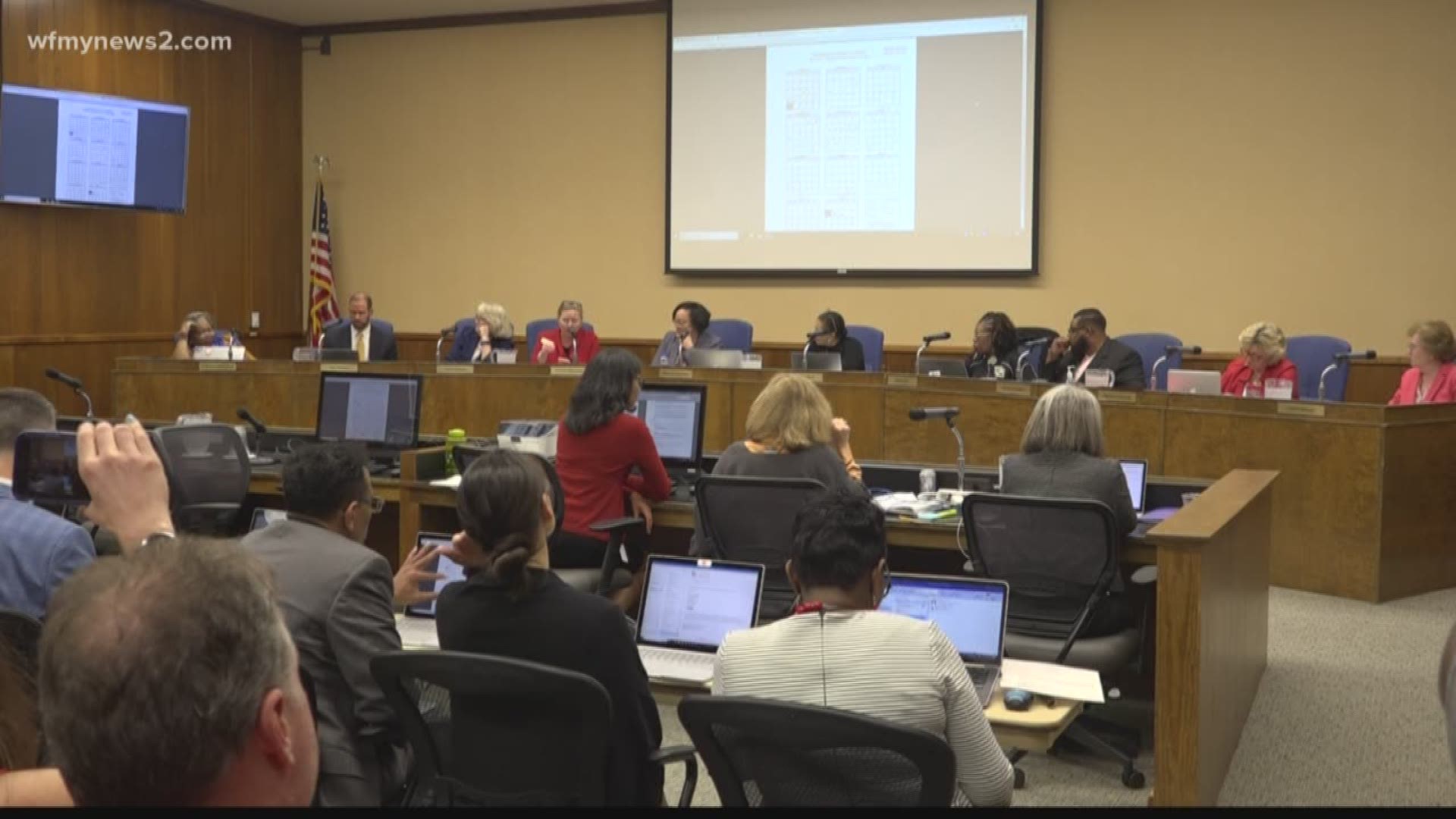 GREENSBORO, N.C. — Educators in Guilford County are coming together to voice their concerns in the classroom and that’s not all. 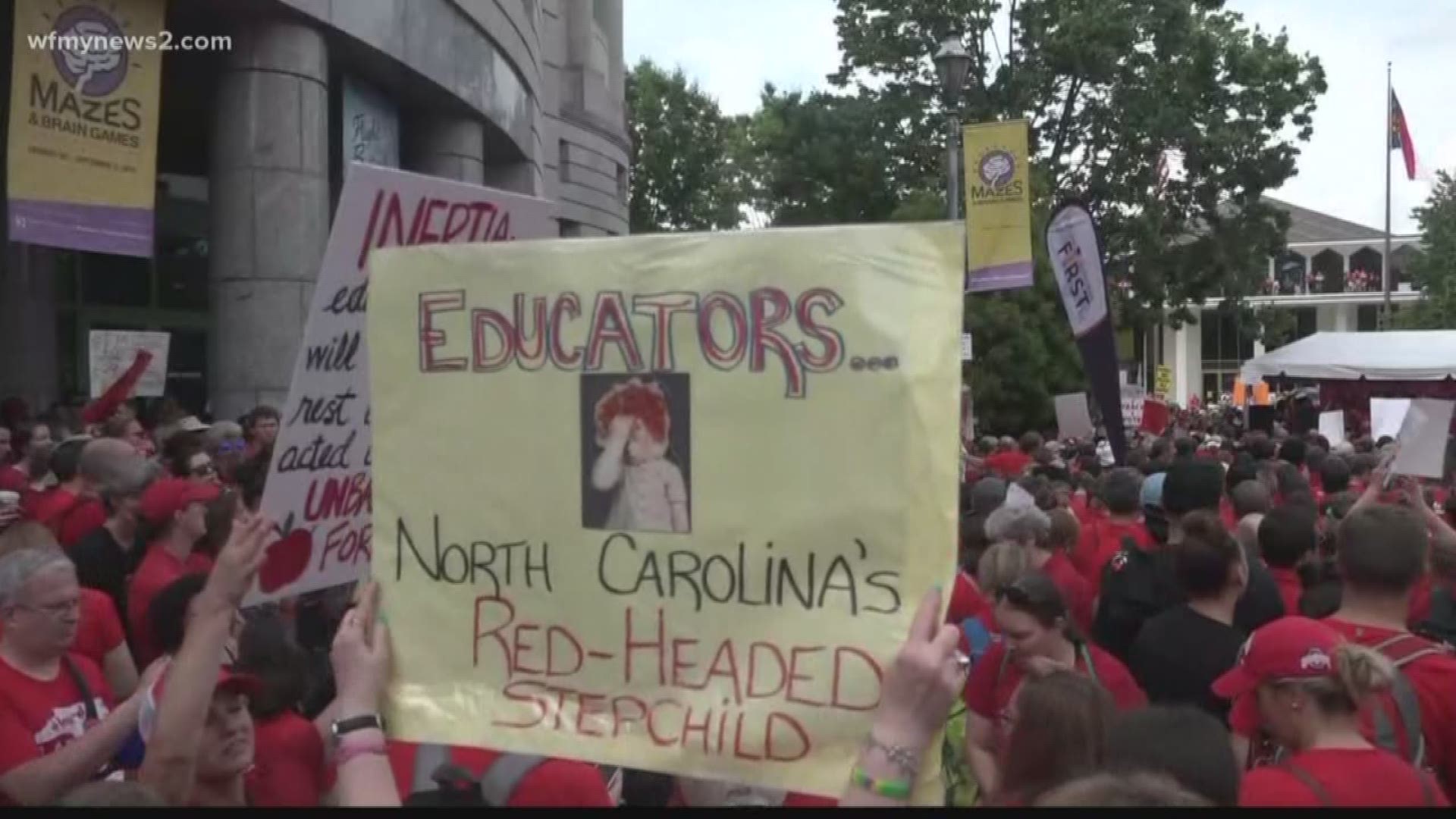 RELATED: Lexington City Schools Among Districts Closing on May 1 in Light of Teacher Rally

The Guilford Co. Association of Educators (GCAE) urged Guilford County Schools to close campuses for the day on May 1 in an effort to join other educators in Raleigh for a demonstration calling on funding needs for public schools.

At the GCS School Board Meeting Tuesday night, the Board voted unanimously to make May 1 an optional teacher work day. Instead, most schools will have a student day on June 11 - the new last day of school. It was previously a teacher work day.

Deena Hayes-Greene, Board Chair, says by making the decision now - they're giving people time to make arrangements for that day.

"We believe it's really, really important to support our teachers. We know they want the best for our students," she said.

As of Tuesday, school officials said 40 bus drivers, 200 cafeteria workers, and more than 1,000 teachers requested the day off.

We called every school district in the Triad about what their plans are. So far, most are not making a decision.

NCAE is calling on NCGA leaders to take five steps in its build-up to the May 1st mobilization:

"Those five demands are really going to help this year make a difference," said teacher Brittney Dennis, "So I am asking all the teachers in Guilford County to join us. I am asking the parents, as inconvenient as this is...I want them to consider the bigger picture. I know that in the long run, we are advocating to create better schools for their children."

Cafeteria worker Ron Surgeon says, it's about time everyone who helps a school operate gets a livable wage.