The announcement came Thursday. The district delayed the start date for middle school students by two weeks. Students will now return on January 21 and 25. 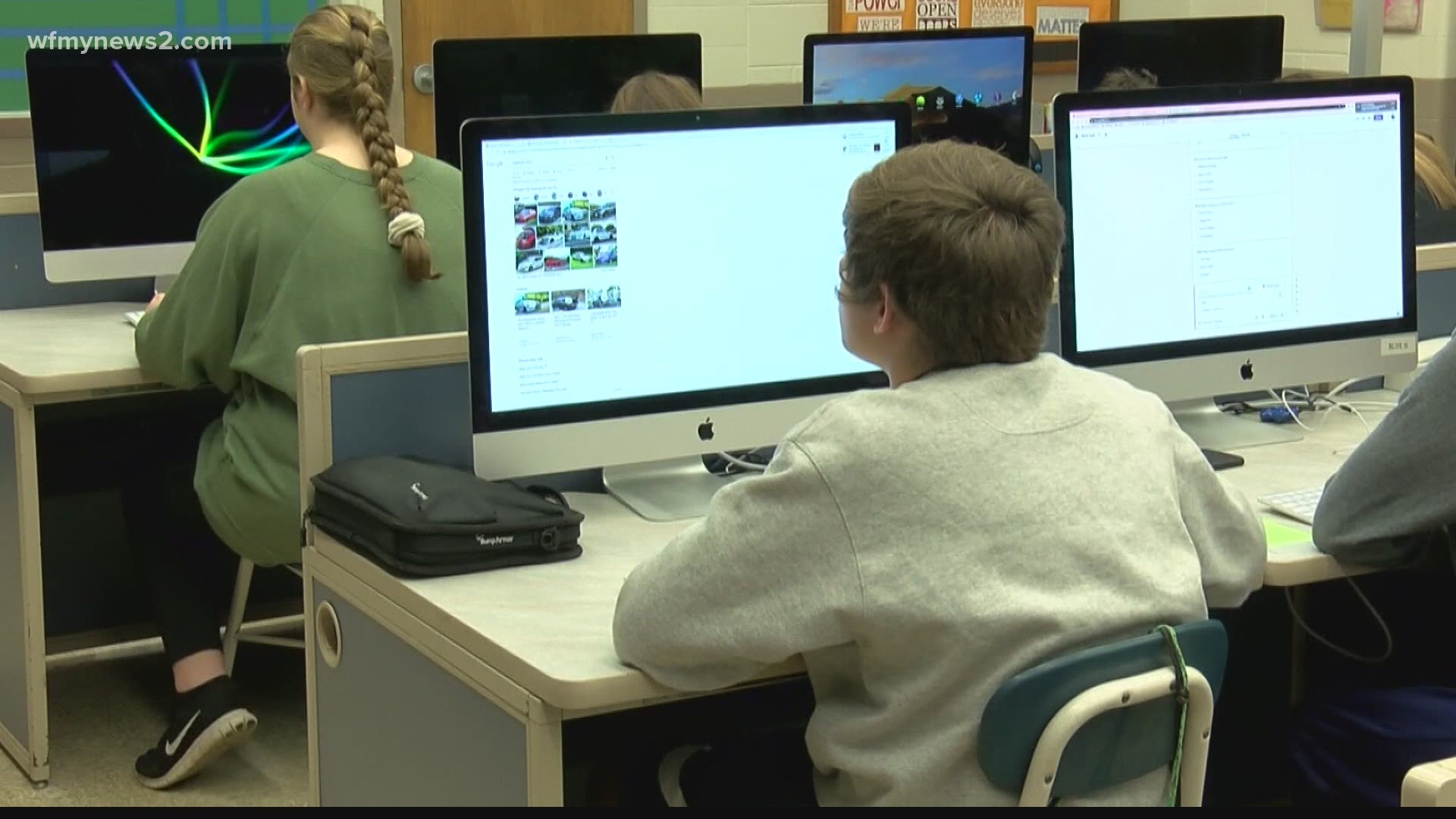 The first group made of sixth graders were originally scheduled to return next to school face-to-face next Thursday, will return on Thursday, January 21, instead.

Middle schoolers will continue with online learning until then.

“While middle schools are ready to open, the delay gives district administrators additional time to review COVID-19 data, science and health protocols pertinent to this age group of students,” GCS said in a news release.

High schools are scheduled to reopen for in-person learning on Thursday, January 21.

“The board is keeping constant communication with North Carolina’s health experts, local health scholars, Cone Health leaders and other state medical experts to cautiously implement the next step in the district’s plan to bring elementary students back to class,” Guilford County Board of Education Chair Deena Hayes-Greene said in a statement to WFMY News 2.

Hayes said there is an increased risk associated with the middle school age group as their school day includes moving around more than elementary students and changing classes.

Elementary school students will return for in-person learning as planned on Tuesday with Monday being a Teacher Workday.

Hayes said the rising numbers of COVID-19 cases, the record number of hospitalizations and the increased risk associated with holiday gatherings were considered during the decision-making process.

"This is like the fourth time I think they’ve been promised to start up and this time it got as far as they knew what cohort they were going to be in," Mom Kristin McLeod said. "It's devastating to my kids I have a daughter in eighth grade and they need to factor in mental health."

"Haven’t they been cutting it close to the wire every time?" Mom Julia Oliver questioned. "Like even pushing back the elementary kids in October they announced on a Friday and they were supposed to go back on a Monday. They need to let parents know earlier."

"The practical side of me understands the numbers are high and we need safety protocols to put our kids and teachers first," mom and teacher Cathryn Campbell explained. "The mom side of me, It’s breaking my heart."

"My son has been having problems and he was excited to go back, I don't know how I'm going to tell him," another mom Julie Kyle stated.

As of Friday, there are 24 active COVID-19 cases in the district according to its dashboard.

The Guilford County Department of Public Health reports a positivity rate in the county as 10.7%, down from a high of 16.5% two weeks ago. But in terms of the metrics, there is no set threshold the district is adhering to anymore.

Previously, the Board of Education was basing reentry decisions on a 5% or lower figure. 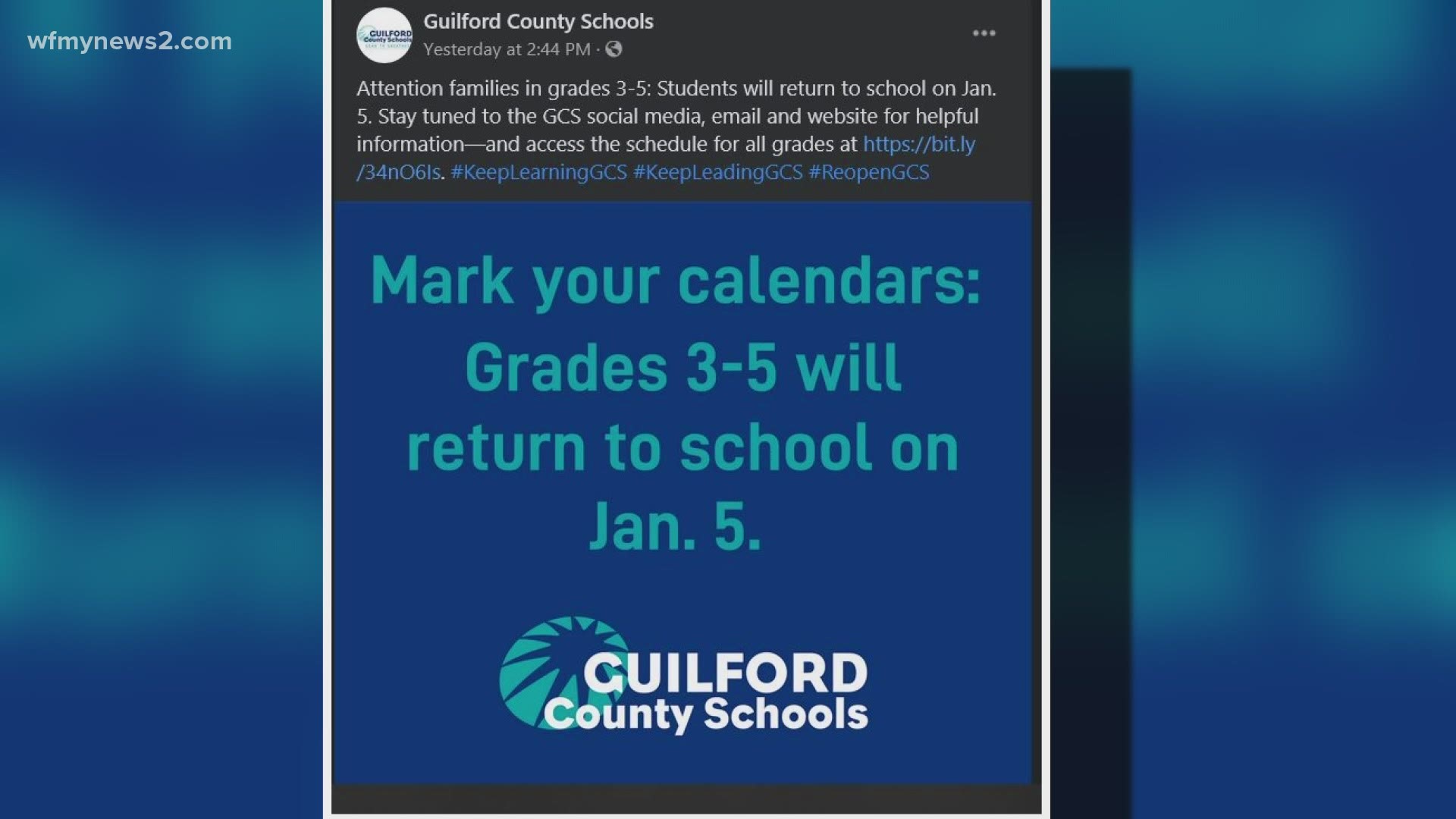