North Carolina Lt. Gov. Mark Robinson, a Republican on the state board, says America hasn't ever been a systemically racist nation. 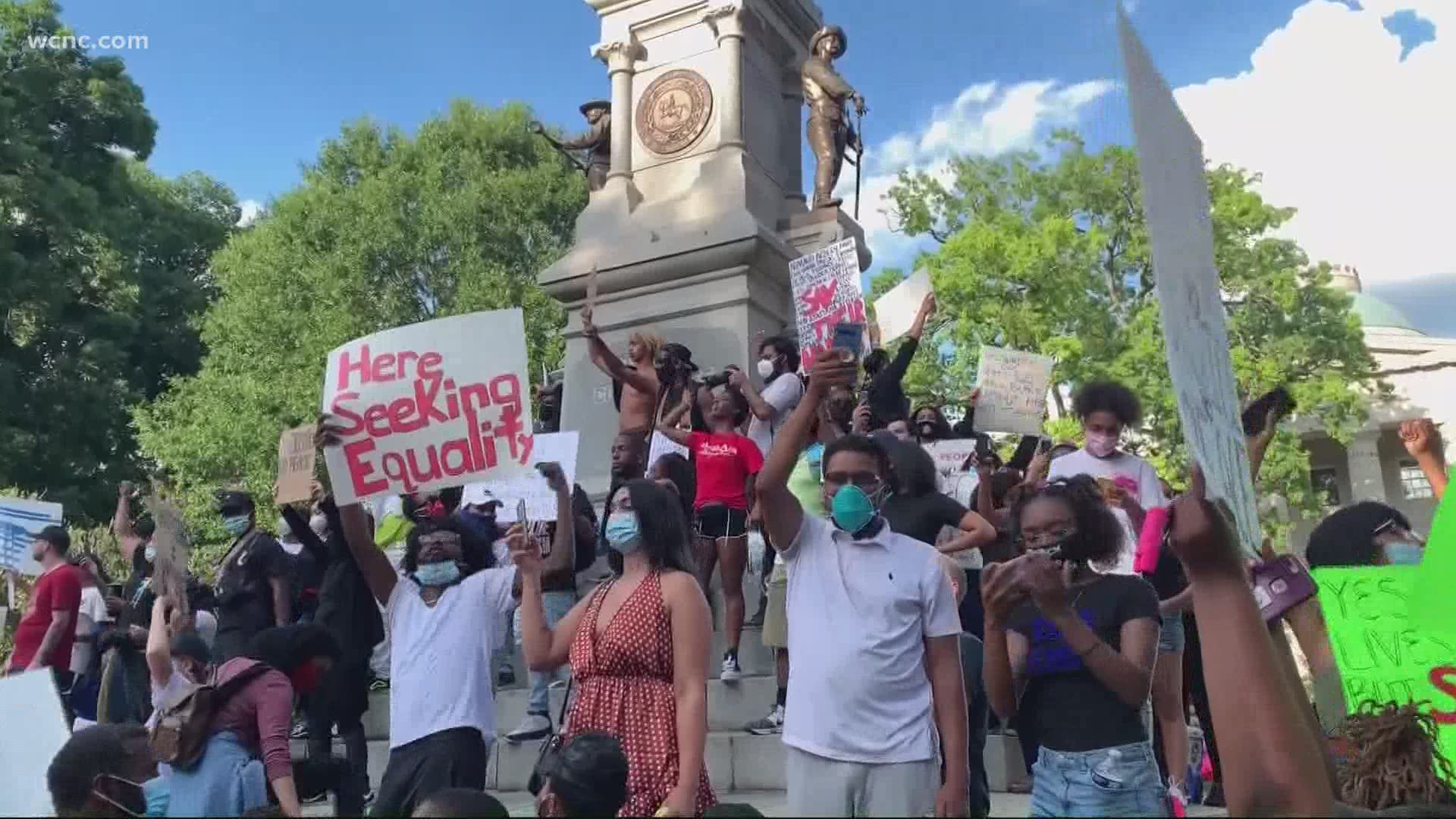 CHARLOTTE, N.C. — The North Carolina State Board of Education is proposing making changes to graduation requirements for certain students during Wednesday's meeting but they're also preparing to vote on a controversial topic: how history should be taught in schools.

The board has proposed getting rid of a state CPR requirement and decreasing the amount of "paid work hours" students with disabilities need to graduate in 2021. Those two issues pale in comparison to the proposed changes to what students learn about America's racist past in social studies classes.

The debate boils down to whether these three terms should be added to the state's education standards: systemic racism, systemic discrimination and gender identity.

The board is divided. Lt. Gov. Mark Robinson, a Republican who sits on the 13-member board, says the terms wrongfully paint America as a divided nation.

Those who oppose changing the standards, including NC’s first black Lt. Governor, Republican Mark Robinson who is also on the board says the terms untruthfully depict America as a racist country. He says we’ve “never lived in a systemically racist nation.” @wcnc https://t.co/WcFbEBQ9At pic.twitter.com/fvIbi7mAcz

"If it's suggested to our students that our nation is systemically racist and we have these systemic issues, then what hope is there for recovery, repair and moving on in the future?" said a spokesperson for the Family Policy Council.

Meanwhile, Equality NC, an LGBT advocacy group, says the word "systemic" rings true to the ongoing oppression of marginalized groups. A spokesperson for the organization said, "these words are important to know that we are analyzing a system at large."

The suggested changes were developed by social studies teachers from across the state and by using feedback from public surveys in an effort to develop more inclusive coursework.

State Superintendent Catherine Truitt is against adding the words system to state standards, saying she prefers to simply call it racism.

The board will meet Wednesday morning and Thursday before making their final vote.