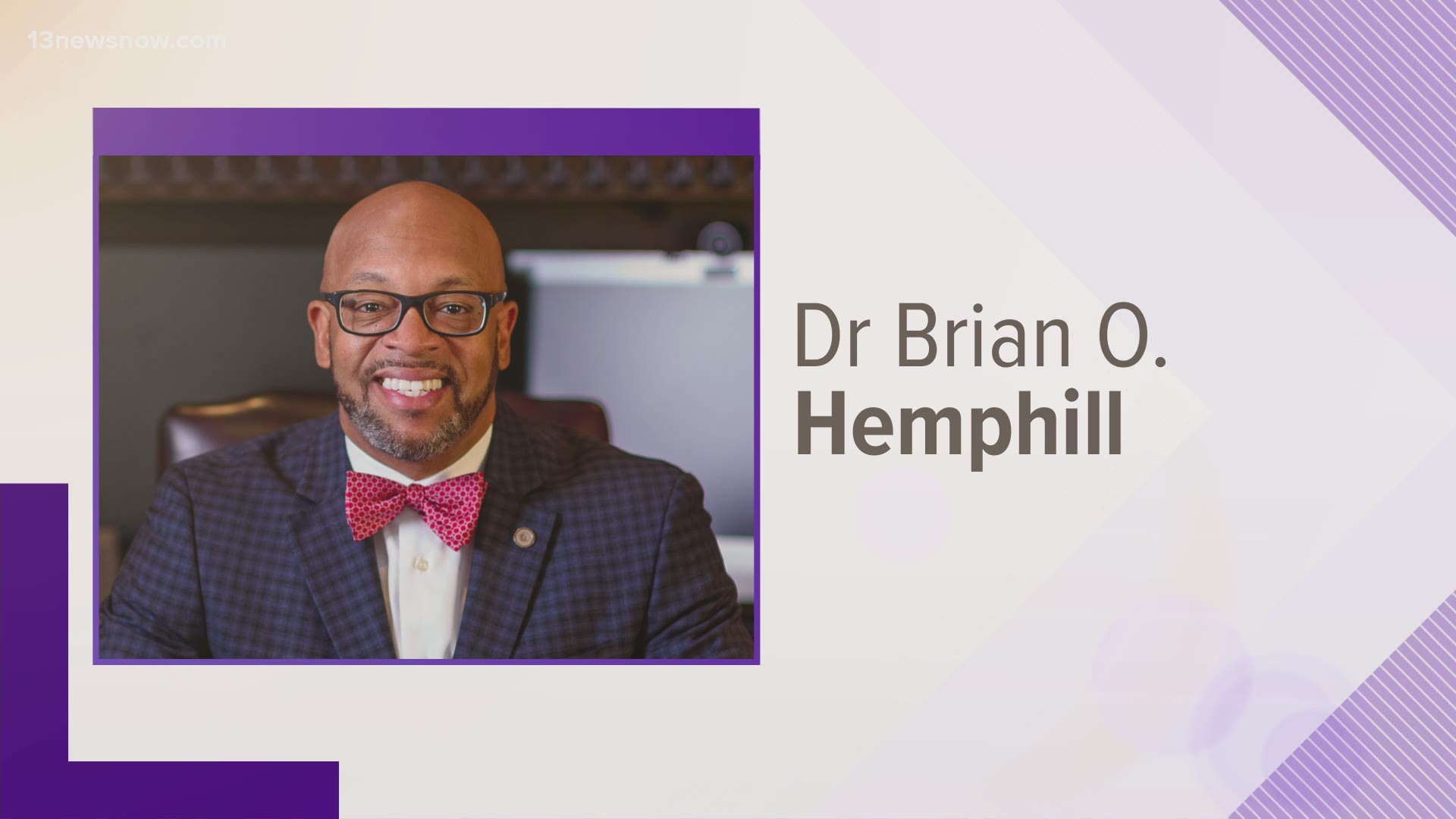 By this summer, Old Dominion University will have a new president who will serve as the school's very first African-American leader.

On Friday, the ODU Board of Visitors announced that it unanimously voted to make Dr. Brian O. Hemphill the school's ninth president. Dr. Hemphill currently serves as the president of Radford University.

He'll succeed Dr. John Broderick and take over this summer.

Dr. Hemphill has served as Radford's president since 2016. Previously, he served as president of West Virginia State University. Before that, he was vice president for student affairs and enrollment management at Northern Illinois University.

He will be introduced to the university community at a virtual event on Friday, Feb. 19.

Dr. John Broderick announced his retirement last year. He's worked for the school for 28 years and served as its president for 13 of those years.