'They Need to Get it Together' | Parents Demand Raises for Bus Drivers, County Points to State

Guilford County School parents will speak at the Board of Commissioners meeting Thursday night to advocate for bus driver raises. 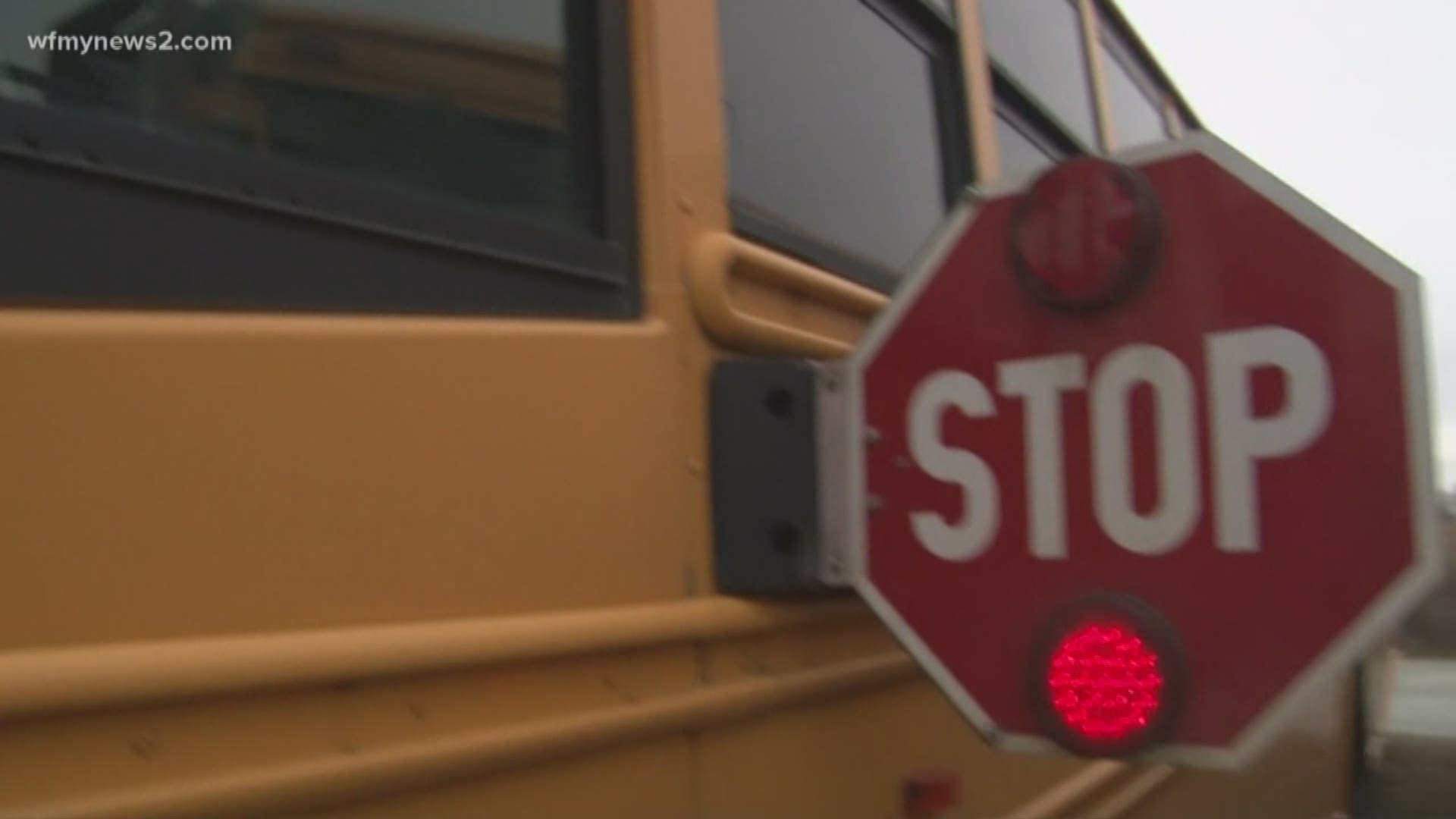 GREENSBORO, N.C. — Many parents rely on bus drivers to get their kids to school safely every day, and now those drivers want better pay.

"I mean, driving in a car with three kids feels sometimes unmanageable also having dozens and dozens of kids and being able to keep a safe environment, it's critical that those people are being compensated fairly," said Heather Scavone, another GCS parent.

RELATED: 'It's Not Fair to the Kids' Some Guilford County Bus Drivers Don't Support the Walkout

Parents say it's a difficult job as well.

As some bus drivers with Guilford County Schools plan a walkout to protest pay, some parents are standing with them.

Several Parents plan to speak at Thursday's commissioners' meeting to show their support.

"We really are paying attention and we want them to step up and provide the funding needed," said Isabell Moore, a mother who plans to speak at the meeting.

Alan Branson is the Board chair of the Guilford County Board of Commissioners.

He welcomes the parents' feedback, but says the county's hands are tied.

"The Guilford County Board of Commissioners has passed their budget, so Guilford County Schools knows what that is, they know what they have to work with on our end," said Branson.

Guilford County Schools fell $6 million short of what they requested from the county for this year's budget.

GCS said that money would have been used to pay bus drivers more.

Branson says the rest of the money lies in the hands of the state.

"There is only a certain portion of money that we have available, we did move some money around," said Branson.

"We placed a 4% pay raise in the budget this year for school support staff which would include bus drivers, but the governor vetoed it and we're at an impasse," said North Carolina House Representative Jon Hardister.

Hardister says he understands the frustration for parents, bus drivers, and students, and says the state is working towards a solution.

"We hope to stay on the job because we've got to get the kids to school," he said.

Parents have also started a petition in support of bus drivers.