"I think it's something that's very important to them. I don't know that I'd advocate necessarily doing that," the Congressman said of the teacher walkout on Wednesday. 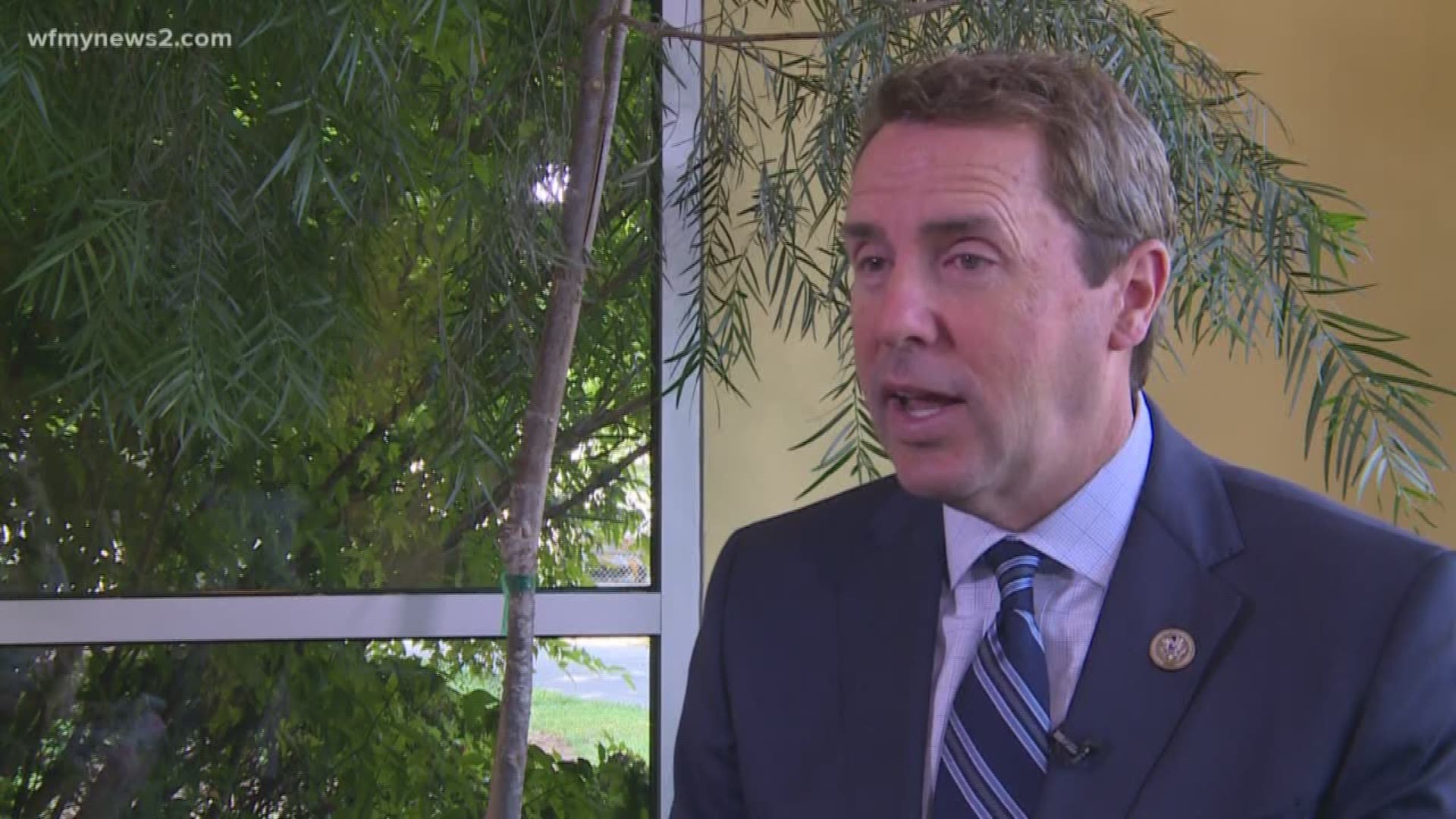 On Wednesday, Raleigh is expected to see a massive teacher turnout for what’s been dubbed the March for Students and Rally for Respect. Thousands of teachers want to get the attention of lawmakers to demand better for their students and themselves.

While Congressman Mark Walker is a federal lawmaker, he's certainly paying attention to what's going on with teachers at the state level. The Republican representing North Carolina’s 6th congressional district says his younger brother is a teacher and he often hears about the issues educators face.

He knows many school districts across the Triad and the state will shut down Wednesday, because teachers will instead be making their voices heard in Raleigh. It's not necessarily the way he says he'd like to see them go about it, but he does sympathize with their cause.

"To go as far as to walk out in the classrooms I think it's something that's very important to them. I don't know that I'd advocate necessarily doing that, but in their hearts and minds for the ones that we've talked at, I think these are the people that feel this is the only way that they can get the kind of attention," he told WFMY News 2.

He went on to say, “I know we’ve seen some raises over the last few years, but hopefully that money that’s being sent back, it’s not going to the administrative side of things, but actually getting into the teachers’ hands or providing teachers’ assistance, whatever they might need. Because we want our children learning in the best environment possible.”

Congressman Walker says North Carolina leads the nation as far as what percentage of the budget goes toward education. He says it's not always a monetary issue, but just how those funds are being appropriated that can make the difference.