A new chapter in the saga over an ousted Triad superintendent 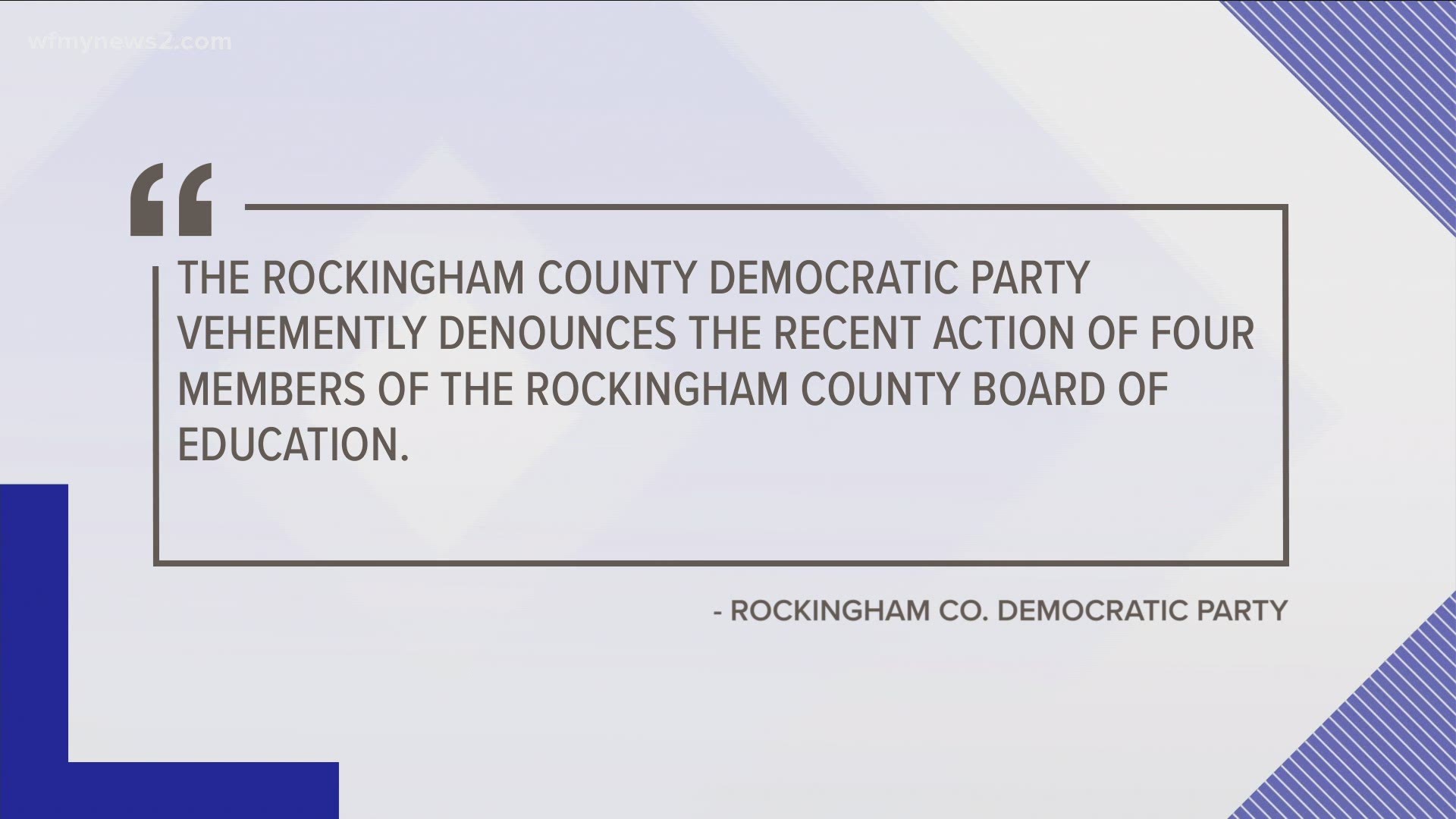 ROCKINGHAM COUNTY, N.C. — It's not often you see a political party defend a member of the opposite party who was fired.

On Monday, the Republican-led county Board of Education fired Superintendent Dr. Rodney Shotwell.

In a statement regarding the 4-3 vote, the party said it "vehemently denounces the recent action of four members of the Rockingham County Board of Education."

To add another layer to this bizarre story, on Friday afternoon, the Reidsville NAACP chapter is holding a news conference to also condemn the firing.

WFMY News 2 spoke with former board member Amanda Bell. She served on the board since 2004 but decided this year not to run for reelection when she chose to run for state office instead.

We asked her why the NAACP would get involved. She said Shotwell was an advocate for African Americans and he helped increase the graduation rate during his time at the helm.

She said, "I believe it was a very reckless situation (to fire him) based on the situation with the pandemic. I don’t think they were thinking about the welfare of our students or parents.”

So, why did the board vote to fire him?

WFMY News 2 reached out to every board member who voted to fire him. Apparently, they don't have to give a reason.

In a statement yesterday, Board Chair Kimberly McMichael said, "The Board of Education voted 4-3 to terminate Dr. Shotwell's contract. No reason was provided because the contract allows termination with a 90-day notice."

We also talked to Dr. Shotwell yesterday but it didn't seem he knew either. He officially leaves his position in March.