T.A. Brown Elementary reopens years after it was deemed unsafe for kids

The school was demolished back in October of 2017. 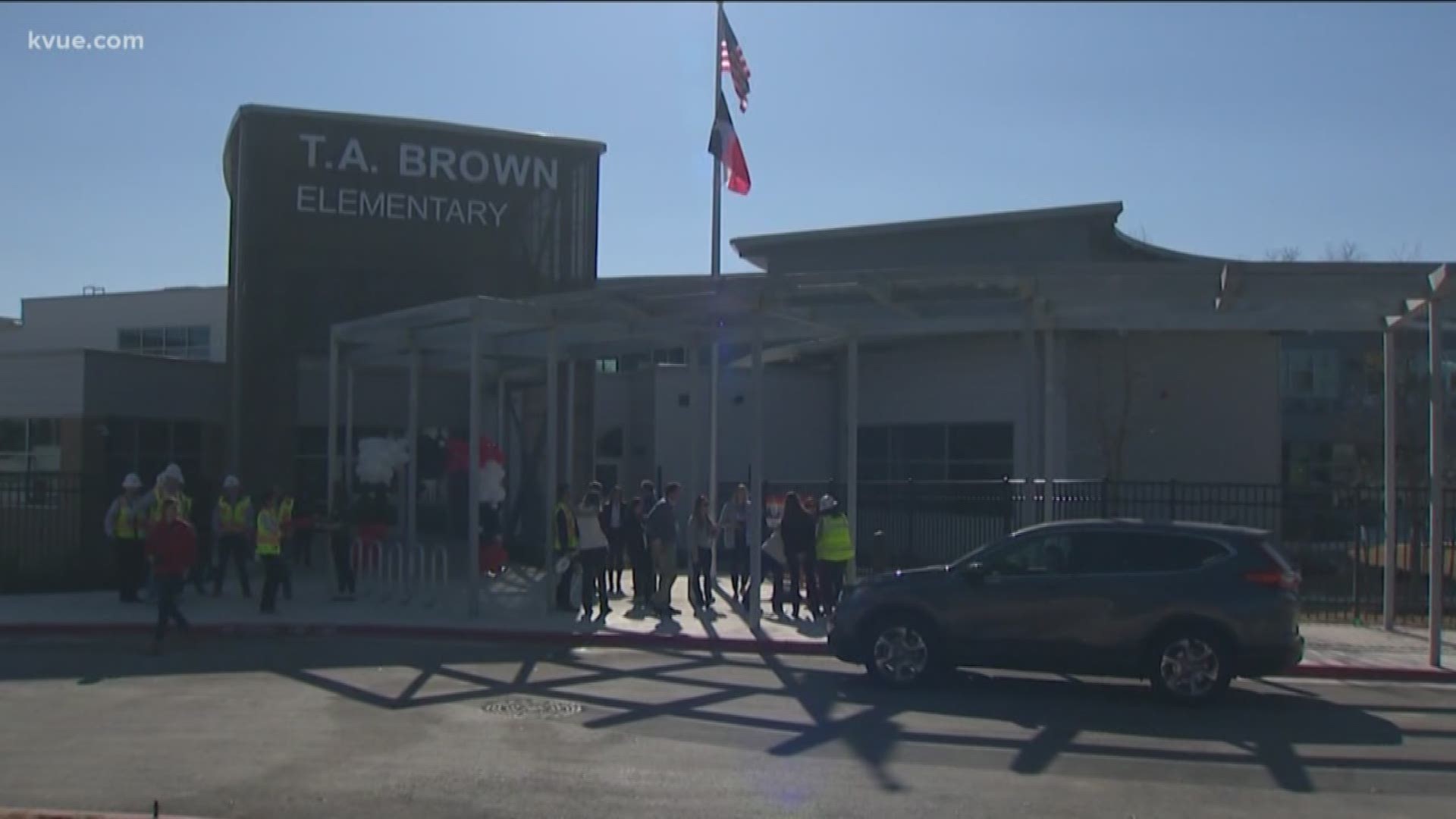 AUSTIN, Texas — Students at the T.A. Brown Elementary School will start the spring semester in a new facility.

"We have more space and we can concentrate. I like the chairs, how they're, like, wobbly," said Isabela Vaca, a fifth-grader at T.A. Brown."We can go outside. We can read books. Do the math."

“We have new lighting, we’re thinking about our earth and trying to teach children about life," said Veronica Sharp, T.A. Brown's principal. "Not just being in school, problem-based learning. We’re trying to teach them to connect the inside to the outside."

Back in November of 2016, the school closed after it was deemed unsafe for kids. The district told KVUE it discovered problems with the school's floors. The school was demolished nearly one year later.

“Our job, our responsibility, is to make sure we’re transforming the lives of every single child in this community. This school is a great example of it," said Gironimo Rodriguez, the AISD board of trustees president.

The school was in such bad condition that the floor was in danger of caving in or collapsing in some areas.

Parent: "We want T.A. Brown to be a priority"

“The engineer reported that the precast channels have deteriorated and likely no longer have sufficient structural capacity to support code prescribed loads,” Superintendent Dr. Paul Cruz said at the time. “Given the large number of damaged channels, there is a concern that a portion of the floor framing could fail and possibly collapse.”

The new facility is designed as a green school that is rooted in science, technology, engineering, arts, mathematics and outdoor learning, the school said.

"It’s not just about the buildings," said Rodriguez. "The students here, the teachers here are a great example of how we’re managing change for the future and that means some difficult conversations, difficult choices."

Rodriguez is talking about the controversial School Changes plan. He said they're trying to make things better.

"The way we look at how we educate our children in the 21st century has to be different. It has to meet their needs, not the adult needs," said Rodriguez.

The campus, which cost nearly $31 million, was paid for through a bond project.

Top-selling remedies for cedar allergy relief, according to two pharmacies

As Cedar Fever rages on, here are tips on how to avoid it during peak season