What does student loan forgiveness look like under the Biden administration?

President Biden has pitched forgiving $10,000 for each borrower. 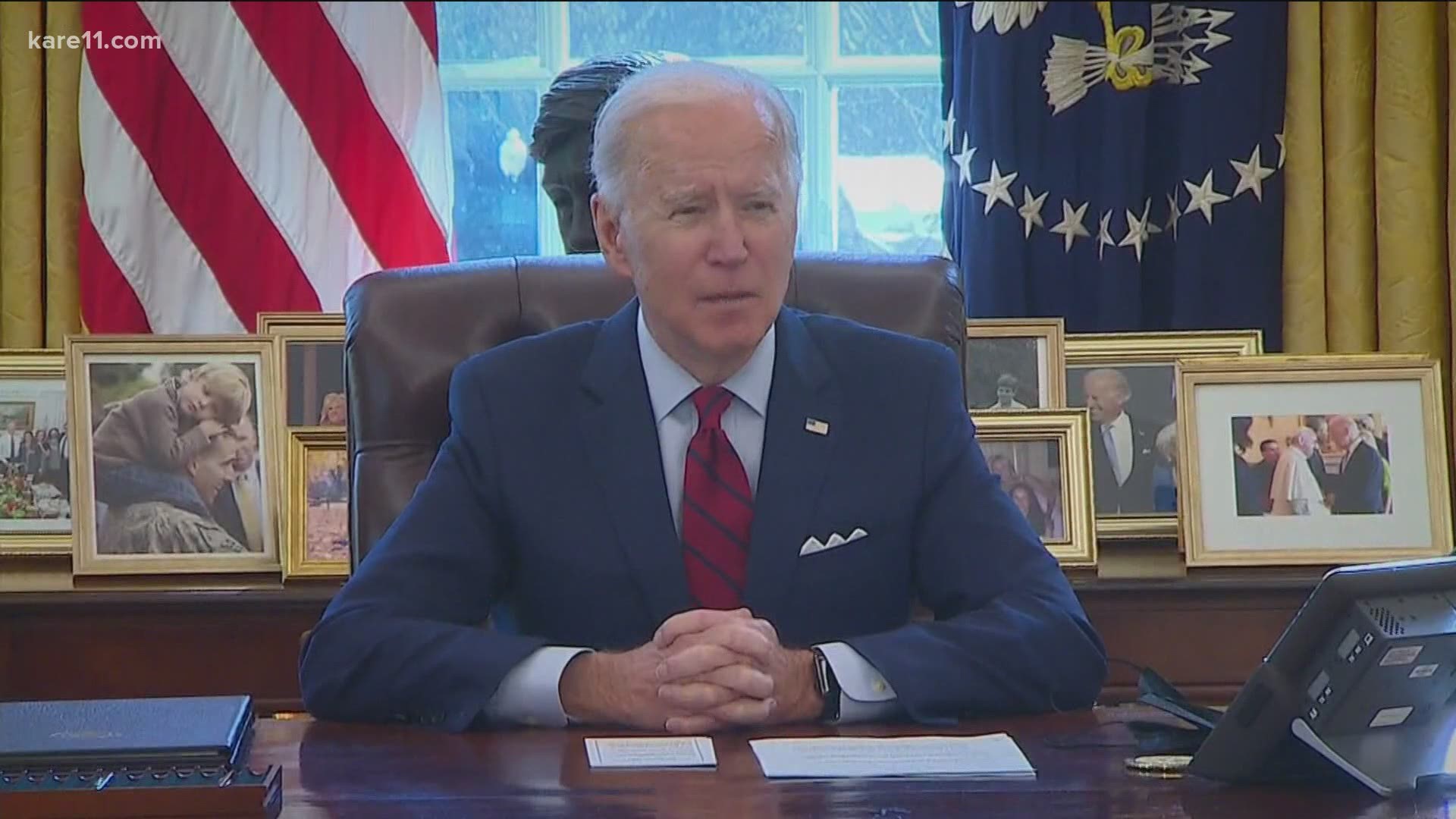 MINNEAPOLIS — Nearly $1.7 trillion is what the U.S. student debt loan totals to currently.
Yes, that's trillion, with you know, 12 zeroes trailing the 1.

Of that unappetizing debt pie, $25.5 billion is Minnesota's slice, according to EducationData.org.

Jonathan McNicholes, the state chair for Students United, is familiar with that figure.

"We are a student run organization, our board of directors is made up of the seven university body presidents of each of the Minnesota state universities," McNicholes explained. "All of our officers are students from across the system. We do advocacy at the state (and) federal system level on student related issues."

McNicholes is also a graduate student at Metropolitan State University.

He said President Joe Biden's idea to forgive $10,000 of federal student loan debt to each borrower is a solid first step.

"But many also recognize that it's going to be helpful, but not completely helping to resolve the need that they are really seeing," McNicholes said. "And you're going to see a lot of students pushing for that 50,000 as well."

McNicholes cited post-graduation productivity as one of the many reasons why student loans should be forgiven.

"You're going to get a full time job, start paying back everything, going to start looking for houses, being involved in the housing market, having children," McNicholes said. "But nowadays for students, that's not a reality. Most of them are not going to be finding a house most of them cannot even afford to begin thinking about taking on a mortgage with that amount of student debt and that's postponing that part of our economy."

McNicholes also added that in these times, higher education is slowly becoming mandatory, leaving many to take on debt without a choice.

"They have very limited chances, to successfully get to the jobs they want to get without a higher education degree," McNicholes said. "So they're going to do it that's the only way forward for a lot of the students."

However, some oppose debt forgiveness, citing setting a bad precedent.

“The idea that the federal government should cancel student debt is irresponsible and sets a bad precedent. What does it say to all the persevering, middle class Minnesotans who worked so diligently and sacrificed so much to pay back their loans, or to those who chose a different educational or career path to avoid student loan debt? Federal policies should encourage self-sufficiency and personal responsibility and also treat citizens uniformly.”

McNicholes said he believes that argument does not address the future.

"Would we not house the homeless for the people who have escaped homelessness?" he asked. "We support the people that are in need. It's fantastic that people paid it off, but that doesn't mean there aren't people who are struggling. Just because you were able to escape, or others were able to escape the disenfranchisement that they've experienced, it's not a good reason to not help those who are still struggling."

President Biden is facing mounting pressure to increase the debt forgiveness amount by a number of Democratic senators. So far, other than issuing an executive order extending the pause on student loan payments during the pandemic to the end of September, Biden has not indicated any legislative action.