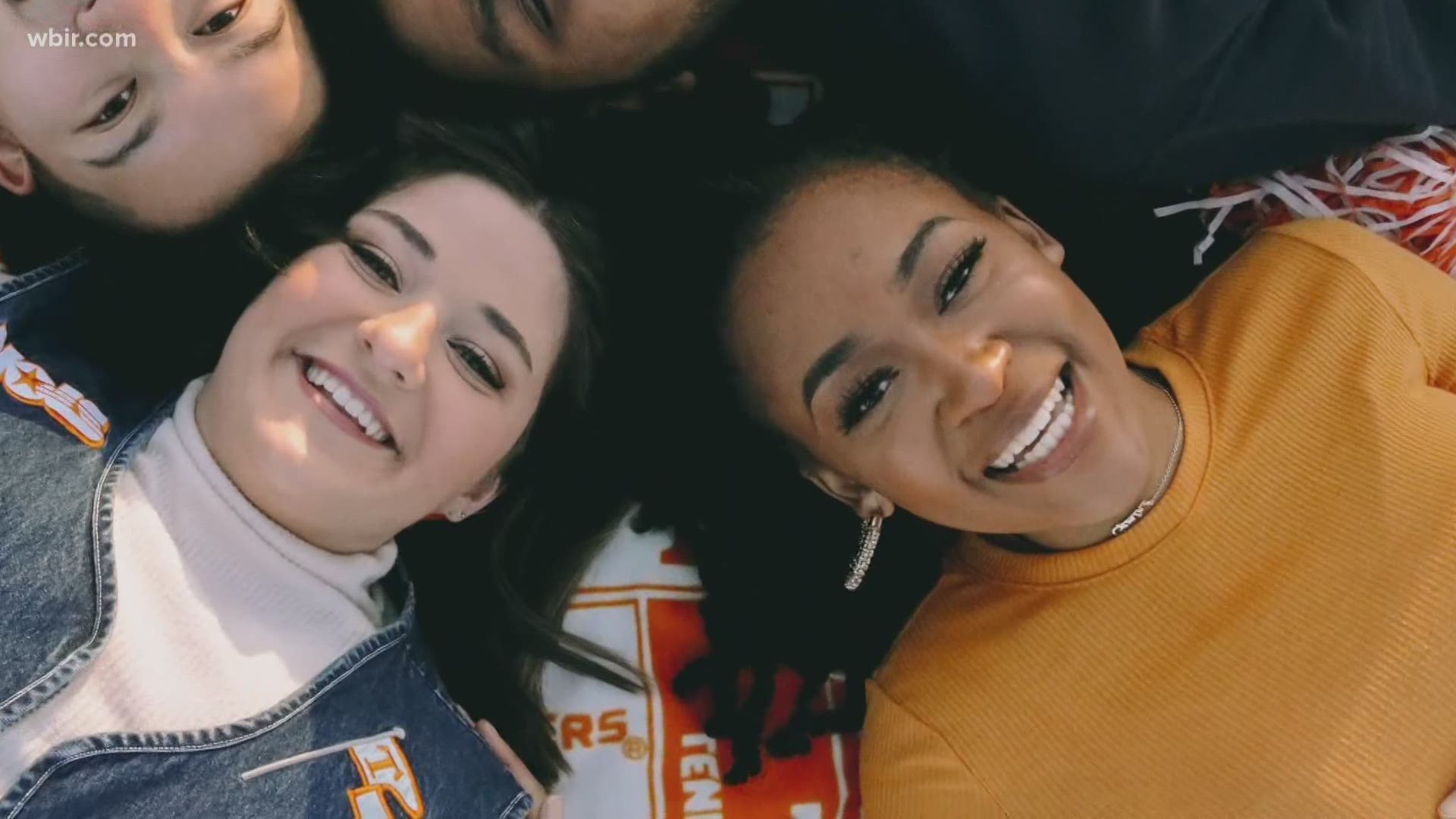 KNOXVILLE, Tenn. — At twenty-one years old, Karmen Jones has made history at the University of Tennessee.

The senior from Marion, Ark. is the first woman of color to be elected president of the predominately white school's student government.

"It’s kind of hard to realize that it’s actually me," she said. "I understand that the pressure is probably going to be times two but I’m ready for the challenge."

As an underclassman, Jones watched UT confront antisemitism and racism.

"I was in a place at one point where I was exhausted," she said. "I don’t think the University of Tennessee Knoxville can really be at its best unless we say 'Hey this is real. This is a priority.'"

Jones said she battled her own feeling that the presidency was not for her.

Black people, she said, have been viewed as "tokens" when it comes to student government elections.

Now, weeks after her swearing in, the university and the country are grappling with more slaps of racism and racial injustice.

"Being a black woman, I was not surprised by George Floyd's death or any of the other incidents that have happened," Jones said. "But once I got in this role it was: how do you respond to this?"

Since the start, her top priority has been reforming the school's code of conduct to make hate speech count as harassment and favor cultural education over punishments like expulsion.

"It starts off with someone saying the N-word and then it grows and hate grows and grows and it gets to this point where it’s almost uncontrollable because you didn’t prevent it," she said. "If you don’t handle it correctly when it’s at these micro-scales, it will turn into something much larger."

She wants reforms to make UT an anti-racist institution.

School leadership often says "Vol means all." Now, its first black woman student president wants reforms so others will follow in her footsteps.

"I want to inspire someone who looks like me to say 'I don't have to run for vice president I can run for president.'"