Professor John B. Goodenough is an inventor, teacher, engineer and now a Nobel Prize winner. 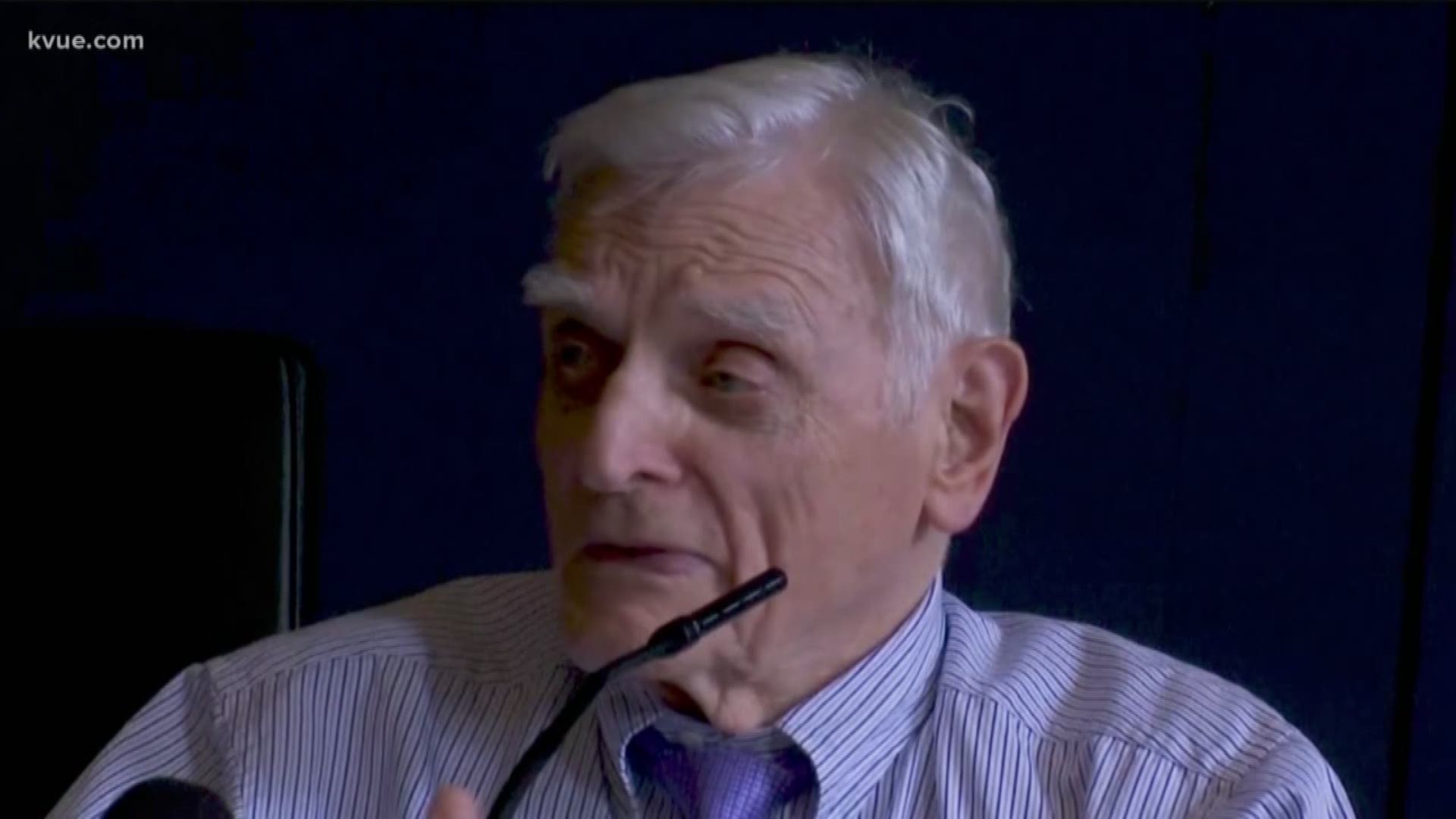 AUSTIN, Texas — Another University of Texas at Austin professor is a Nobel Prize winner.

The university announced Wednesday morning that Professor John B. Goodenough won a Nobel Prize in Chemistry for his work on the development of a lithium-ion battery.

“Live to 97 (years old) and you can do anything,” said Goodenough. “I’m honored and humbled to win the Nobel prize. I thank all my friends for the support and assistance throughout my life.”

The battery is a lightweight, rechargeable battery that is now used in everything from phones to laptops and electric vehicles. It can also store significant amounts of energy from solar and wind power.

"The lithium ion battery has been able to help communication through the world. We need to build relationships, not walls. But we are indeed happy that people use this for good and not for evil," he said.

He said he didn't anticipate the award and that Wednesday was a very busy day.

"Lithium-ion batteries have revolutionized our lives since they first entered the market in 1991. They have laid the foundation of a wireless, fossil-fuel-free society, and are of the greatest benefit to humankind," the Nobel Foundation said.

Goodenough won the award along with M. Stanley Whittingham of the State University of New York at Binghamton and Akira Yoshino of Asahi Kasei Corporation and Meijo University in Japan.

"What am I most proud of? I don't know, I would say all my friends," Goodenough said, laughing. "I've had an interesting career."

Matthew McConaughey, who is now a fellow professor at UT, took to Twitter to congratulate Goodenough on his big win.

One of Goodenough's colleagues at UT Austin, Arumugam Manthiram, has known Goodenough since 1985. He FaceTimed with KVUE on Wednesday.

"Talking to him is intellectually stimulating, number one. He's a gentleman and he's very modest. He's very nice and he treats everybody with respect," Manthiram said. "He's a gentleman and it is very inspirational to see him every morning and talk to him."

Lithium-ion batteries were first laid out during the oil crisis in the 1970s, but the metallic lithium in it was reactive, making the battery too explosive to be viable.

Goodenough predicted the battery would have greater potential if it was made with metal oxide instead. He then demonstrated that cobalt oxide with lithium ions can make as much as four volts.

"This was an important breakthrough and would lead to much more powerful batteries," Nobel Prize stated.

Yoshino then created the first commercially viable lithium-ion battery in 1985 with Goodenough's cathode as a basis.

According to the university, Goodenough is a professor in the Department of Electrical and Computer Engineering. He is also a member of the National Academy of Engineering, which is the nation's highest honor for engineering professionals.