Winston-Salem/Forsyth County School leaders came together Friday to address some of the challenges they've experienced during the first couple of weeks of school. 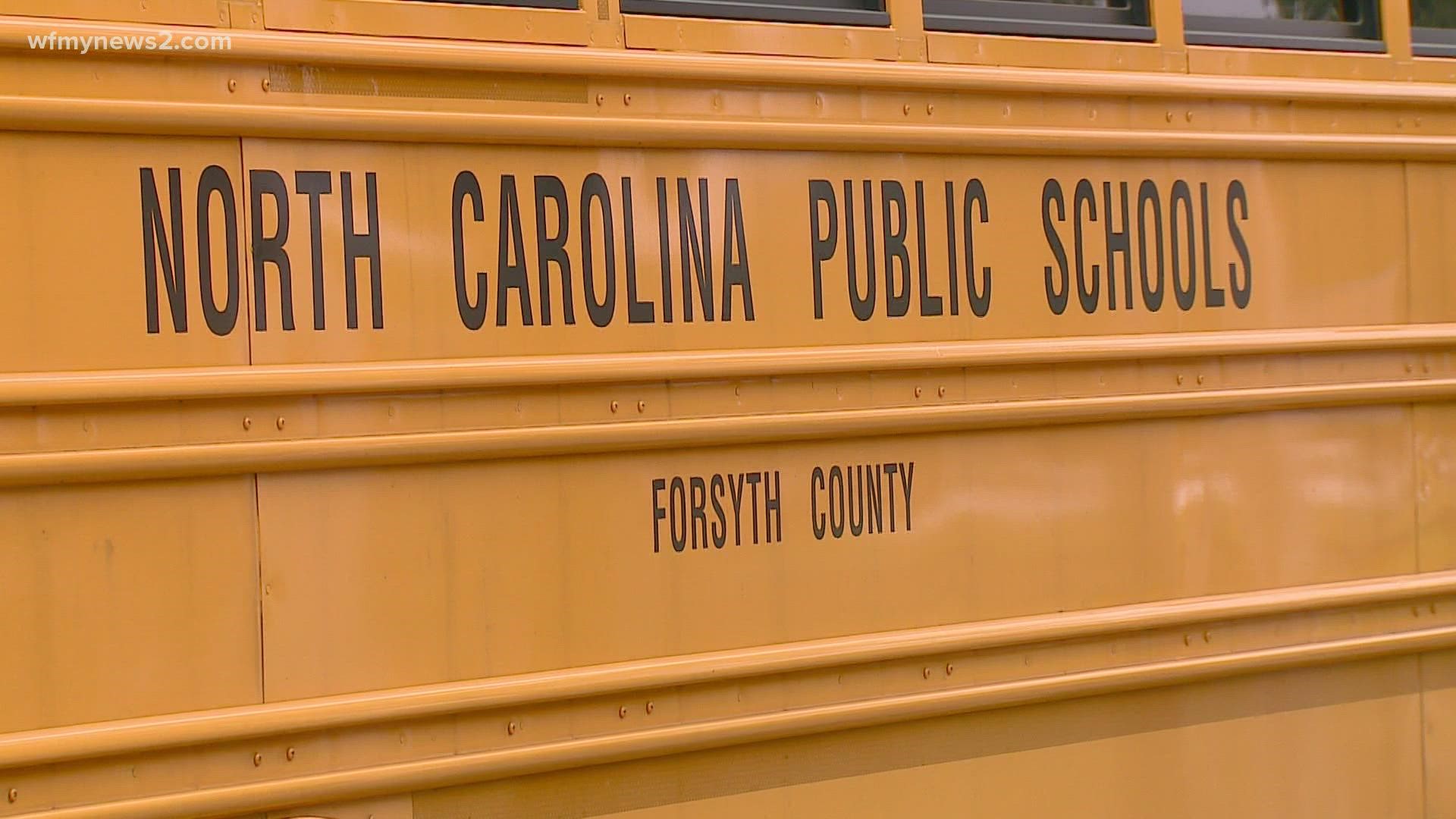 FORSYTH COUNTY, N.C. — Even though kids are back in school, the pandemic is still bringing challenges.

Winston-Salem Forsyth County School leaders came together Friday to address some of the challenges they've experienced during the first couple of weeks of school. One of the biggest is transportation.

Many students rely on the bus to get back and forth from school. It's typical for school districts to face transportation issues at the start of the school year, but this year has been more difficult.

"We have about 32,000 students signed up for transportation," WS/FCS Chief Operations Officer Lauren Richards said. "In a normal school year, pre-COVID minus driver shortages, only 23,000 students are actually riding the buses."

Richards said the district started the school year a few weeks ago with a shortage of about 60 bus drivers. Now that number is 87, causing them to think outside the box.

"Everything and anything we can do to try and improve our services and one of those ideas were to reach out to local charter companies and utilize them for our magnet school stops," Richards said.

An idea Superintendent Tricia McManus hope helps, but she said it is only a short-term solution.

"We just need to figure out how to be more efficient because one student being late to school is too many," McManus said.

The biggest challenge remains the same, retaining and hiring drivers. With the number rising, McManus has concerns.

Some of the district's recruiting efforts started last year. According to the district, returning drivers will receive a $1,000 retention bonus in October, all drivers received a pay rate increase in January 2021 with a minimum of between $15 and  $21, along with a few other incentives.

Alamance Burlington School system said at least 30 of its 150 buses remain parked on any given day, because of a lack of drivers. Some drivers are doubling routes, and other staff members, like coaches and custodians, are stepping in.