The National Institute of Mental Health says suicide is the second leading cause of death for young people in the United States. 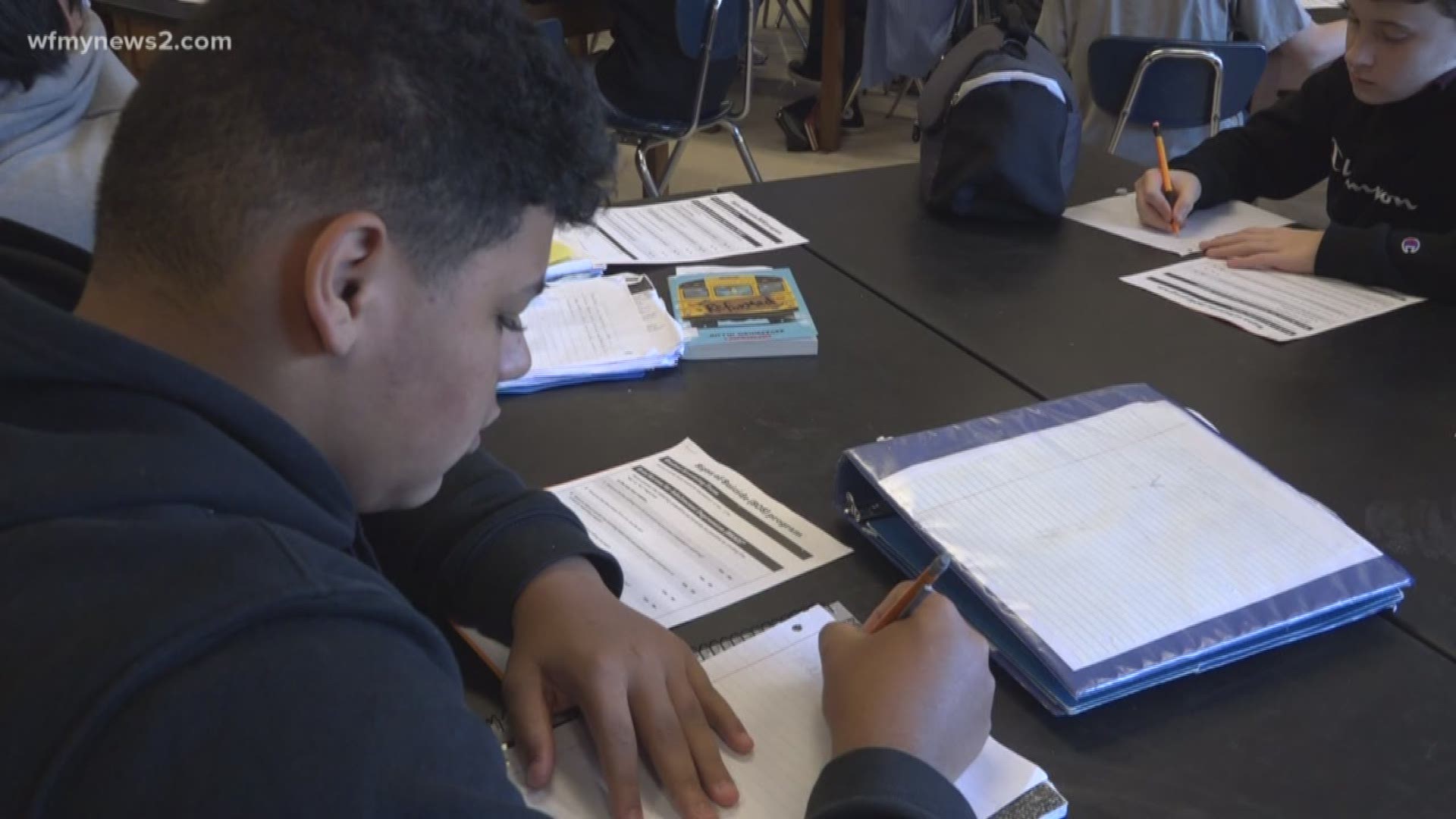 The National Institute of Mental Health says suicide is the second leading cause of death for young people in the United States.

The new program is teaching 7th graders how to spot signs of trouble and who and where to go to in order to get help.

"A lot of people in middle school feel like they have nobody to talk to and feel that suicide is the best choice and it is not," said Aspen James, a 7th-grade student at South East Middle School in Kernersville.

"Whenever I was six, my brother’s dad committed suicide so I've been through it. Talking about it kind of makes me feel uncomfortable but at the same time I feel I can help someone get through it,” added James.

WSFCS says the suicide prevention education and depression awareness is part of the SOS Signs of Suicide® Prevention Program.

"It’s all about education and it's all about letting students know that it is ok to open up and start that conversation. These days a lot of our students are dealing with a lot more than they used to, so we are giving them those avenues to communicate with each other and with adults,” said Stephanie Gentry, principal, SEMS.

School district officials say with the help of the course, which spans over two days and goes through December 6, the district is proactively addressing the rising rate of youth suicide in North Carolina by raising awareness about positive mental health.

"Our district personnel have worked closely with our guidance counselors and our administration staff to make sure our students have an opportunity over the next two days to be exposed to this curriculum," said Gentry.

The course is being made possible through a partnership with Wake Forest University University Athletics and Will TO Live Foundation, an NGO founded by former major league pitcher John Trautwein. Trautwein's teen son, Will died by suicide.

"There is a robust program for our students but what we found out was there wasn't a program for the middle and high schools in the Winston-Salem area, and even across the country and so there was a gap and there was a need," said Barry Faircloth, a Senior Associate Athletics Director at Wake Forest Univesity.

"What we are trying to do is create awareness around depression, that it's real and it's ok to raise your hand and say you are struggling and that there are resources there to help you,” he added.

The SOS Prevention Program uses educational videos and guided discussions to teach students about how to spot the warning signs of suicide and depression. Students are also encouraged to ACT (Acknowledge, Care, and Tell) by reaching out to a trusted adult if they are concerned about someone or if they themselves are in need of support.

How do you know when a loved one or someone you know need help?

According to the American Foundation of Suicide Prevention, some of the warning signs of suicide are:

• Talking about wanting to die. About 50%-75% of people who attempt suicide tell someone about it first.

• Finding ways to kill themselves, like hoarding medicine or buying a gun.

• Losing interest in things and becoming withdrawn from family and friends.

What You Should Do

If you know someone who is thinking about suicide, you should not leave them by themselves. Also, remove anything that might be harmful to the person, such as guns, according to NIH.

"Try to get your loved one to seek immediate help from his or her doctor or the nearest hospital emergency room, or call 911," NIH says on its website.