GREENSBORO, N.C. — Sue Villarrubia, like many who witnessed the events of September 11, 2019, remembers exactly where she was when World Trade Center towers fell.

It was her third year teaching 2nd grade for Guilford County Schools. When the news broke, Villarrubia calmly walked her class outside to recess, then desperately tried to contact her family members back home in New York and Connecticut. She heard no response for hours.

"I remember that feeling like it was yesterday," Villarrubia said, "I just looked at my students and I knew I couldn't raise fear in them."

Villarrubia's student-first approach then carried with her to her current position as principal of Jefferson Elementary School in Greensboro, North Carolina. Her efforts to create a positive educational experience shows itself on days like today.

The school invited members of the Greensboro Firefighters from Station 18 and Greensboro policemen and policewomen to talk with students on September 11 remembrance. Most students at Jefferson Elementary were born almost a decade after 2001, so Villarubbia and her teachers take another route to teach the kids gratitude for first responders.

All week, the students have learned about the people who motive and inspire them, in preparation for this morning.

"I don't think they understand all that went around it when it was happening and the history," Alexis Goodwin said of her 3rd graders, "Right now, we try to explain why this is an important day to remember, and introduce the idea of heroes."

Before the firefighters and police leave, the faculty and students line the main hallway of the school and throw a parade. The service members walk the halls, high-fiving and smiling to cheers and applause. 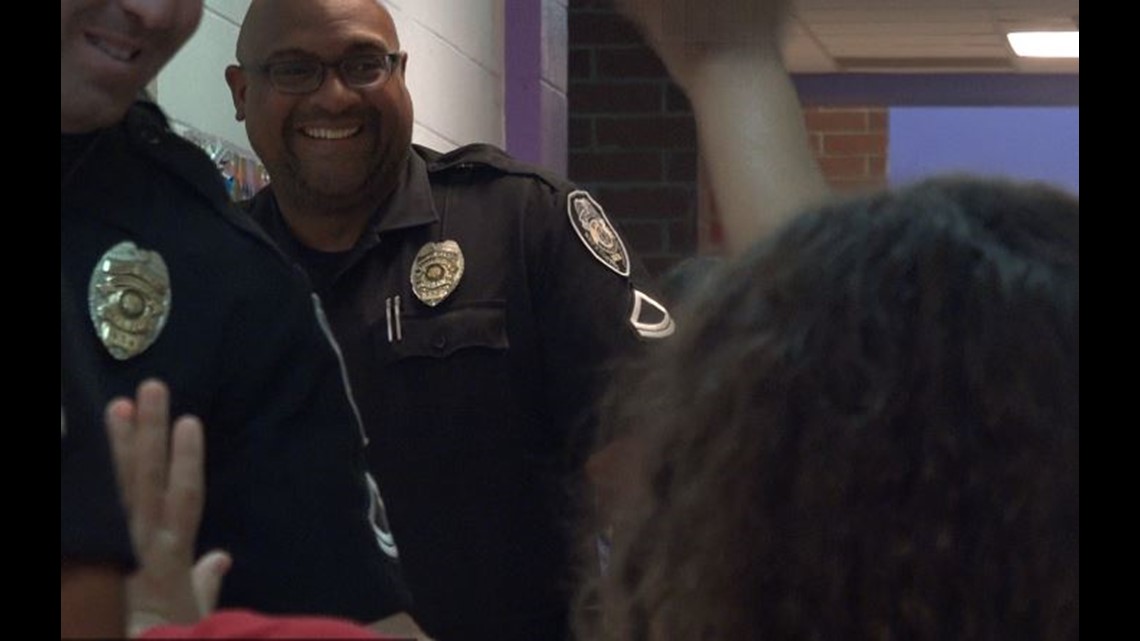 Villarrubia hopes the parade helps to instill a level of appreciation in her students.

"I want our kids to know that people go to battle for their families and their kids. They deserve to hear a thank you, because sometimes that's not the first thing we say," said Villarrubia.