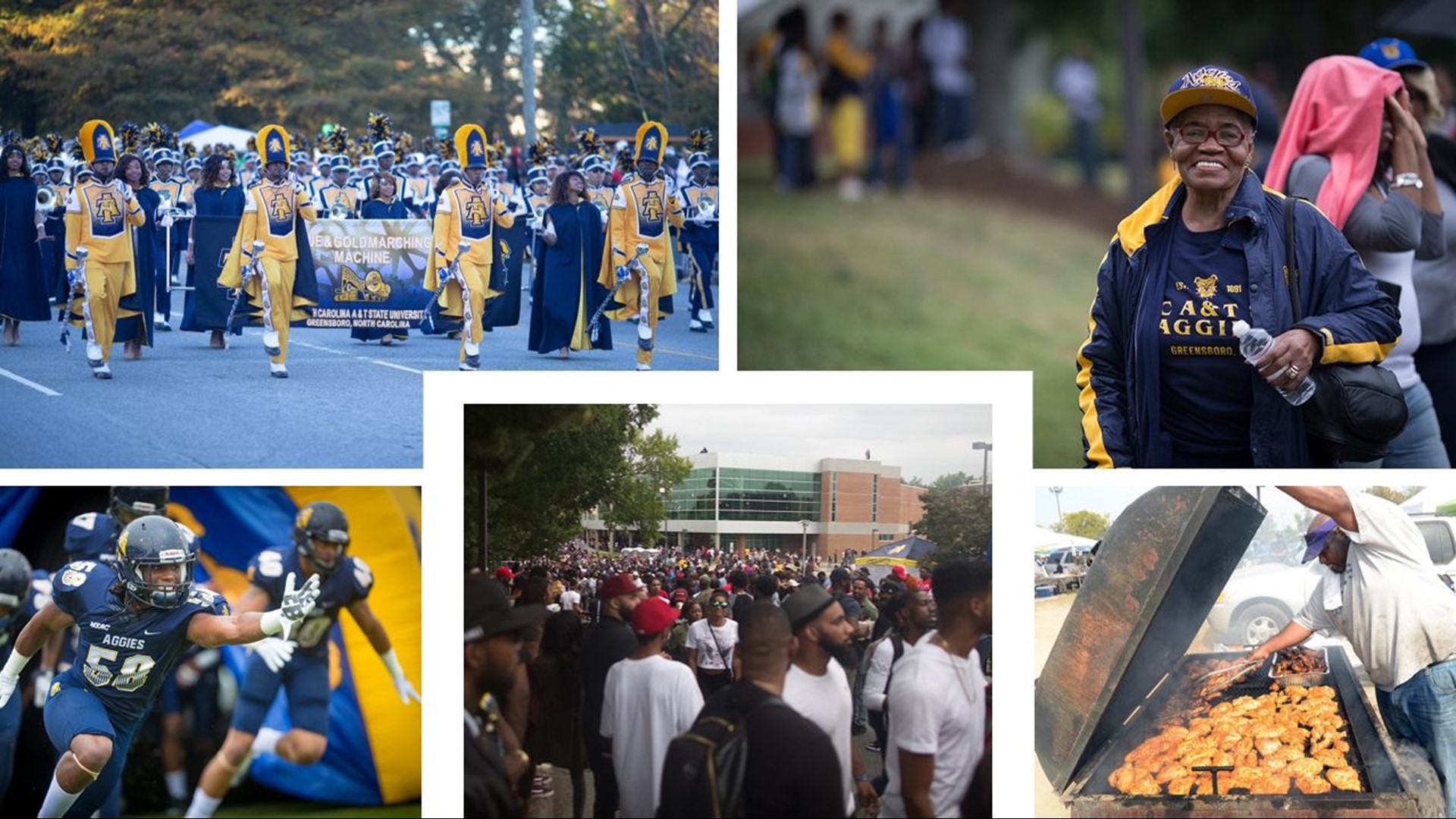 HBCU, private, public or community college, every school has a homecoming of sorts--and--not all are alike. Some call it family and friends weekend, and most call it homecoming.

That said, NC A&T Aggies' is called GHOE, otherwise known as the 'Greatest Homecoming On Earth.' It's not just a homecoming--it's an event that brings thousands to the city of Greensboro, other parts of the Triad each and every single year!

The week-long 'Aggie Pride' event features a parade, concerts, campus block parties, and of course the football game. All to the beat and sounds of the revered blue and gold marching machine along with its famous drumline.

But what really goes on behind the scenes to make such an epic event come to pass? Digital Content Producer, Infotainment Reporter Brian Bennett dug deep to find out.

Meet Kendrick Mayes, the Special Events Coordinator for the City of Greensboro. He talked to us about Aggie Fan Fest, a three-day event that starts the Friday of GHOE weekend. It's at War Memorial Stadium.

"We'll have everything from funnel cakes, to ribs, turkey legs, and inside the baseball stadium that's where we'll have our inflatables that's our kid zone."

Kendrick told us he gets about double or triple the number of calls when homecoming season rolls around in comparison to a regular day.

He also made a very special announcement about changes for this year's parade.

Next, the behind the scenes tour takes us to the Alumni Foundation Event Center. There we meet the Head of Alumni Relations, Teresa Davis.

"Our primary goal is to find opportunities to engage our alumni, that is the primary word in anything that we do in this office."

If you need proof it's all in the numbers, as Davis said their alumni visitors go up by 50% come homecoming!

Our last and final stop is at the Student Center to speak with SUAB  President Tre Ingram and SGA Vice President of Internal Affairs Courteney Baskerville.

They shared that one of their biggest tasks during homecoming is putting together the homecoming show.

"I put out a tweet on Twitter, and I was like who do you guys want to see for the concert and I was flooded with responses. That's kind of like the first thing, just getting the student's voice and seeing what they want to see," said Ingram.

Courtney explained that they actually begin the process in preparation for the show in the summer! Months and months before the event date.

"Then we start getting on conference calls once a week in the summertime and start picking artists based off budgets."

Before Brian left, he asked everyone one final question:  "What makes NCA&T's homecoming the 'Greatest Homecoming On Earth?"

Responses varied from it just feeling like a big family reunion, to it being a huge extravaganza! But all in all Mrs. Teresa Davis summed it up quite nicely.

For additional information about this year's homecoming click here!