Regal will limit seating in auditoriums and clean more frequently to reduce the potential spread of COVID-19. 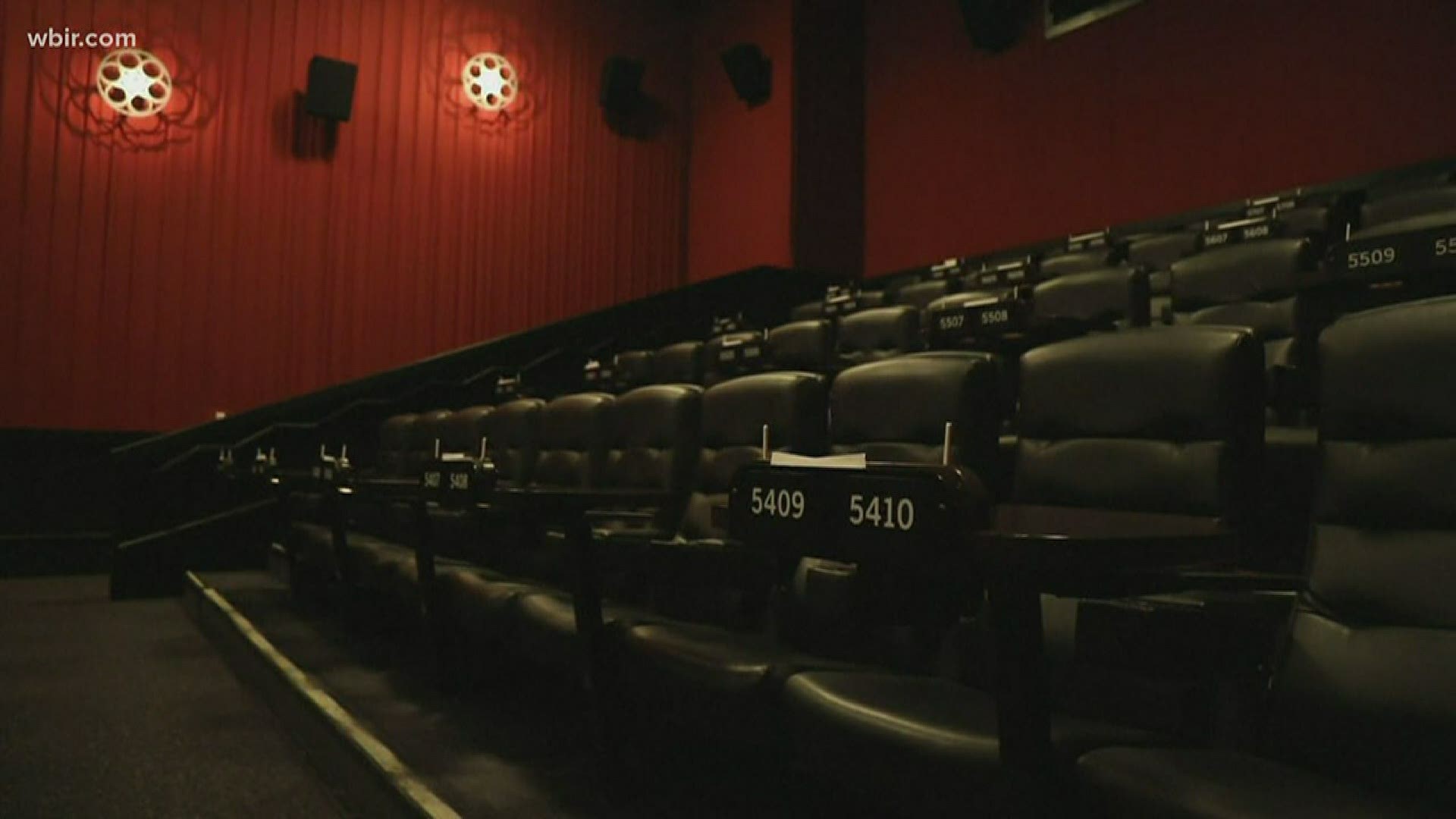 KNOXVILLE, Tennessee — Regal Cinemas has delayed its reopening date to July 31 to better line up with movie release schedules.

“We know audiences are ready to return to the movies and have been anticipating the strong slate of summer films ahead, including Tenet, Mulan, A Quiet Place Part II, Unhinged, The Broken Hearts Gallery, Bill & Ted Face the Music, Greenland, and Antebellum as well as a special re-release of Christopher Nolan’s Inception on IMAX,” said Mooky Greidinger, CEO of Cineworld, Regal's parent company. “We are excited to welcome theatergoers back to our cinemas and are confident that they will once again be immersed in the timeless theatrical experience they know and love.”

When it reopens, Knoxville-based Regal said it would limit seating in auditoriums to create social distancing between patrons to reduce the potential spread of COVID-19. Employees will also do more frequent cleaning.

In addition to the new releases, Regal will celebrate the reopening by showing a wide selection of beloved, classic movies at a discounted price of only $5 for adults and $3 for children.

AMC, which also operates several theaters in East Tennessee, has pushed its opening back to July 30.

Knoxville-based Regal said it would follow a phased reopening plan, with most opening July 10 and the rest open by July 24.

Regal said it would limit seating in auditoriums to create social distancing between patrons to reduce the potential spread of COVID-19.

The onset of the virus in March halted the entertainment industry worldwide. There's little fresh film stock for viewers right now. Some new movies are set to come out this summer such as "Mulan" and "Tenet".

RELATED: Regal and AMC close all theaters amid coronavirus outbreak

As it starts to reopen in a few weeks, Regal said it would show a selection of classic movies for $5 for adults and $3 for children. As a promotion, anyone who buys $50 in Regal eCards from June 19-June 25 will get a free $15 concession promo eCard, according to the chain.

Some independent movie houses already have started opening in East Tennessee, such as Governor's Crossing in Sevierville and the Newport Cinema Four in Newport.

Central Cinema on Central Street will open later this week.

Customers have made it clear they're ready to go back to the movies, according to Regal.

“Research shows how much people miss the cinemas. We are thrilled to be back,” Mooky Greidinger Cineworld CEO, said in a statement.

Other safety steps Regal will take as it reopens include contactless payment of concessions through the Regal app and use of "foggers", which will be used to sanitize every auditorium and seat after each showing using electrostatic fogger equipment.

You can learn more about Regal's plans to reopen here.

RELATED: Knoxville Museum of Art will reopen on July 1