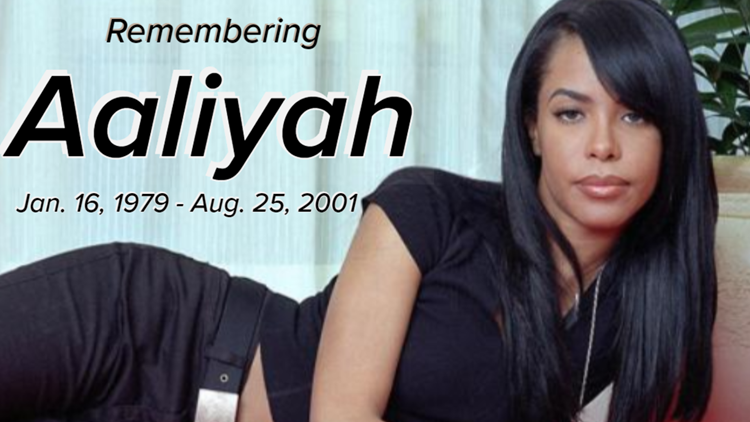 On Aug. 25, 2001, the world lost iconic R&B singer, actress and model Aaliyah, who died in a plane crash while flying from the Bahamas to Florida. She was 22.

At just 15 years old, Aaliyah scored the first top-10 hits of her career with the songs "Back & Forth" and "At Your Best (You Are Love)" from her debut album "Age Aint Nothing but a Number," which was soon certified Platinum.

The singer's star continued to rise with the release of two more albums, "One in a Million" and self-titled "Aaliyah," both of which were certified double Platinum in the United States.

Aaliyah also went on to guest star on TV shows and was the lead in two films, "Romeo Must Die" with Jet Li and "Queen of the Damned."

Her final album, "Aaliyah," was released just weeks before her death. Her final music video for the single "Rock the Boat" was completed in the Bahamas just before she boarded the Cessna 404 that would soon crash, killing Aaliyah and eight other passengers.

The singer's legacy lives on 18 years later with many Hip-Hop and R&B artists naming Aaliyah as a major influence.

Canadian rapper/singer Drake said in an interview with Soul Culture "Aaliyah has had probably the most impact on my career because when I made the choice to start singing ... I needed someone to reference ...  I just found comfort in all of Aaliyah's music."

In an interview with Billboard, R&B singer and dancer Ciara said:

"She was true to who she was and she didn't seem to care about it. The core of her art to me is heavily, heavily urban-based. When an artist's music is so urban-based, sometimes people like to take risks with artists like that. When you think about it, it really is pop, it really is cultural and that's the one thing that I thought was cool about her music. It never felt like she was trying to reach across or do anything more than just keep that cool, soulful, heavy urban core about it. It wasn't like she was trying to be anything more than who she was. I really respect that and I appreciate that."

Singer, songwriter and pianist Alicia Keys credits Aaliyah as the inspiration behind one of her highest-charting songs "If I Aint Got You."

“The song idea came together right after Aaliyah passed away," Keys said. "It was such a sad time and no one wanted to believe it. It just made everything crystal clear to me—what matters, and what doesn’t.”