Four big black bears try to get into Sevierville home

The home was located off Upper Middle Creek in the Summit View community. 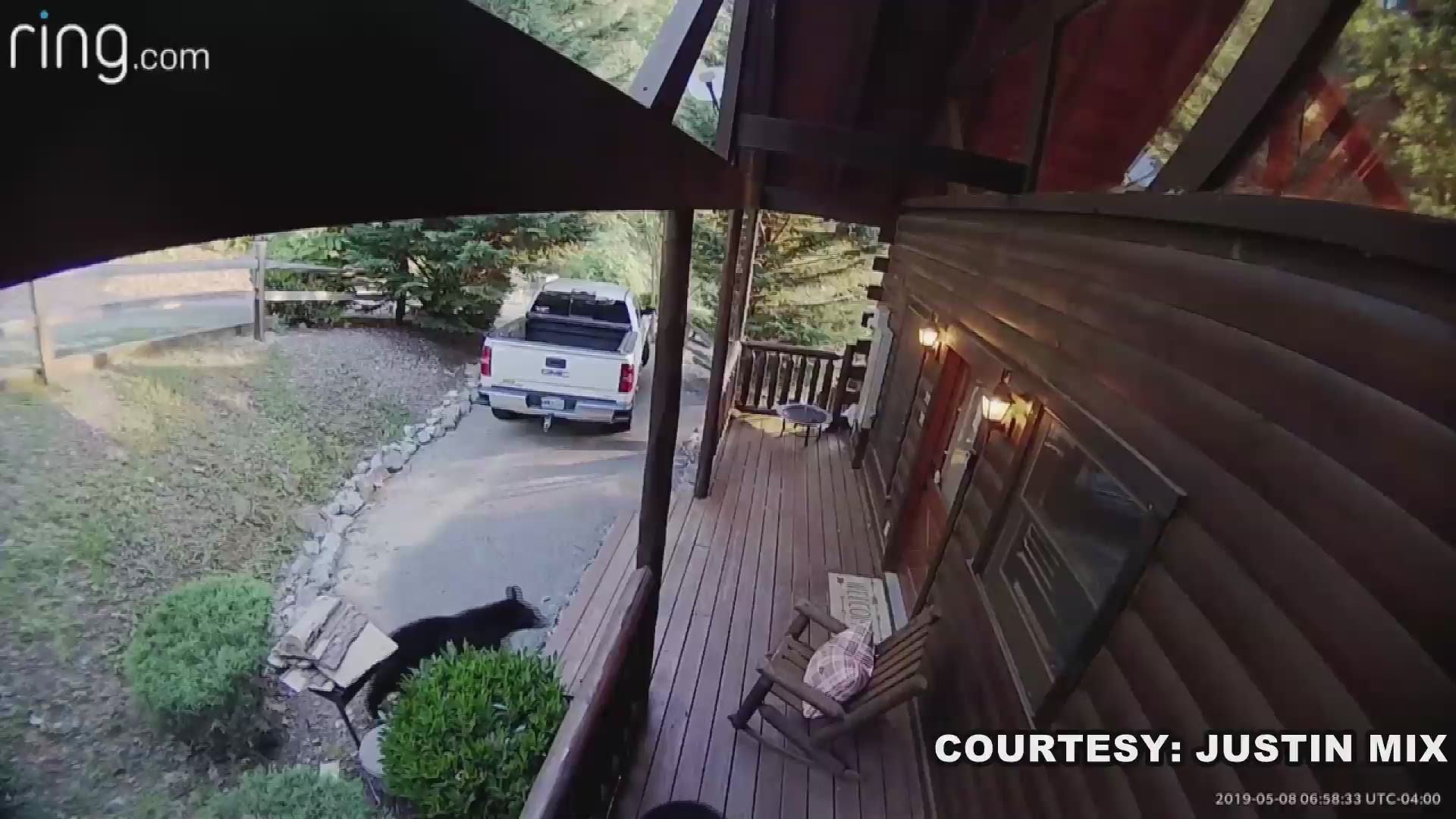 SEVIERVILLE, Tenn. — Justin Mix was sitting on the couch Wednesday around 7 a.m. when he saw something not too unfamiliar to East Tennesseans.

Black bears had come into the front yard, shimmying through a fence and making their way down to his cabin's front porch.

The bears then wandered around, with one even getting up on its hind legs at the front door, looking like it was trying to get into the cabin.

When it couldn't get inside, it wandered off. Later on, one of the bears tried to get into a truck parked in front of the cabin.

The whole encounter was captured on Mix's Ring security camera.

Mix said his cabin is located off Upper Middle Creek in the Summit View community and wanted people to be aware of the bears in the area.

"Tourists need to keep an eye out," he said in a Facebook message.

RELATED: Baby bears are everywhere! Keep an eye out for these cute critters

Mix isn't the only person to have recently captured some close encounters with black bears in East Tennessee, including bears in hot tubs and trucks.

Another sign of an increasing bear population is number of bear calls that TWRA has received. There were more than a thousand incidents in East Tennessee last year, everything from general sightings and nuisance complaints to aggressive behavior and property damage.

With all these bears around, it's important to remember black bears are wild animals. It's not unheard of for black bears to go roaming about towns near the Smokies, or even uncommon.