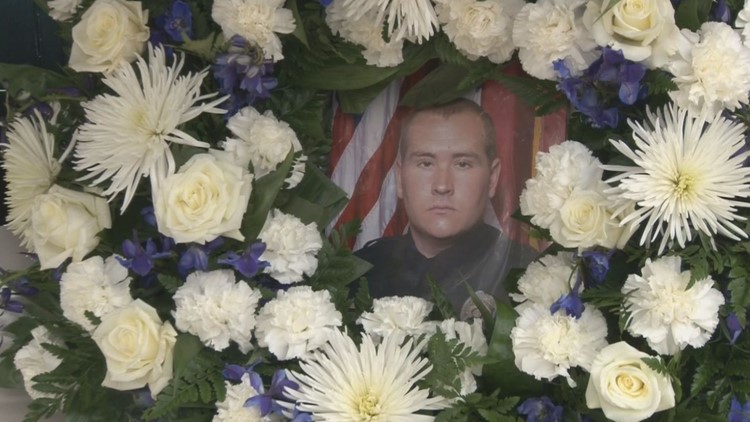 The 24-year-old was died while responding to a robbery call last Saturday. Friday, hundreds shared their condolences at a visitation in Burlington.

Jared Franks made the ultimate sacrifice.

"[He was] just an incredible symbol example of what a police officer should be in our community." Chief Scott said.

Chief Scott said the department received an outpouring of supports from people and police departments all across the country.

"You know we talk about law enforcement and public safety being a big family and this is when it's important to us, when we mourn together." Chief Scott said.

Chief Scott expects 2,000 people to be there with police departments from up and down to east coast represented.