Breaking News
More () »
2 Your Well Being

'It Is A Crisis, It's A Pandemic!' Diabetes Spikes To Record Levels In The Triad

The Diabetes epidemic spikes to record levels in the Triad. A Triad doctor explains the top three ways to prevent it in this week's 2 Your Well-being segment 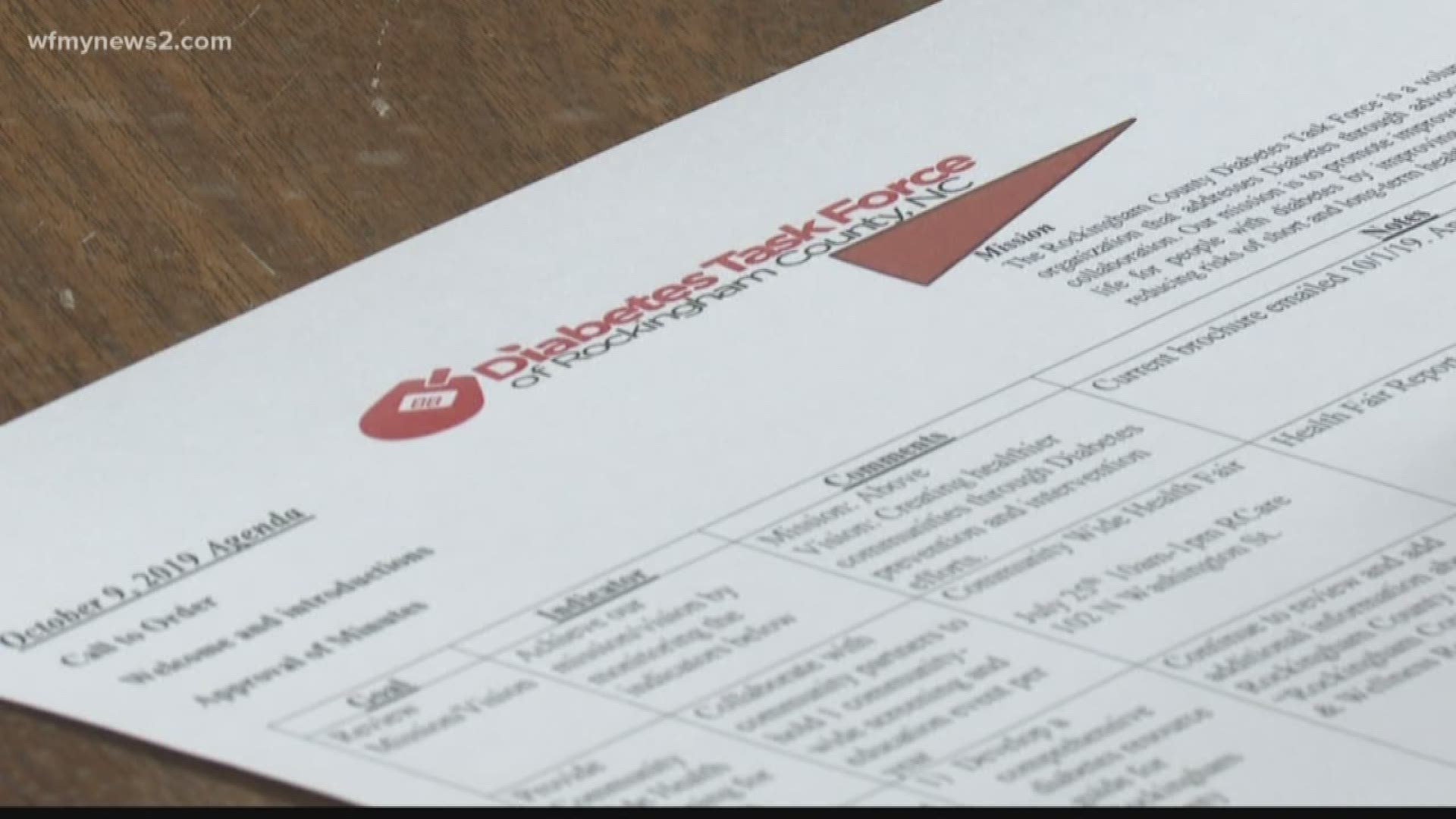 ROCKINGHAM COUNTY, N.C. — We're focusing our attention on a growing health epidemic in our state: Type 1 and Type 2 Diabetes.

Around the Triad, the rates in Guilford, Forsyth, Davidson, and Alamance are around 10 percent.  But in Rockingham County that number skyrockets to 12 percent, the highest in the state.

In this week’s 2 Your Well-Being segment with Cone Health, WFMY News 2’s Tracey McCain takes you inside the task force, designed specifically to bring those numbers down.

Jessie Meador is a volunteer with the Diabetes Task Force of Rockingham County.  She was diagnosed with Type 1 Diabetes when she was a baby.

"My parents went to wake me up from a nap and I wouldn't wake up," explained Meador.

She was 13-months-old and no one was sure she would survive.

"I was in the hospital for close to a month, I was in a coma for four days," said Meador who is now 31-years-old.

The Rockingham County mom of two has lived with Type 1 Diabetes all of her life.

"I’m here and I get to help make a difference!"

Her mission to help others starts inside Annie Penn Hospital in Reidsville where the Task Force meets regularly.

"Since I have such a passion and a connection to Diabetes, it just made sense for me to join in on the Task Force," said Meador.

Created in 2012, the Diabetes Task Force of Rockingham County helps people who are struggling to manage their diabetes, creates access to treatment and educates the community on ways to prevent the disease.

Dr. Gebre Nida says tackling the Diabetes problem, starts with making more people aware of the danger and most importantly how to prevent it.

Credit: WFMY
The Diabetes Task Force of Rockingham County meets regularly to figure out ways to spread awareness and prevention tactics to battle the Diabetes epidemic

Dr. Nida is also on the Task Force.  He is the only Cone Health Endocrinologist in the county and treats hundreds of patients a month at the Cone Health Diabetes Management Center in Reidsville.

"This is an area which is very heavily affected by diabetes, not only for Rockingham county but for the five surrounding counties to Rockingham County that have 12% of diagnosed diabetes," said Nida.

According to the American Diabetes Association, Type 1 Diabetes is very rare, impacting about 5% of Diabetics.

Like, Meador, people are born with Type 1, so there’s no way to prevent it.

Type 2 Diabetes, however, is largely preventable with diet and exercise.

Dr. Nida says, "We have to eat less and we have to move more."

People who are overweight, have a body mass index over 25 and have high cholesterol should get screened with a blood test.

Meador says it’s not worth the risk.

"If you can avoid it, avoid it!  I couldn’t avoid it.  So do whatever you have to do and it’s pretty easy!  You need to eat well and exercise, drink water those three things will save your life."

One of the reasons the Southeast tops the list of places seeing a rise in Diabetes is quite honestly the food and our portion sizes.

But to give you some perspective on why we need to act now as a community, Dr. Nida says one of every three U.S. children born after 2000 will develop diabetes by age 50.

So the key here, Type 2 Diabetes is preventable, manageable and treatable, we just have to do better!

You can read up on an additional 2 Your Well-Being segments by clicking here.