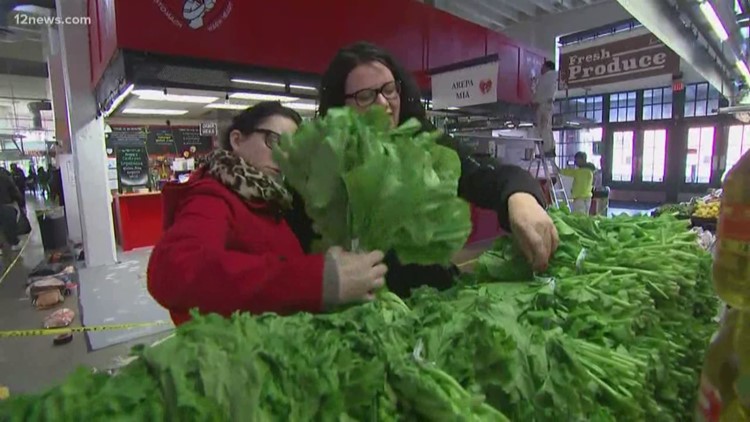 Arizona among the states affected by latest E. coli outbreak in US

Forty people in 16 states, including two people in Arizona, have been infected with E. coli since September, the Centers for Disease Control and Prevention announced Friday.

The numbers drastically increased from when the CDC first reported them on Wednesday, when the total number was just 17 infected.

At least 28 people have been hospitalized, including five who developed hemolytic uremic syndrome, a type of kidney failure. No deaths have been reported.

RELATED: Romaine lettuce linked to another E. coli outbreak, but appears to be over

The illnesses started as early as Sept. 24. The latest was reported on Nov. 10.

The CDC said Wednesday that this multistate outbreak has been the Shiga toxin-producing E. coli. According to the department, the Shiga toxin causes people to have diarrhea, which can be bloody. It's the more common strain of E. coli found in the United States.

It was unknown what led to the E. coli infections at first, but the CDC said Friday that evidence indicates that it was likely contracted from romaine lettuce from Salinas, California.

No common grower, supplier, distributor, or brand of romaine lettuce has been identified.

Consumers are advised not to eat romaine lettuce harvested from Salinas until more information is available.

Health officials in Maryland found E. coli in an unopened package of Ready Pac Foods Bistro Chicken Caesar Salad in the home of one of the people who was sick. It had a best by date of Oct. 31.

Preliminary information indicated that romaine lettuce used in the salad was harvested in mid-October and is no longer within current expiration dates.

People who have been diagnosed with E. coli in other states have not reported eating that particular salad.

Public health investigators have been using the PulseNet system to identify illnesses that may be part of this outbreak.

This outbreak is caused by the same strain of E. coli that caused outbreaks linked to leafy greens in 2017 and to romaine lettuce in 2018.

State and local public health officials are interviewing sick people to determine what they ate and what they were exposed to before their illness started.