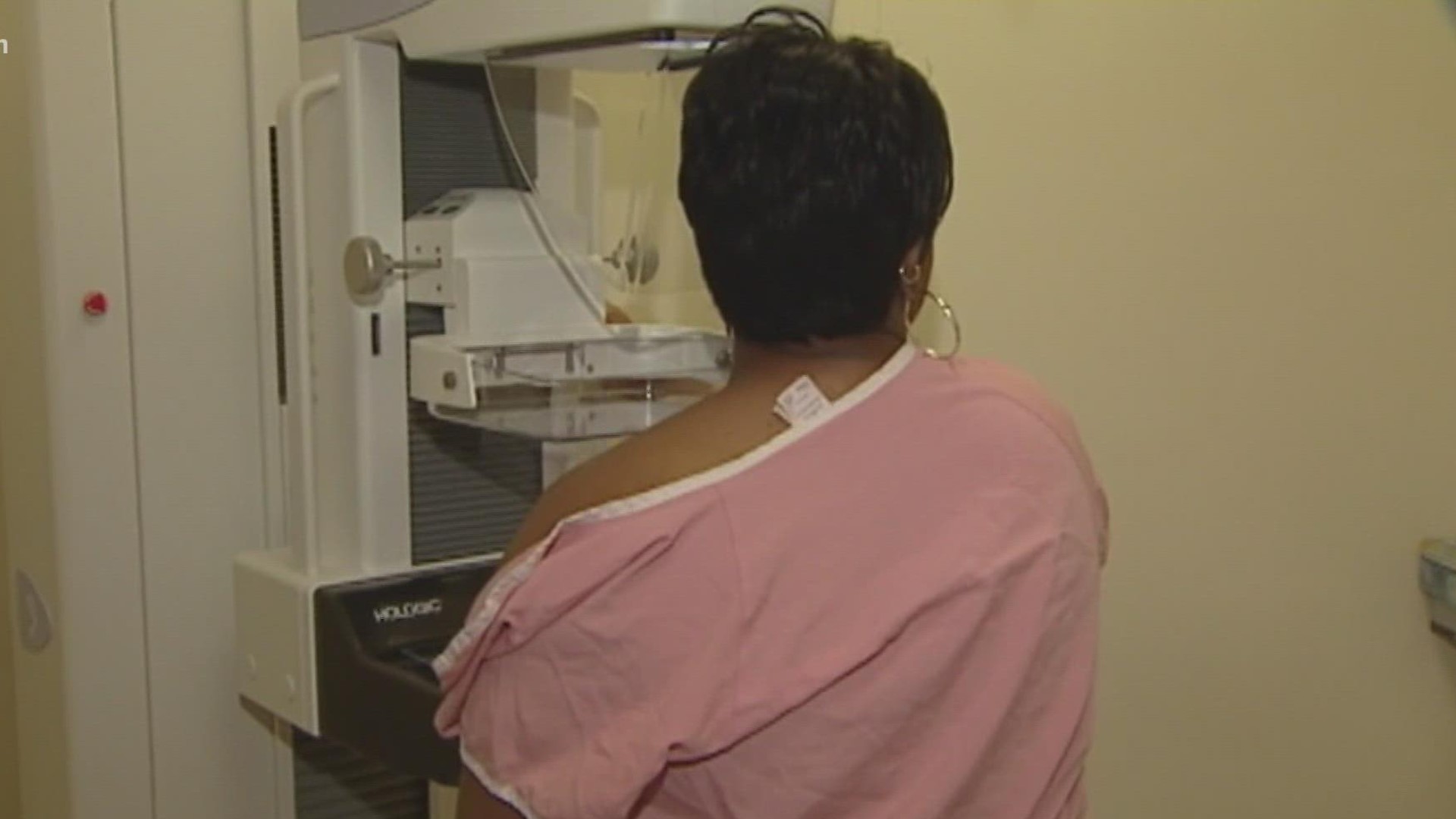 It also reports black women who live in predominantly black neighborhoods are more likely to get a later stage diagnosis.

“For me, I went in like a warrior because I can do it. But to watch my family go through it with me….it’s hard, it’s really hard," said breast cancer survivor Tonya Jones.

Jones was diagnosed with breast cancer in June 2020.

“I felt a lump in my breast and I was really concerned about it and so I went to a hospital to try to find out what was going on," she said.

Even though doctors told her she needed a mammogram, her Medicaid didn't cover it. A year later after getting new insurance coverage, she took matters into her own hands.

Komen reports among uninsured women ages 50 to 74, only 39 percent have gotten a mammogram in the past two years. Experts say access to health care plays a large role.

“In certain areas, they may not have the 3D mammography, where they might have it in another area and you may not be able to have transportation to get there. So that differential in access can really play out, and it really does drive out a lot of the disparity that we’re seeing," said Dr. Tisha Felder of USC Nursing.

Kisha Wertz said she was diagnosed in February of 2020, but is now cancer-free. She said she found out the year she missed her annual mammogram.

She's not the only one. Researchers at The University of Maryland Comprehensive Cancer Center report 13 percent of black cancer patients have missed their appointments.

“Many times that delay can really lead to a later diagnosis of breast cancer and the later the stage of diagnosis, many times it might be more difficult to treat that breast cancer," said Dr. Felder.

Wertz said this Breast Cancer Awareness Month for her now has new meaning.

“You know I wasn’t the one that would do the examination for myself, but now I do and it means a lot. I never thought it would mean this much, but it means a lot," said Wertz.

She said she's proud to be a survivor.

“If you ever come across, they say, well you got breast cancer...it is a chance of a survivor. I am a survivor.”

American Cancer Society said women ages 40 to 44 should start annual mammograms. Women 55 or older should get their mammograms every two years.