The State Treasurer stopped by to talk about his Clear Pricing Plan. 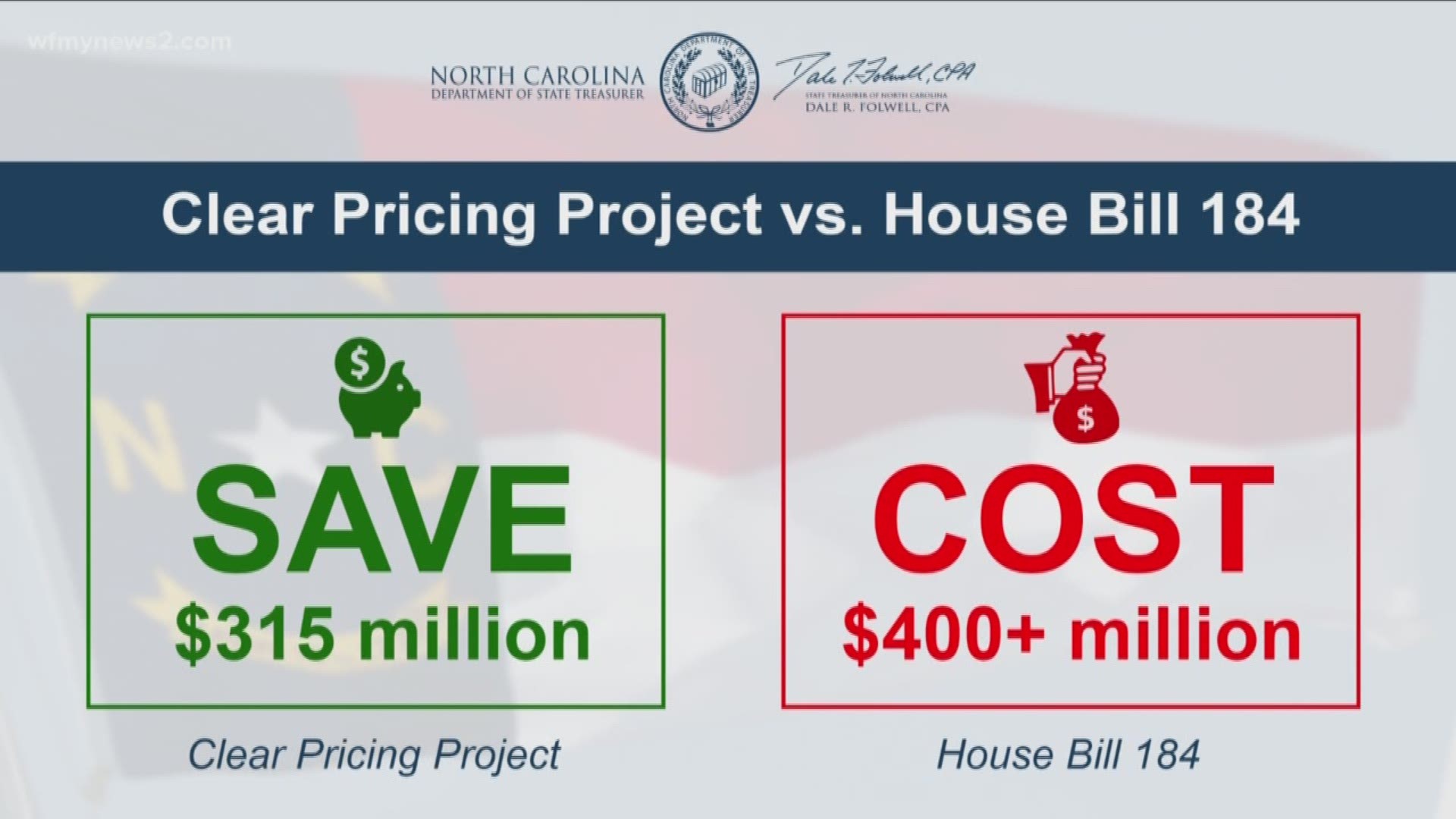 State Treasurer Dale Folwell stopped by at WFMY News 2 to give his take on the Clear Pricing Project over House Bill 184.

Folwell says the Clear Pricing Project would increase transparency and give more power to consumers, and would even lower the overall cost of the State Health Plan.

House Bill 184 was passed through the Health Committee earlier this week. Its supporters say the bill would help finance emergency care for people without insurance, and would stop insurance companies from pushing in locked-in rates.

It has already received backing from several state legislators, but Folwell believes that the bill would ultimately hurt the state and add almost $1 billion dollars to unfunded liabilities State Health Plan.

Folwell says the Clear Pricing Project aims to save consumers money - hoping to save over 300 million dollars for taxpayers and would lower premiums for consumers who are on the State Health Plan.

You can see House Bill 184 in its entirety here, and if you would like to contact your local state representative about their thoughts on the State Health Plan you can find ways to contact them on the states general assembly website.