The Defenders team learned that the daily updates about the percentage of positive tests do not include about a quarter of the test results from around the state. 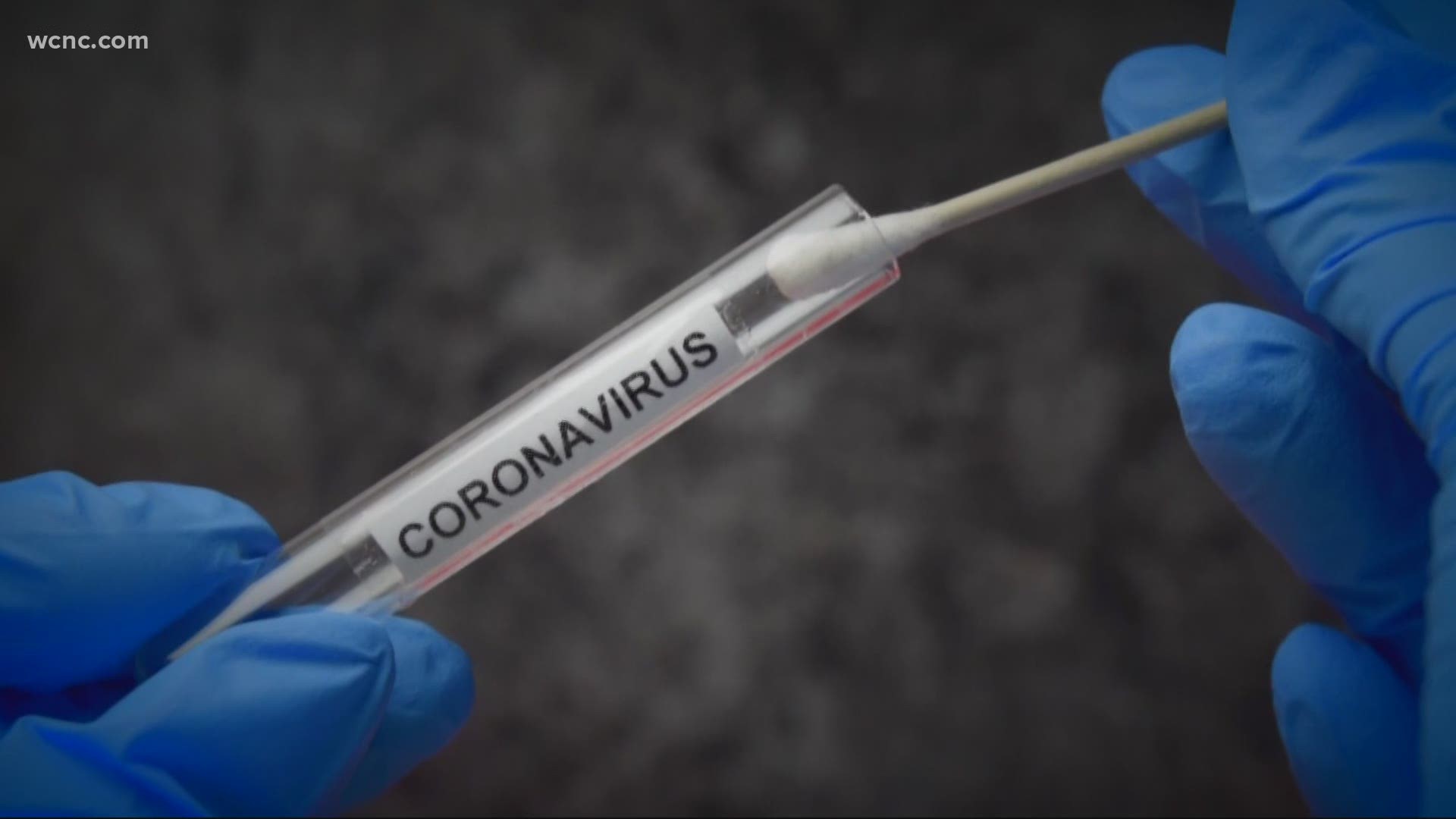 CHARLOTTE, N.C. — A WCNC Charlotte Defenders investigation is revealing many test results are not being counted in North Carolina's daily updates.

State health officials provide daily updates about the percentage of positive cases, but the Defenders team learned the state is not calculating tests unless they’re reported electronically, and about a quarter of them are not.

Health officials say tests that are not reported electronically are not as up to date. In fact, the results can be from a few days earlier and that’s why they aren’t being counted.

The percentage of positive tests is one of several indications about the level of COVID 19 spread, which helps inform public policy.

However, the Defenders team learned that the daily updates about the percentage of positive tests do not include about a quarter of the test results from around the state.   The state only counts results that are reported electronically, which is about 75 percent of the overall tests.

“The 25% that are reported manually are not included in the percent positive,” says Elyse Powell with the North Carolina Department of Health and Human Services.

Powell says when labs send test results that need to be manually entered, the results are not always as up to date. She tells WCNC Charlotte that some labs send a batch of manual results from the past few days or even past weeks for new labs.

“WE are constantly trying to improve,” said Powell. “We really want to make sure that we are measuring positive tests and negative tests that happened the same day.”

I learned that NC⁩ is not counting about a quarter of the test results when calculating the #COVID19 percent positive. Elyse Powell with ⁦@ncdhhs⁩ says results that are not reported electronically are not counted because they aren’t always up to date. ⁦@wcnc⁩ pic.twitter.com/8DeFf3rUcd

Powell says there different reasons why some labs are not reporting electronically, including that they don’t have the proper technology.

“We are working hard as a state to onboard more labs to report electronically so we can continue to grow that number,” said Powell.

Health officials say they have no reason to believe the 25 percent of test results not counted would affect the overall percent positive rate.

RELATED: 2 stylists had COVID-19, but wore masks. 139 of their clients didn't become ill

RELATED: Return of sports during COVID-19 calls back to 1918 flu pandemic