'I almost waited too late,' | COVID-19 survivor was in respiratory distress when he arrived at the hospital

His temperature would spike at 104 degrees and then drop and then spike again. It came in waves but it never stopped. Finally, James Lucas went to the ER. 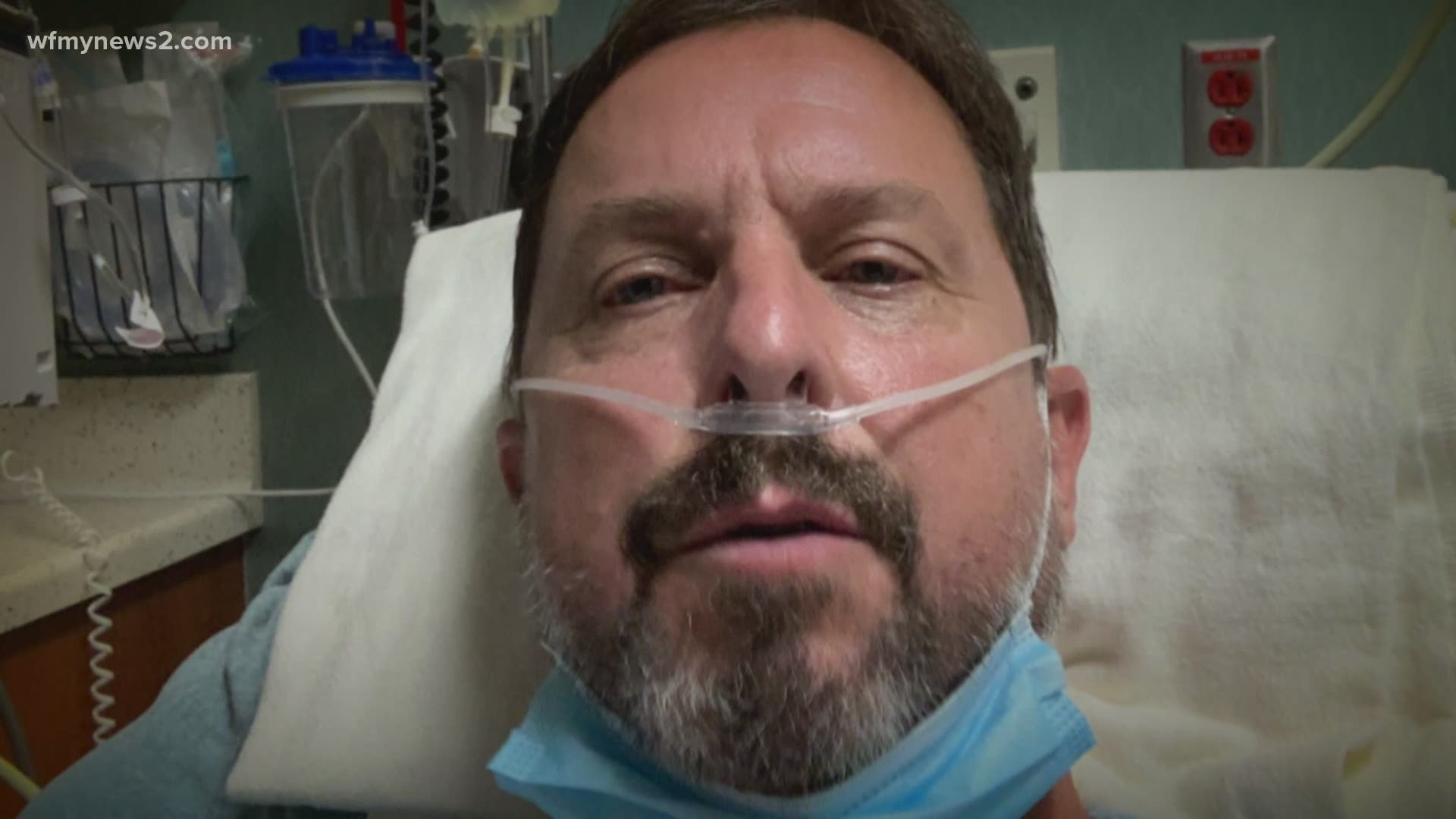 GREENSBORO, N.C. — James Lucas, 54, admits he wasn’t that worried about COVID-19. He was cautious but not diligent in wearing his mask and social distancing from everyone but family.

A few days before Father’s Day Lucas started feeling fatigued. He immediately isolated from the rest of his family as a precaution.

“By Friday, I had a full-blown fever,” Lucas said.

The next week was spent in isolation in his bedroom. The virus continued to attack Lucas. His fever would often spike around 104 degrees and his breathing was getting more and more difficult.

After some convincing from his wife, Lucas went to the ER at Cone Health. That decision may have saved his life.

“I was in respiratory distress because the virus was attacking my lungs,” Lucas said.

Once confirming he was indeed positive for the virus, doctors at Wesley Long Hospital Emergency Department immediately put Lucas on anti-inflammatory and anti-viral medication. The next 48 hours would be crucial if his body did not respond to the medication, plasma treatments, or a ventilator would be the next options.

“I started to worry a little bit, if this was going to get worse, that’s in the back of your mind,” Lucas said.

The medications did exactly what doctors hoped, and Lucas was breathing much better after a couple of days and his fever dropped.

“It was not an experience I want to go through again,” said Lucas.

The virus not only knocked Lucas out for two weeks, his wife, son, sister-in-law and father-in-law all became infected. The virus seemed to have little impact on his 19-year-old son but his father-in-law was not strong enough to survive.

“Take this seriously, I’m telling you it ran through my house and it is highly contagious,” Lucas said.

With a new appreciation for this virus and what it can do, Lucas is encouraging others to wear a mask when out in public and social distance when possible. He knows a mask is no guarantee you won’t become infected, but he also knows it helps and what it’s like to battle this virus.