Residents were growing lonely with safety restrictions put in place. Unable to visit family, they had some extra time on their hands, so they started writing. 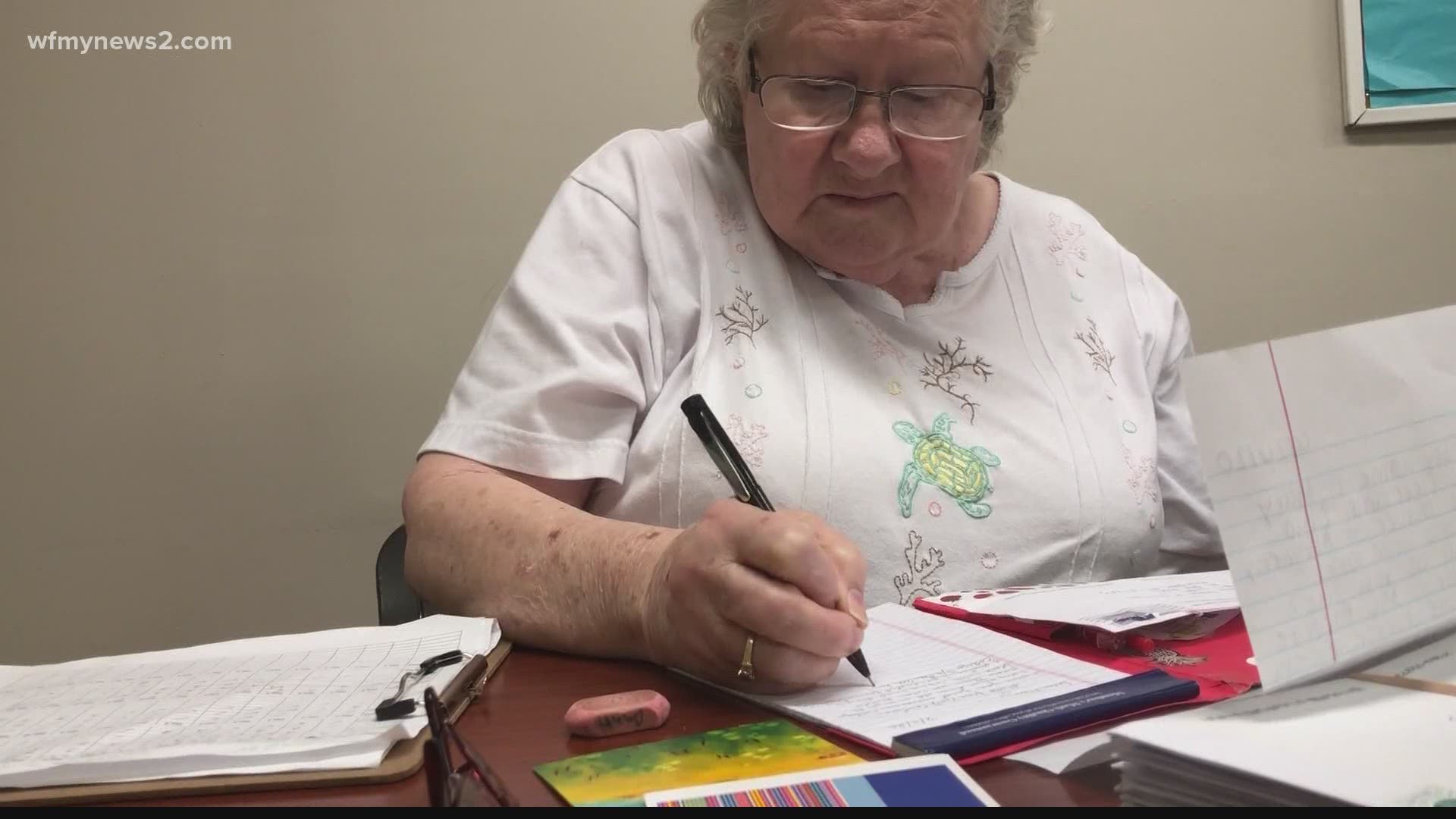 ARCHDALE, N.C. — Have you ever done something for so long or so often that something starts to hurt? Maybe you stand on your feet all day and they get sore? It could be a headache from staring at a computer screen all day or pain in your back from constantly lifting boxes?

Linda Bunn now knows what that feels like. She has developed a blister on her writing hand.

The blister is the result of writing dozens of letters in the past couple of weeks. Bunn called it a “nice” problem to have.

“They miss their families and getting to hug them,” Director Rachel Reynolds said.

The facility had residents make signs asking for pen pals. Staff at the facility took pictures and then posted the photos to Facebook.

“By Friday, we had received calls, emails, had questions on Facebook from people all over the world,” Reynolds said.

In just a few days, hundreds of people had already reached out wanting information to send letters to residents. The company that runs North Pointe has 13 other locations in North Carolina. The pen pal program seems to be a huge hit with residents.

“It’s nice to sit down and read letters, find out about where people are from, makes you feel good,” Debra Hedgecock said.

Michael Stanley has a stack of letters sitting in his room from people all over the country. The letters have been a nice change from the typical day.

“It’s uplifting because otherwise, you’d be sitting around here bored trying to figure out what the next thing is you might want to do,” Stanley said.

The daily mail delivery has become quite popular with staff and residents as they look at what states and cities the people sending the letters live in. In just a few weeks, North Pointe has received a letter from someone in every state across the U.S.

“We can’t keep count at this point. Every day we get a letter from almost every state in the country,” Reynolds said.

Linda Bunn, who now spends several hours a day reading and writing letters, joked about the first time Reynolds asked her to take part in the project.

“I told her I didn’t want to do it and to go find somebody else,” Bunn said.

Turns out Reynolds is somewhat persuasive and it’s a good thing. Bunn loves the pen pal program and is determined to write to everyone who sent her a letter.

“I had one man say my smile was contagious,” Bunn said. “The staff has asked to help (write letters) but I told them I want to do it.”

So far, that means she needs to write around 140 letters and counting. Someone may want to get her a band-aid to keep that blister from getting bigger.

RELATED: Coronavirus in North Carolina: New cases and hospitalizations down after record-setting weekend

RELATED: Experts are blaming the coronavirus for the surge in opioid overdoses