Taking a shot on science: Triad residents give perspectives on COVID-19 vaccine

Four North Carolinians describe their thoughts on the vaccine and if they're willing to get the shot. 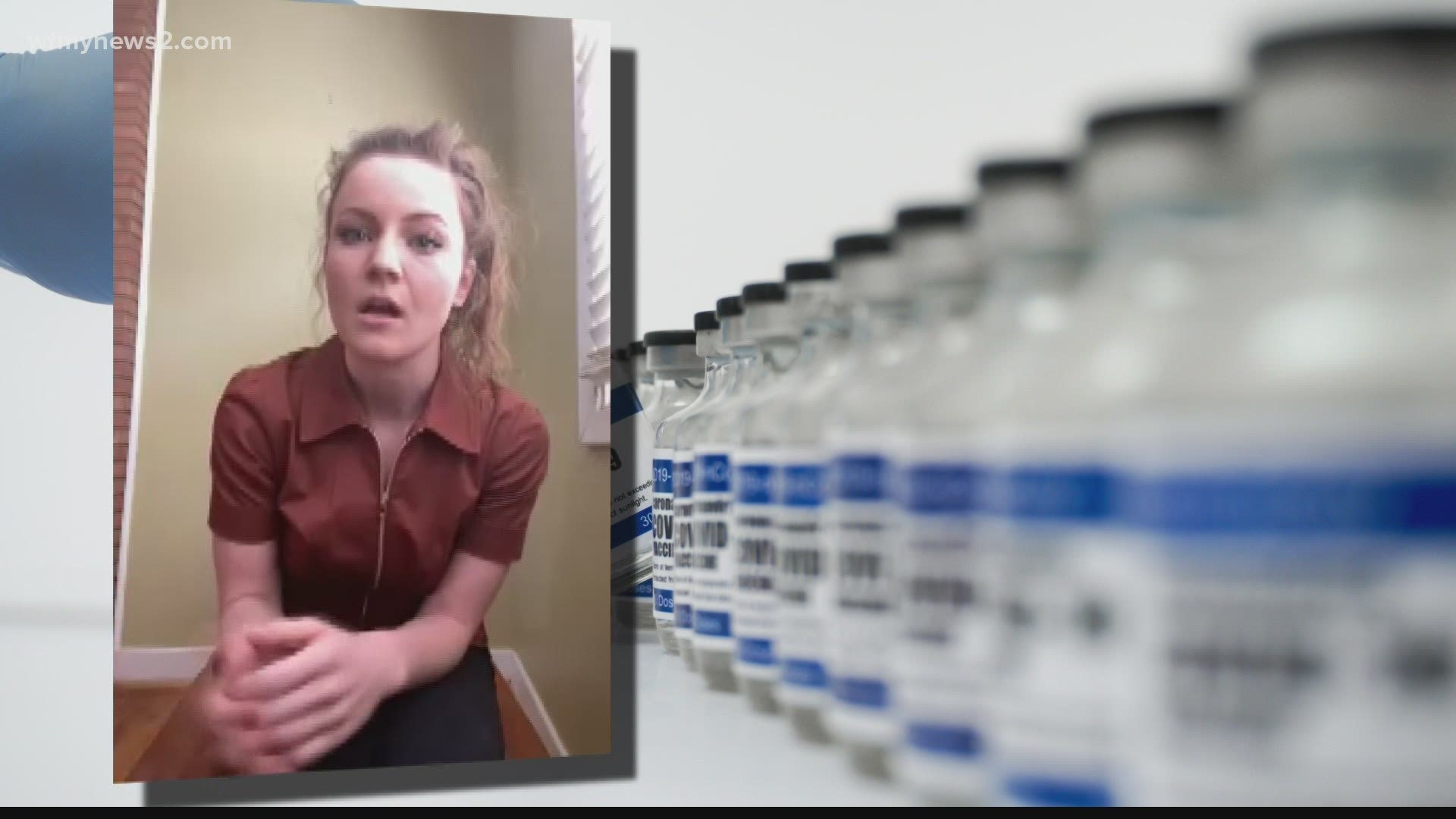 GREENSBORO, N.C. — This week Governor Roy Cooper announced the state will be moving on with vaccinations and allowing those in Group 3 to get the COVID-19 vaccine later this month.

As the rollout process continues, it's an answered prayer for some, but others say it's not worth the risk.

WFMY News 2's Stacey Spivey spoke with four Triad residents to see if they're willing to take a shot on science.

Sidney Wheatley, Anna Gray Smith, Sarah DeMoss and Nadine Dorner are all trying to navigate life during a pandemic.

"It has felt like a year-long twilight zone," Smith said.

The thought of how we even get back to normal looks different for each one, especially when it comes to the vaccine.

"As a Christian, I'm not afraid of death. There was no fear of dying, but there's a great joy of living," Wheatley said.

Wheatley is a pastor in Greensboro. He got his first dose of the vaccine in January. He said it was a decision not taken lightly, especially coming from a man of color.

"Because of our cultural experiences with vaccines in the past, I was a little bit hesitant," Wheatley said.

However, after he lost a dear friend to the virus, he decided to get the shot.

"If you live in fear, then you will never get anything accomplished in life. Period," Wheatley said.

Fear it was that held Dorner back at first. As a medical professional in Greensboro, she had the opportunity to get the vaccine pretty early on, but she passed on her first chance.

"My first gut thought was, I'm not being a guinea pig," Dorner said.

When a second shot came around, she chose to put her personal feelings aside, getting her first dose in January.

Dorner said she hopes her immunity will help keep her parents, patients and kids safe.

The same opportunity to get a shot will soon be available for DeMoss. She works in oral surgery in Greensboro. It's a job that puts her at risk for COVID-19, but she's choosing to opt-out for her future family.

"I am personally, hesitant about it. I have one daughter so far and I'd like to have other kids," DeMoss said.

DeMoss recalled a medication she took when she was younger is now taken off the market because it can cause abnormal births. It's the reason she wants more research done on this vaccine before she rolls up her sleeve.

"Because of my age and because of what I want, I'm not interested," DeMoss said.

Smith is a Thomasville resident and has completely ruled the vaccine out.

"Fast-paced and science do not go together," Smith said.

The massage therapist grew up taking vaccines, but a combination of the speed of the vaccine and her health made her into what she calls an "anti-vaxxer."

"There could potentially be long term effects and concerns are autoimmunity. I have currently been battling an unknown autoimmune disease for the past year which is another reason I will not get this vaccine," Smith said.

While all four have different opinions on the vaccine, all can agree this has been a difficult season of life. The loss of loved ones, job, tackling remote learning with kids and even converting a closet into an office.

All are ready for an answer, for an end to the virus, whether it's the vaccine or not.