WCNC Charlotte pulled data which shows of the 179 vaccines currently in development, 17 are already in the clinical testing phase. 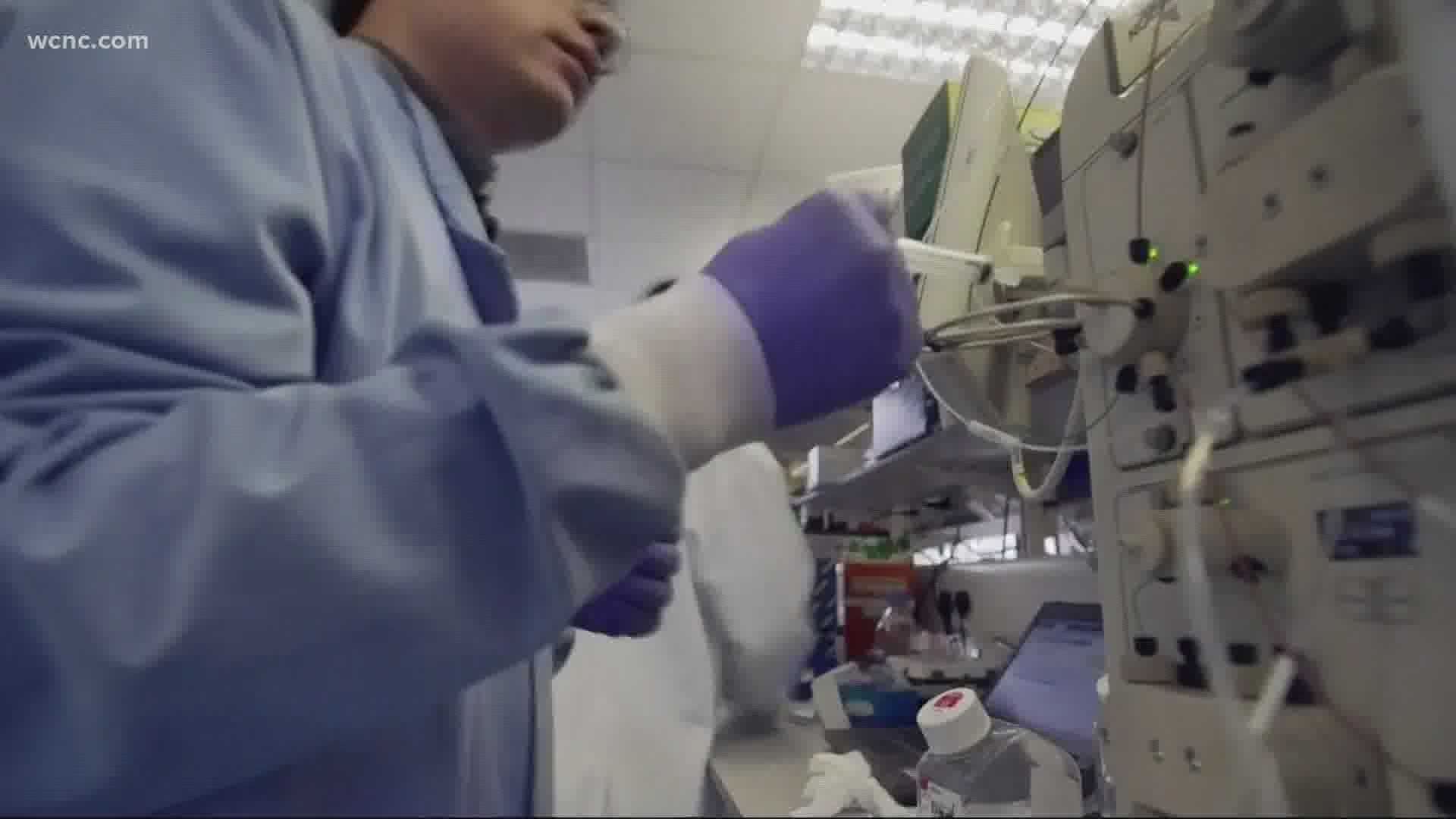 CHARLOTTE, N.C. — COVID-19 coronavirus vaccine data shows of the 179 vaccines currently in development, 17 are already in the clinical testing phase.

“The best brains all around the world are working on this," former FDA Associate Commissioner Peter Pitts said. "So we all have our eye on the prize here."

Pitts predicts a vaccine will be available in early 2021.

“The typical vaccine for a new virus takes about five years to develop," Pitts said. "So even having a vaccine by early 2021 really is a warp-speed proposition. And the reason that we're getting there is the FDA is expediting it but not rushing.”

An important clarification; Pitts said they have to ensure the public trusts the process.

“What frightens me the most, almost even more than the virus itself is that about 27% of the American population said that they would not get a COVID-19 vaccine when it exists," Pitts said. "To be blunt, not getting vaccinated against COVID-19 is almost close to healthcare terrorism.”

The frontrunners in the search for a vaccine are out of Wuhan China and Oxford England and they're already in the human testing phase. Just one step away from government approval.

USS-based Moderna is trailing not far behind and is expected to begin human trials later this month.

“I get that asked a lot. You know, is it important that America invents this vaccine and my feeling is, that it's incredibly unimportant," Pitts said.

What's important though, is finding a viable vaccine quickly and continuing to take the virus seriously.

North Carolina is reporting an all-time high number of coronavirus cases and now Americans are headed into the Fourth of July weekend.

"If we can tell people to do the right thing, then when a vaccine becomes available, it'll be effective much quicker because the rates will be much lower," Pitts said.

The big question being debated on now is who will get the vaccination priority.

First responders, teachers, the elderly and healthcare workers are among the first to be discussed.

And would the most affected states, like North Carolina, which is now in the top 15, get first dibs?

Pitts said that critical decision has yet to be made.

RELATED: "We don't have a lot of tools to fight COVID-19. I wish we did," says NC health leader

RELATED: Tom Hanks has a message to those not wearing masks: 'Shame on you'

RELATED: Wearing a mask could help save the economy, researchers say