The move comes after a slew of voluntary retirements which helped but weren't enough to counter the current in demand. 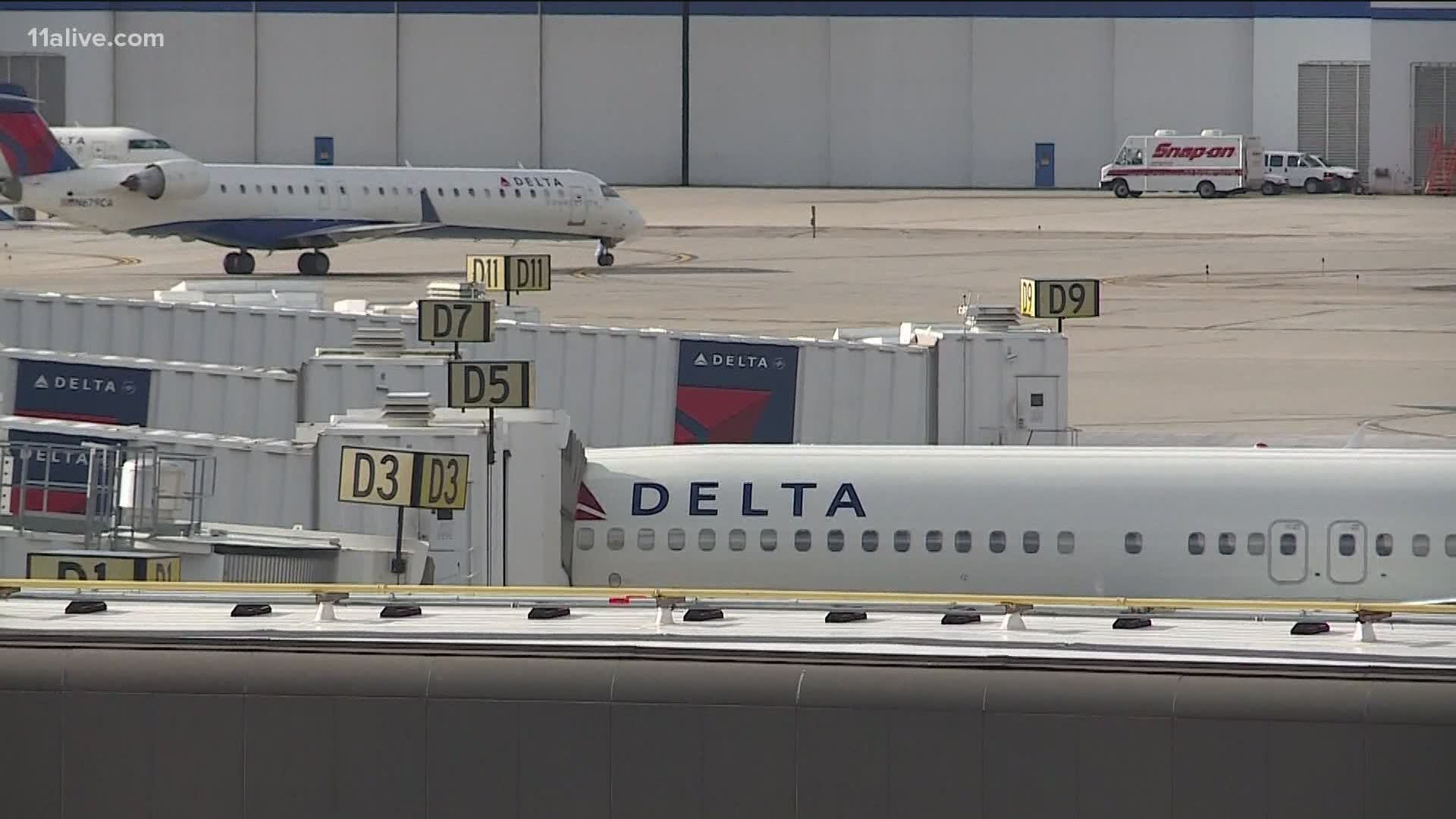 ATLANTA — Atlanta-based Delta Air Lines announced on Monday that it would be furloughing just shy of 2,000 pilots to help balance losses caused by COVID-19.

In a letter to company staff, John Laughter, the senior vice president of flight operations for the airline, said that even after better-than-expected participation in Delta's Voluntary Early Out Program (VEOP) the company is still fighting to right itself due to a massive decrease in travel.

"We are six months into this pandemic and only 25% of our revenues have been recovered," Laughter wrote. "Unfortunately, we see few catalysts over the next six months to meaningful change this trajectory."

Delta said it will need about 9,450 active pilots for the summer 2021 schedule which it expects will be the most active time in the next 12 to 18 months. However, roughly 11,200 pilots are still on the roster even after September's voluntary retirements.

As such, the company plans to furlough 1,941 pilots in October with those pilots likely getting a letter later in the week.

"To those who will be furloughed, I recognize this will have a profound effect on you and your families and we will do all we can to stay connected with you," Laughter wrote.

Furloughs can still be avoided if conditions improve. However, some of that will fall on whether the CARES Act is extended by Congress.

"While it’s possible, it is far from certain and we must continue to take the necessary steps to manage the business," Laughter wrote. "It’s vitally important for Delta’s recovery that we reduce our size considering the prolonged and uncertain road ahead."