'Kind of a heartbreak for all of us involved in science' | More than 600,000 doses of COVID-19 vaccine in NC could expire at the end of the month

There has been an increase in the number of people getting vaccinated in the last few weeks. Vaccine providers hope its enough to lessen the waste. 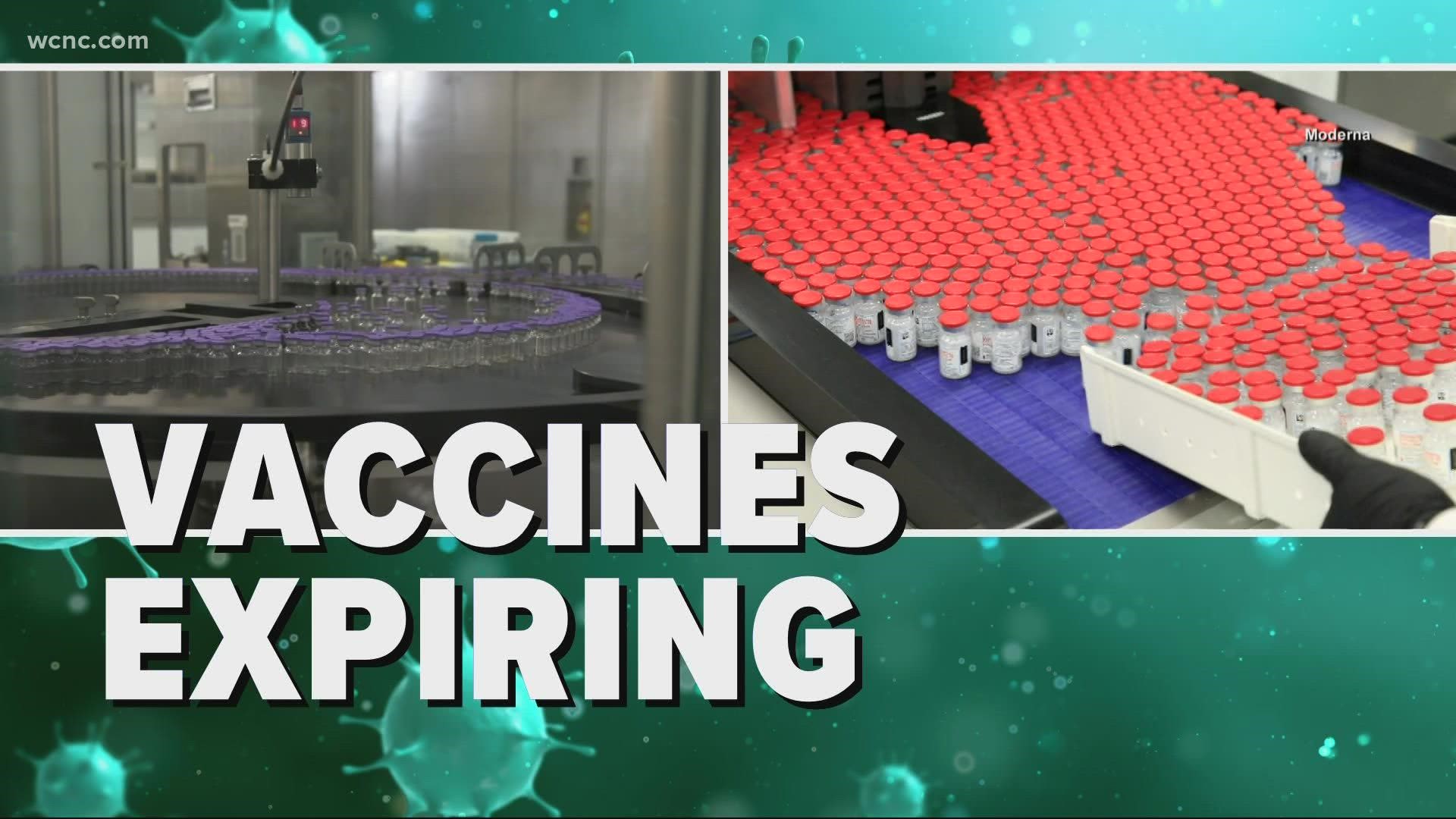 CHARLOTTE, N.C. — As the push continues to get as many people vaccinated as quickly as possible, hundreds of thousands of doses of Pfizer and Moderna vaccines sitting on the shelves in North Carolina are set to expire at the end of August.

County health departments and vaccine providers are doing everything they can to try and use them before it is too late.

What experts say will help get the country and world out of the pandemic could soon end up in the trash, as half of the state’s eligible population still hasn't gotten a shot.

“This is kind of a heartbreak for all of us involved in science,” Dr. Francis Collins, the director of the National Institute of Health told WCNC Charlotte. "The work that was done in 2020 to develop these safe and effective vaccines was nothing short of amazing."

According to the North Carolina Department of Health and Human Services, approximately 589,180 doses of Pfizer and 14,629 doses of the Moderna vaccine are set to expire at the end of the month.

The shelf life of the Johnson & Johnson product was extended six more weeks and is good until the end of September.

New data from @ncdhhs shows 603,809 doses of vaccine in the state right now could expire at the end of the month (approx 589,180 doses of Pfizer and 14,629 doses of Moderna). Here's a look at the waste report so far @wcnc pic.twitter.com/Tn4VyJuw0n

“People now know what to do to protect themselves and other people and our primary focus is going to be on vaccinations,” Gov. Roy Cooper said on Wednesday. “That’s what’s going to get us out at the end of the day."

The state isn't ordering any new doses, instead just having vaccine providers transfer between each other.

It's how the Union County Health Department is avoiding adding to the waste.

“What we do is just request smaller amounts from them and just pick those up. Local providers who don’t really even have the capacity to store even what we can, we keep a little extra on hand for them,” Maegan Trull, the immunizations coordinator for the Union County Health Department, said.

Trull says they’ll use everything on their shelves right now before it expires.

There has been a 42% increase in first doses given in the past few weeks, many hoping it's enough to keep doses from going to waste.

“We still really have a long way to go to protect those who really need it, so it really is, it’s hard to see," Trull said.

So far, since the state started receiving vaccines back in December, approximately 51,750 doses have been thrown away because they expired, around 200,000 more wasted for other reasons.