'Lord, I don't want to be one of the thousands': Elderly Forsyth County couple recount their COVID-19 vaccine frustrations

The Fritz' said they were denied vaccine shots at the Forsyth County Health Department after friends gave up their appointment spot for them. 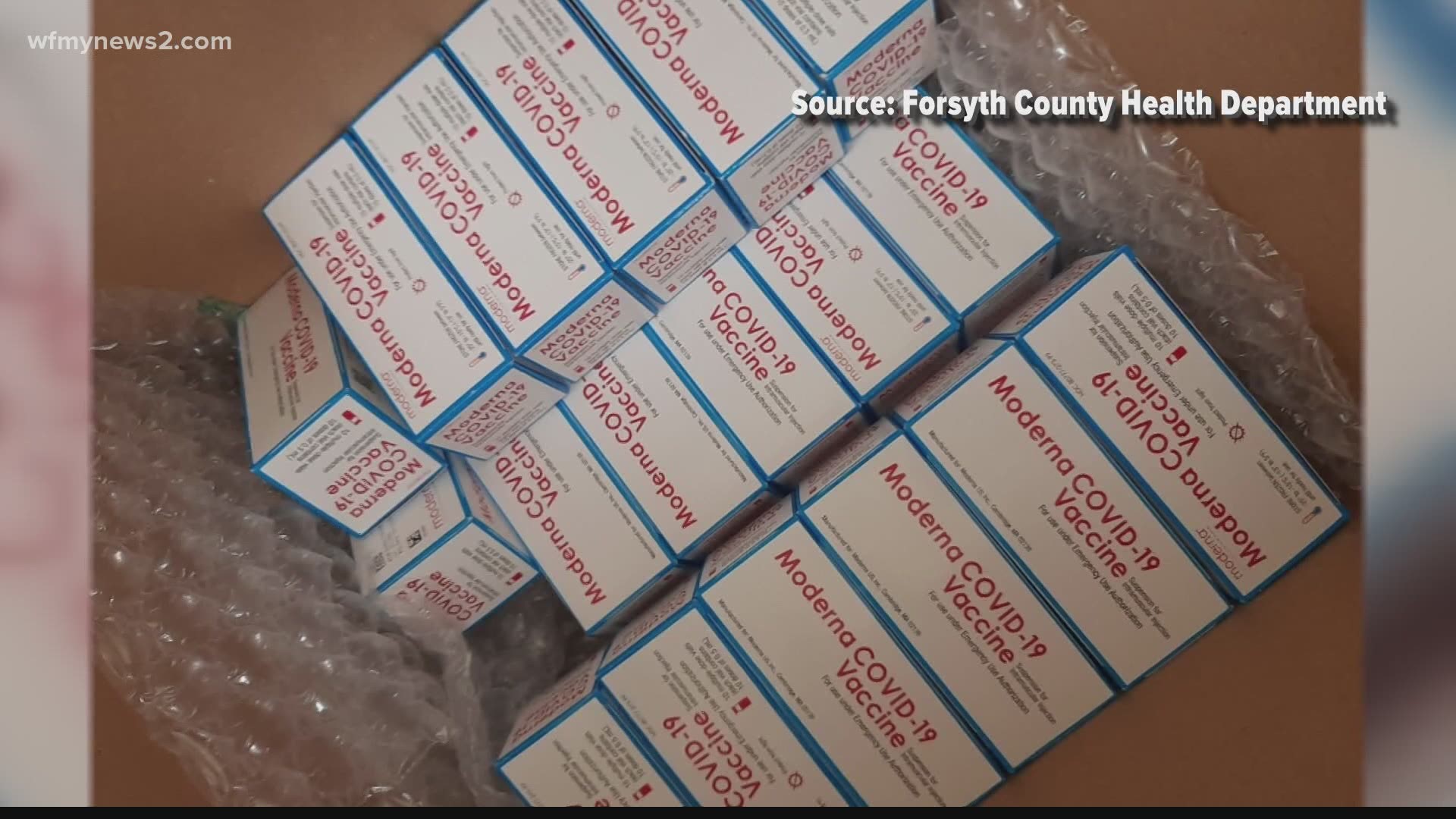 KERNERSVILLE, N.C. — More than half a million coronavirus vaccine doses have been administered in North Carolina, so far. The state opened the vaccination clinics to senior citizens and frontline workers. Around 20,000 of those shots have gone out in Guilford County with more than 24,000 in Forsyth. Despite those numbers, people are still struggling to secure an appointment.

An elderly couple and their disabled adult son said their efforts have been met with frustration over the past few weeks.

That came to a head when they said they were denied vaccine shots at the Forsyth County Health Department, Friday.

"I have liver cancer, I have Alzheimer's, I have seizures and I take medicines for that," Lindsay Fritz, 82, of Kernersville said.

"He also has COPD and I have diabetes and different problems," said his wife Sue Fritz, 76, also of Kernersville.

Their son Kevin Fritz who lives with them said he has been trying to book a COVID-19 vaccine appointment online for his parents. Unfortunately for them, they have not been lucky and have grown more concerned they would miss the window for their age group.

Fritz, who uses a wheelchair for mobility, said another couple volunteered their appointment slot to his parents so they could get their shots sooner. According to him, they all thought this seemingly simple trade-off would have helped solve the senior's problem. However, that wasn't the case as they eventually discovered.

The Fritz said they took the appointment information and checked in with front staff at the health department who gave them additional forms to fill out.

Credit: WFMY News 2
The Fritz' said they were denied vaccine shots after friends gave up their appointment spot for them

They said after explaining their predicament, staff told them they would be okay to continue on with the process because they were eligible for vaccines.

However, after waiting, Fritz said they were turned away at the point of getting the shot because the scheduled appointment they checked in on was not in their name.

"She proceeded to tell us that that wasn't allowed and that wasn't going to happen and we would have to go online and make another appointment," Fritz said.

"Because we can't do it in his name, his name was in the system, but our names were not," Sue Fritz said.

The seniors said they had woken up super early to get prepared and hoped they would finally get vaccinated with the first shot.

"It was a lot of effort and I hated that we went and we couldn't get the shot because I see it on TV about how many thousands of people are dying all the time and I said, 'Lord, I don't want to be one of the thousands'," Lindsay Fritz said.

"They need their's now and I thought you know that's just a waste. They got up early in the morning, they came and got me and it's just wasted," his son Kevin said.

"We are trying to get these COVID vaccines out so this pandemic is over and here we are getting turned away I'm not happy about that," he continued.

Due to the high demand, the vaccines are strictly administered by appointment only. People have said they have had difficulty booking appointments.

"We have had individuals who have come to the health department, who have made an appointment, but due to the system with the state COVID vaccine management system or possibly our scheduling system we've had some issues that we are working through," Joshua Swift, director, Forsyth County Health Department said.

"Where they didn't have an appointment but if they met the criteria and said they had an appointment, we are trying to honor that," Swift said.

Swift said the encounter the Fritz had was indeed regrettable. He promised to look into why staff members were unable to accommodate the seniors.

"I hate to hear about this and we want to make sure everyone has a positive experience and it's unfortunate that happened," Swift said.

To avoid what happened to the Fritz Family, keep in mind to enter the information of the person or persons getting the vaccine when you're helping them set up an appointment. 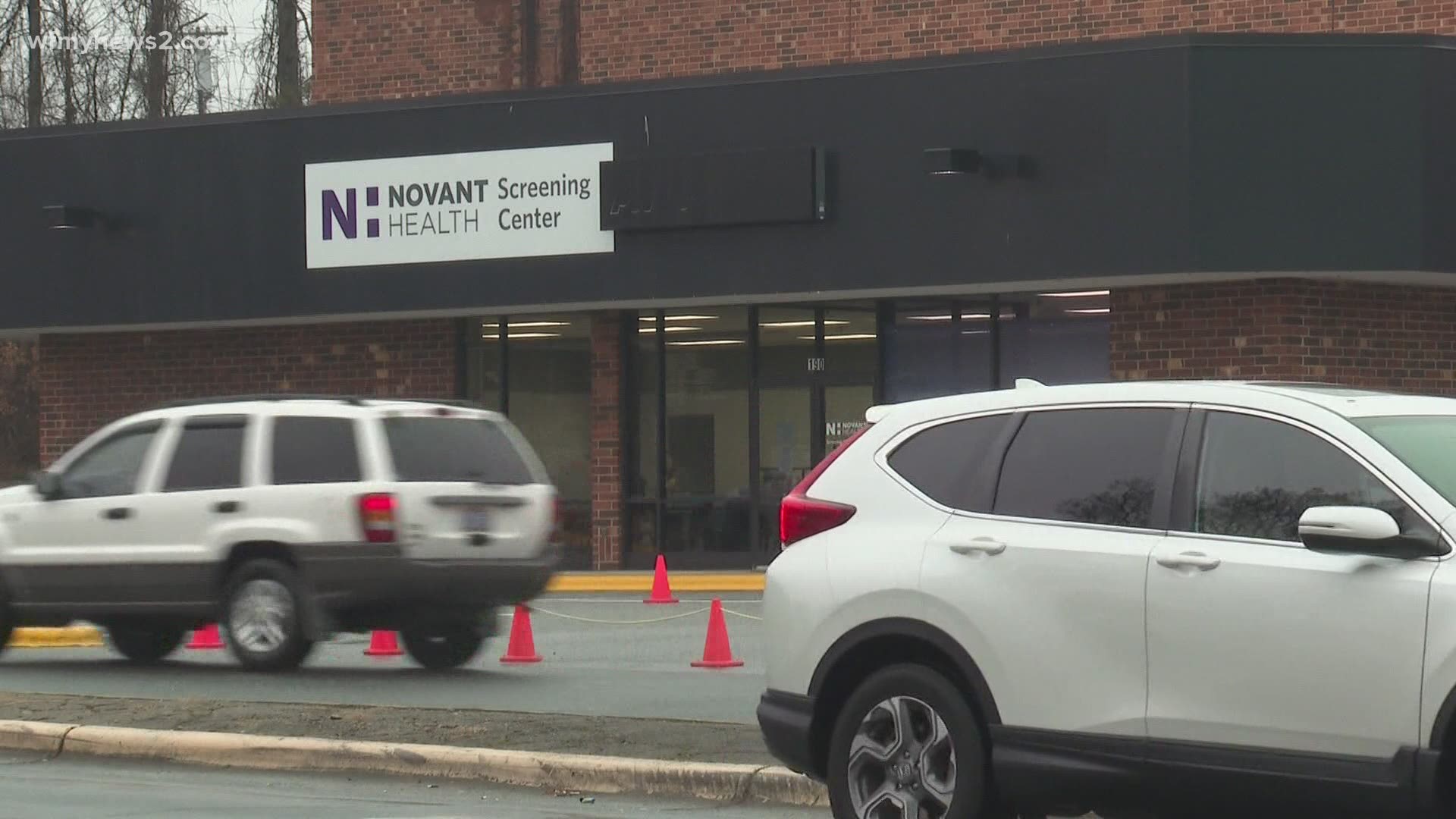