Experts are blaming the coronavirus for the surge in opioid overdoses

Overdose deaths in this Florida county have doubled during the pandemic. 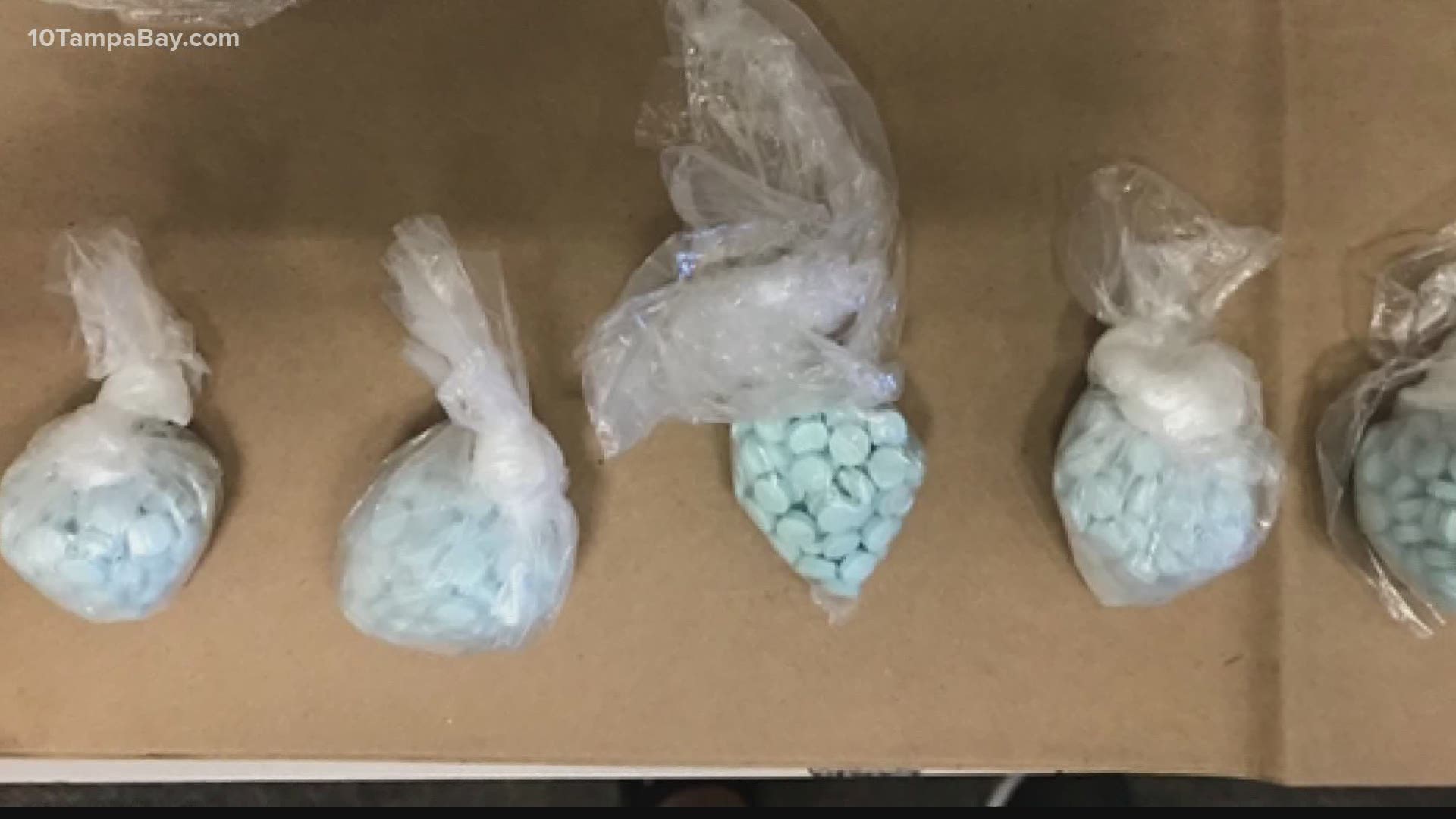 SARASOTA, Fla. — The COVID-19 pandemic is ongoing, but we're also still in an opioid epidemic -- and it's gotten worse.

One pill can turn to two, and then that's one too many. Some spots across Tampa Bay are seeing a surge in opioid overdoses while experts blame the coronavirus pandemic.

The Sarasota County Sheriff's Office has reported already 29 opioid deaths in the first six months of this year. That's more than double the 13 deaths in all of 2019.

Giasone said the number of non-deadly overdoses has also skyrocketed from 88 overdoses in all of 2019 to 121 in the first six months of this year.

"No one wants to see the numbers go up on anything. Crime, or overdoses, we all want to help people that's why we do this job,” Giasone said.

“That's a concern of ours because we see this as a direct result of COVID-19 and some other factors,” said Major Todd Shear of the Manatee County Sheriff’s Office.

There have been 130 more overdoses than last year in Manatee County, and 2020 isn't even over yet. Shear said he's not surprised by the surge.

"When you put people in isolated situations, when you take away organized structure in their life whether it be a job or going to AA meetings or counseling, support groups that are no longer meeting tends to give people a lot more time on their hands and with idle time,” Shear said. “It's causing them to make some bad decisions."

In both Manatee and Sarasota counties, fentanyl and carfentanil are two drugs showing up in many of the overdose cases.

RELATED: Struggling with addiction? Now is the time to cope and get help

"You're buying stuff on the streets, so you never know what you are getting,” Giasone said.

Fentanyl is a powerful medication typically used to treat cancer pain. The most dangerous version of this synthetic opioid is carfentanil, which has been used as an elephant tranquilizer.

A medical examiner tells 10 Tampa Bay carfentanil is 10,000 times more powerful than morphine. The smallest amount is enough to kill a person.

“We've seen lifelong cocaine users tell us they've never overdosed in their entire life and then all of a sudden they find themselves passed out struggling to breathe,” Shear said. “Come to find out that their supply of cocaine is in fact laced with fentanyl."

With the end of this coronavirus nowhere in sight, Shear said we need to focus on prevention.

Congressman Vern Buchanan is trying to do just that, asking for extra funding from the next coronavirus relief bill to go toward drug treatment and prevention.

In the meantime, remember, you're never alone. If you're struggling with addiction during this time don't hesitate to call your local sheriff's office. They'll point you toward resources to help.

RELATED: 'You're not alone': Tampa Bay therapist helps us deal with this stressful time