Test results showed Pat James had COVID-19. Abbott says officials will soon be able to test as many as 20,000 people per week. 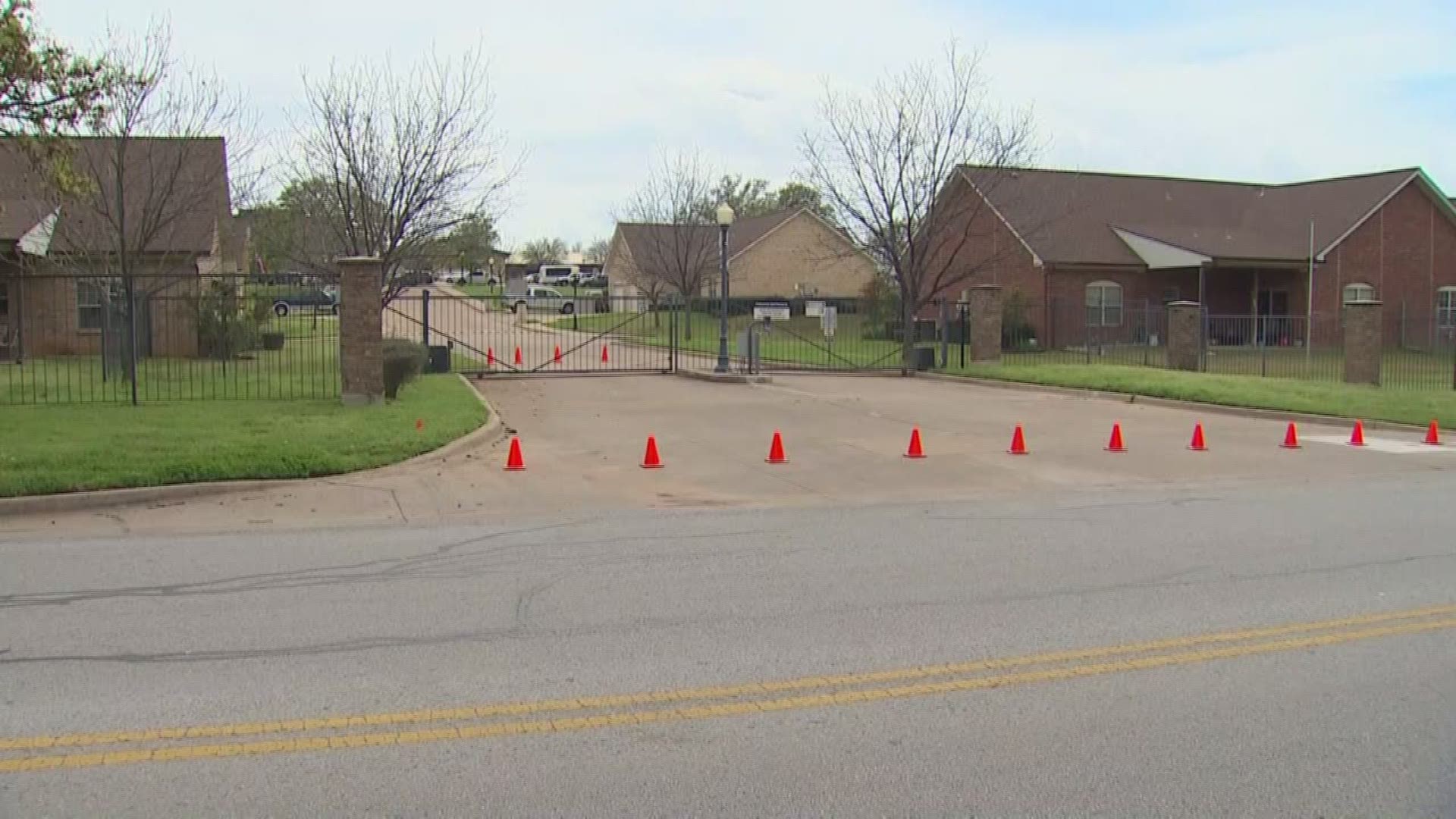 ARLINGTON, Texas — All residents and employees of the Texas Masonic Retirement Center in Arlington will be tested for COVID-19 after a resident who died tested positive for the illness, Gov. Greg Abbott said Wednesday.

The governor, expressing his sympathy for the family of Pat James, also said anyone who had come in contact with him would be tested. James’ wife, Jean, has also been sick with symptoms similar to her husband's and was tested Tuesday evening.

A team from the Centers for Disease Control and Prevention is en route to Tarrant County to help local officials with the effort to test and track who the couple had contact with, Abbott said.

His was the first confirmed death related to the novel coronavirus in Tarrant County. There have been two other deaths in Texas, including one in Collin County.

Abbott announced that 2,500 testing kits had been sent to Tarrant County. He also said that within a few days, officials would have the capacity to test between 15,000 to 20,000 per week.

The governor said he planned to make an announcement Thursday about the potential closure of bars, restaurants and other entertainment venues.

Dallas County Judge Clay Jenkins and Fort Worth Mayor Betsy Price have already issued orders closing those establishments as well as gyms in their jurisdictions.

However, Whitley is also suggesting those establishments close given the increase in the number of cases since Friday when he made his disaster declaration.

“On the day I made my disaster declaration, there were zero deaths. Now there are three. … This spread is occurring across the entire state of Texas," he said.

To date, there have been 83 confirmed cases of COVID-19 in 23 counties in Texas, according to Abbott, and more than 1,900 people are being monitored for possibly having the illness.

Abbott said he had been in contact with President Donald Trump as well as the CDC following James' death.

The governor said he was confident that Texas has enough hospital beds to take care of those who may need to be hospitalized. He noted that most people who get the illness will recover without needing hospital care.

Abbott thanked the health care workers who working on the front lines to help those who may have been exposed to the illness. He promised that the state will collaborate and partner with local officials to the “fullest extent possible.”

“Texas and Texans are living in challenging times, but Texans are always up to the challenges,” the governor said, mentioning prior infectious diseases the state had dealt with including Ebola and SARS.

James had been sick for weeks. His family said he had been in Arlington Memorial Hospital since last Tuesday.

He was sedated, on a ventilator and in quarantine when he underwent testing for COVID-19 Saturday. The results were not yet back when he died early Monday.

His family has also said that he had not traveled internationally nor was he known to have been in contact with anybody who had traveled outside of the county.

James’ family was frustrated by the length of time that it took to get results back on his testing.

John Hellerstedt, the state’s health commissioner, said the CDC is expanding the risk factors for testing to include people who are seriously ill in a hospital who don’t have a known cause for illness.

Rhenda Gray, a spokeswoman for the retirement center, said as of Wednesday afternoon, testing had not yet started. She said the residents of the facility are in isolation and meals are being delivered.

Gray also expressed her condolences to the family.

“This resident is not just a number to us,” she said. “He’s a friend and neighbor… He’s just so much more than a statistic.”

She added that they are very concerned about James’ window.

“We want to make sure she knows we care, love and are supporting her,” Gray said.

James and his wife of nearly 20 years lived in a duplex at the retirement center.

His was the second case of community spread in Tarrant County, Whitley said. To date, nine people, including James, have tested positive for COVID-19 in the county.

“We’re in a fight and there’s no doubt about it,” Arlington Mayor Jeff Williams said during the news conference.

He implored people to frequently wash their hands, to avoid shaking hands, to stay home if they are feeling sick and to just generally practice good hygiene.