The group Rural America 2020 purchased the ad space on Des Moines' south side. 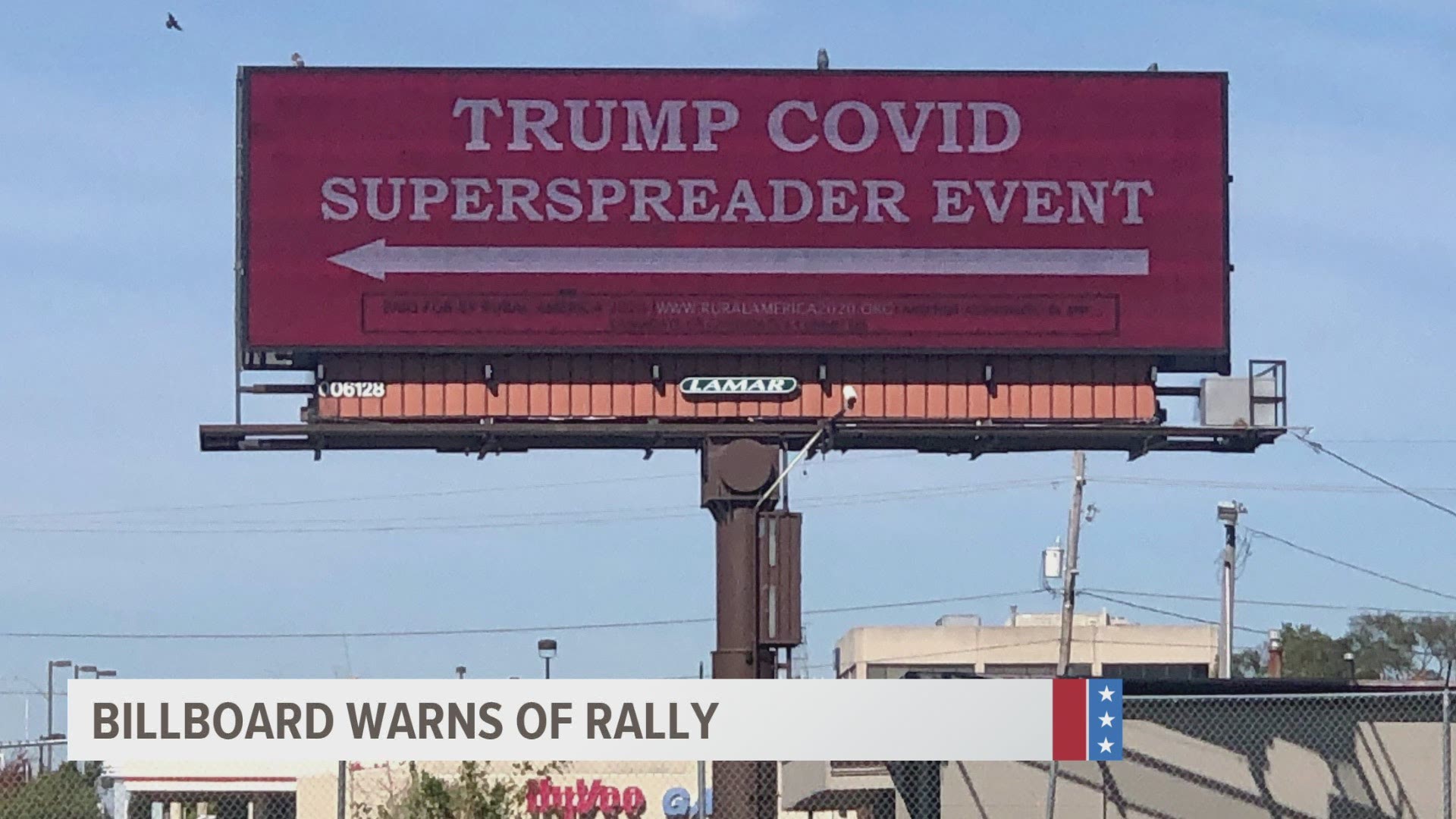 DES MOINES, Iowa — It became one of the most viral things on social media.

We’re doing our part to warn Iowans that @realdonaldtrump is in town tomorrow. This billboard is directly outside the Des Moines Airport where he will hold his hangar rally. #Superspreader #SuperspreaderTrump #covidiots pic.twitter.com/KtN9SebH4T

Local 5 spoke with Chris Henning, a member of the group's Board of Directors and a farmer from Greene County.