Herd Immunity | How long will it take to get there? Experts dig into data

From an antibody study to vaccination projections, doctors and data scientists talk about where we've been and where we're going in the fight against COVID-19. 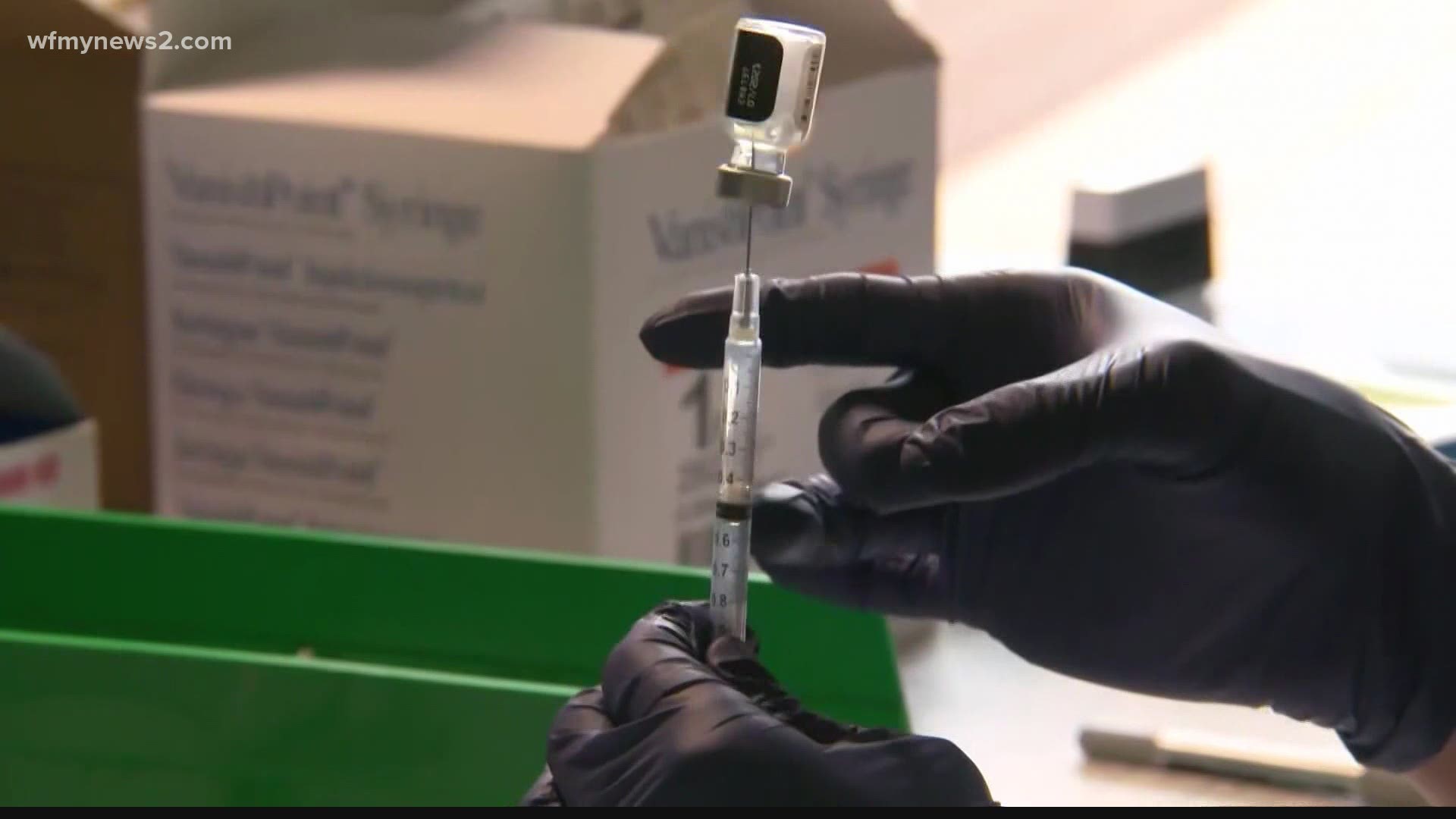 NORTH CAROLINA, USA — More than a year ago, when the pandemic started, doctors thought vaccines and high levels of antibodies to combat coronavirus were years away.

Over the course of the last 14 months, everyone from data scientists to doctors and vaccine trial volunteers contributed in some way to the progress in the pandemic today.

Once the first case of COVID-19 came to light overseas, Cone Health Data Scientist Michael DeWitt got to work.

“We started scraping the NCDHHS website before they had the dashboard and more accessible data,” DeWitt said.

Now, looking at the studies and the road ahead, the herd immunity that doctors thought was years away might not be as far-fetched as some once thought.

“At the beginning of the epidemic, I did not expect the vaccines to get here so fast and to be so effective,” said Wake Forest Baptist Health Chief of Infectious Diseases Dr. John Sanders, “I was shocked that we were talking about 95 percent.”

DeWitt has been forecasting hospitalizations and surge models since the start of the pandemic.

“Early on, our initial models were very stark,” DeWitt said.

At the height of the pandemic in January, 266 people with COVID-19 were in Cone Health hospitals.

Even though the worst of the surge has since calmed and the projections are no longer necessary on the hospital's website, DeWitt is still at work behind the scenes trying to map out the future.

“We anticipate cases will stay fairly stable through at least the next four weeks through May and what we are looking at now is vaccination rates,” DeWitt said.

A graph provided by Cone Health in April shows the possible path vaccination rates could take.

The graph breaks down vaccination rates as of April 2021, and how long it could take to get to higher percentages of people vaccinated in Triad counties by the fall of 2021.

DeWitt said they've been looking at data showing more people are going out in public and heading back to work as vaccines roll out. By April 2021, people have been the most active and mobile since the start of the pandemic.

Vaccines have played a crucial component in the fight toward herd immunity. Local healthcare providers like Wake Forest Baptist Health spearheaded some of the trials right here in the Triad.

Sanders said the hospital also conducted an antibody study, giving doctors and scientists an idea of how much progress has been made in the fight.

“We can say with a lot of confidence between one quarter and a third of us had been infected, had already developed antibodies before the vaccines ever rolled out,” Sanders said.

As of February, the antibody study had nearly 40,000 people enrolled since April of last year.

The likelihood that someone would test positive for antibodies before the vaccines rolled out was 30%, but now, with more people vaccinated, probability has shot up.

“So you add our vaccination rate to that number. Right now, we’ve got about a third of Americans (that) have been fully vaccinated, and about 50% of us have received at least one dose. Our numbers should be getting high. We’re starting to move into those areas that we predicted would get us to herd immunity," Sanders said.

Doctors still don't have a concrete answer as to if and when herd immunity will be achieved, but Sanders' outlook on the future continues to be optimistic.

The push to get people vaccinated will continue over the course of the next few months, and when exactly most people will have some form of protection from COVID-19 remains to be seen, but experts said the future remains bright.

"The virus is not going to go away. It will continue to circulate, but the more of us that have immunity, whether that’s from a vaccine or a natural infection, the less obvious impact it's going to have on our lives," Sanders said.

Sanders stresses we all play an important role in that fight to bring this paralyzing pandemic to an end.

"We need to get out and get vaccinated," he said.