Gracie Howell volunteered for Moderna’s vaccine trial at UNC, after losing her job in the hospitality industry back in March. 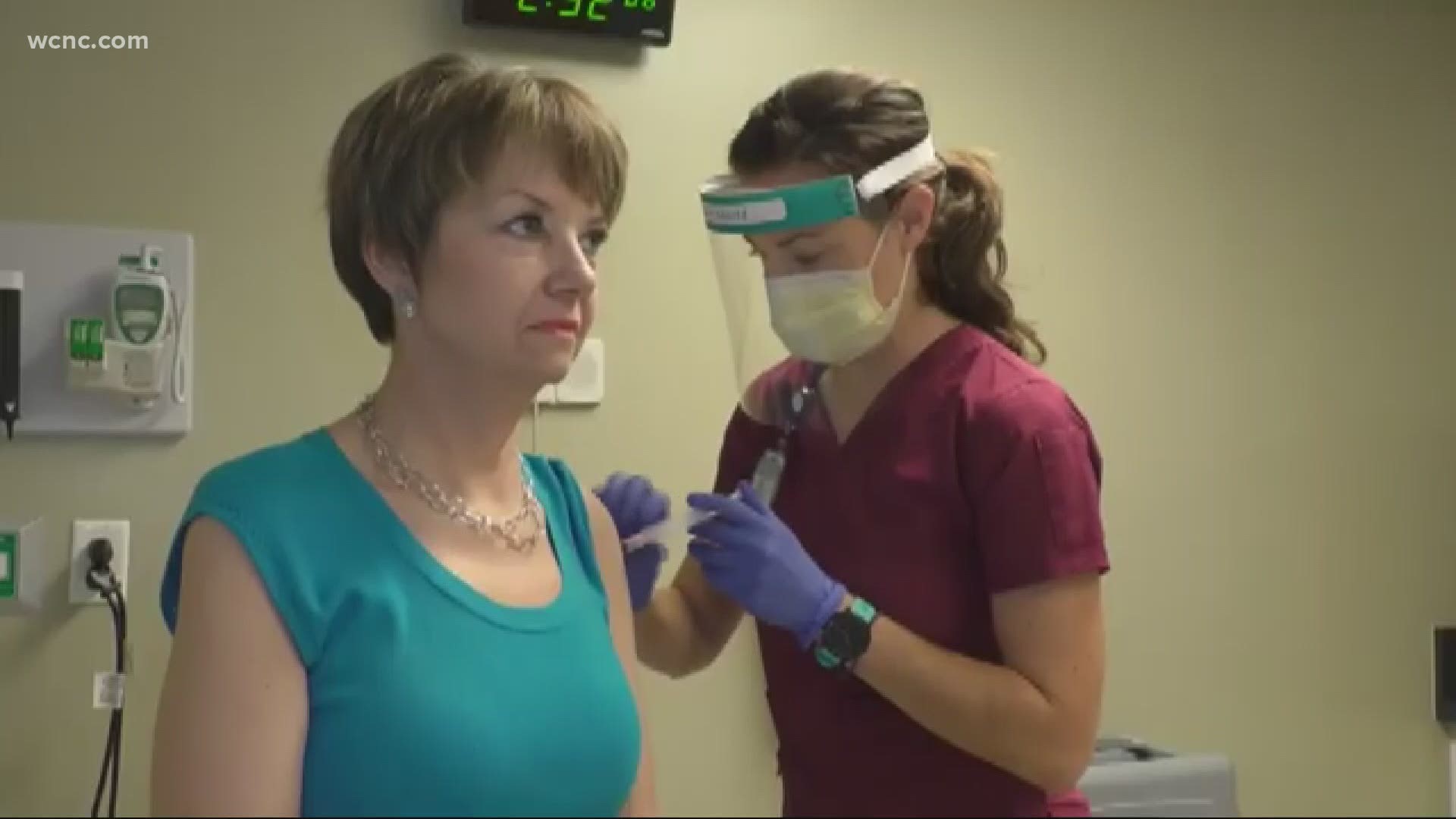 CHAPEL HILL, N.C. — A woman who lost her job during the pandemic is now participating in the Moderna vaccine trial at UNC-Chapel Hill.

In recent weeks, Moderna announced their vaccine is about 95% effective and there are no significant safety concerns reported. Gracie Howell, who is participating in the trial, says she was very proud to hear about the results.

“I wanted to part of the solution,” Howell said. “The only way forward for the country and for the world was going to be a vaccine to eradicate COVID.”

Howell volunteered for Moderna’s vaccine trial at UNC, after losing her job in the hospitality industry back in March.

“Like so many people, my life was turned upside by COVID,” Howell said.

Within weeks of the WCNC Charlotte interview with Howell, Moderna announced their vaccine is about 95% effective and no significant safety concerns were reported.

“I'm very proud to be part of such a successful project,” Howell said.

I’m very #Thankful for the thousands of volunteers who are participating in #COVID19 #vaccine trials, like Gracie Howell who is in the ⁦@moderna_tx⁩ study at UNC. ⁦@wcnc⁩ pic.twitter.com/hS8nj5q01R

“I saw it as a good opportunity to take action,” Morningstar said.

Morningstar said after receiving the injections, he experienced a short term fever.

I think it got up to 101, but I took two ibuprofens and it went away within a couple hours.”  Morningstar said. “The side effects aren't really a concern for me, especially considering the alternative which is COVID, which has hospitalized even some people my age.”

Howell says she has received two injections but has not felt any impact.

“I have no symptoms at all during the vaccine trials, none,” said Howell. “I don't know if I have the placebo or the actual vaccine.”

With their contributions to science, they’re now asking others to think about the greater good.

“I would strongly encourage people to get a vaccine so we can get the ball rolling on ending this nightmare,” Morningstar said.

“I felt a responsibility to my family, my friends, my loved ones, to my community, my country, to the world,” Howell said.

Howell said her father is a geneticist, which gave her confidence in the vaccine process to know it’s safe and effective.