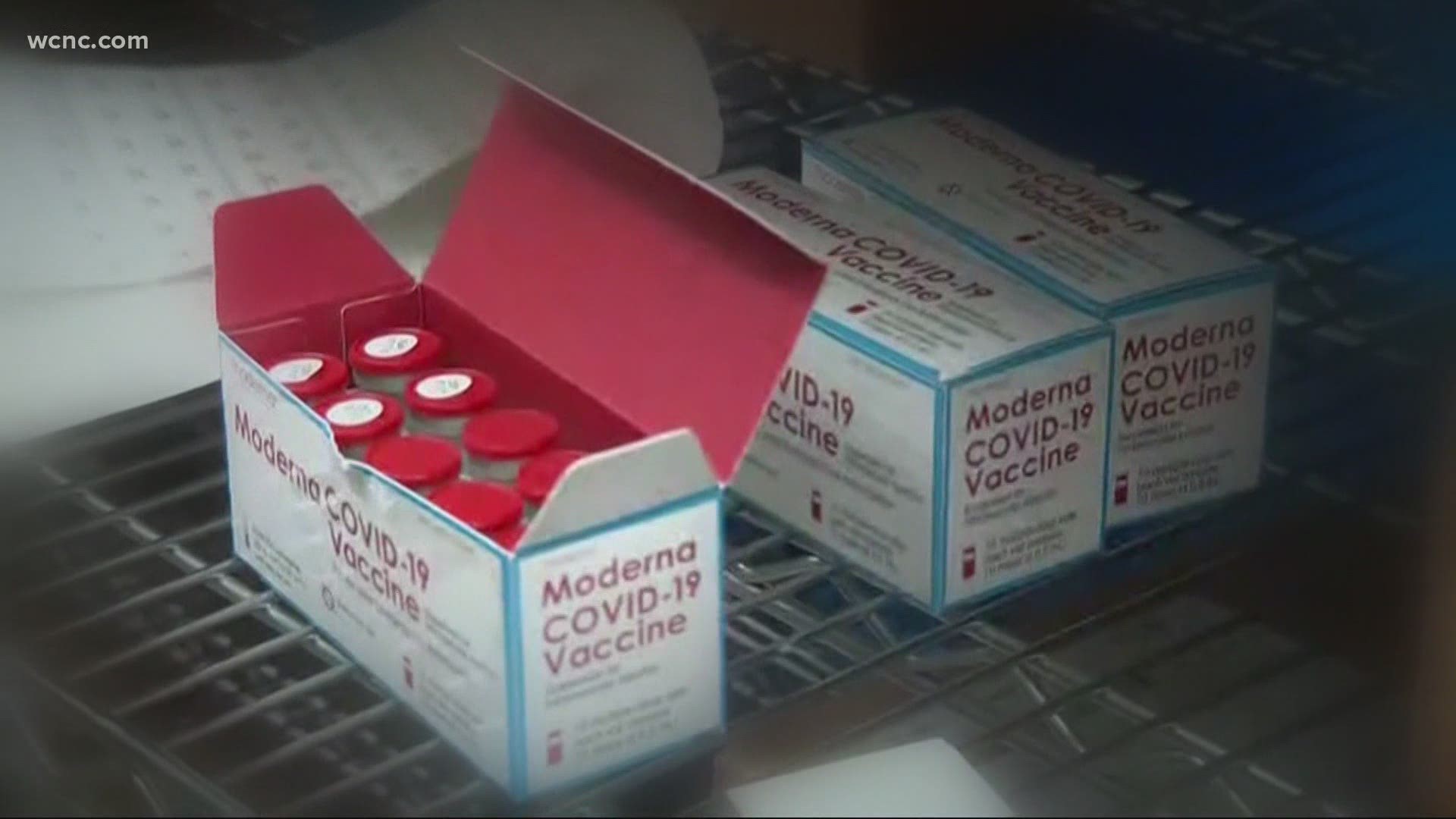 MOORESVILLE, N.C. — Federal and state health officials have been pushing county health departments and hospitals to speed up the covid vaccination process. But while some places have been sluggish rolling it out, Iredell County is catching the attention of state leaders, for vaccinating quickly and efficiently.

"I want to recognize that some are doing fantastic. As I said, some health departments and I want to call out a couple, Robeson, Iredell, they are doing tremendous work and they literally have 0 vaccines sitting on their shelf. Others are struggling to get that vaccine out for a variety of reasons,” she told state lawmakers.

At Mazeppa Park in Mooresville, cars moved slowly but surely on Thursday, a covid vaccine for anyone 75 or older at the end.

“I don't think that we're doing it any better than anyone else,” said Jane Hinson, the health director in Iredell County.

But they're getting almost all the vaccine they're allocated into people's arms, exactly what the state wants to see.

“It’s just doing it quickly. There’s nothing magic to that. It’s community partnerships where they're allowing us to have clinics," said Hinson. "It’s working with law enforcement, emergency management. It's just a community initiative."

And it’s all hands on deck, even she is helping to vaccinate people.

“I am drawing up vaccine and I am getting band-aids ready and I am helping our staff. I am just one member of a team of a phenomenal staff,” she said.

RELATED: North Carolina to vaccinate anyone 65 years and older

Hinson knows there is a need for speed. She said the key in Iredell County has been that they are not taking appointments. It is first come first serve.

On Thursday or Friday of each week, they find out how many doses of the Moderna vaccine they will be getting the following week. If they will have enough to hold a mass vaccination clinic in the park, the plan it and inform the public. On the day of the clinic, they give each car a ticket. They don’t make more people than they can vaccinate wait in line.

Even though the state guidelines changed on Thursday, they won't start vaccinating people 65-74 just yet. They will continue to prioritize people 75 or older.

“In our community, 55% of our deaths are in that age group. They're vulnerable, they want to be vaccinated,” said Hinson.

The long lines they see means there is a lot of interest in the vaccine. To Hinson, it’s a light at the end of a long tunnel.

“This is true public health at work. We work silently behind the scenes and I think for the past 10 months, it’s been front and center but this is why we're here, to help the community,” she said.

The next clinic at Mazeppa Park in Mooresville will be held on Jan. 20.

They’ll hold a clinic at the Hebron Baptist Church in Statesville on Jan. 21.

They are still only accepting people 75 and older. Both clinics start at 10 a.m. and numbers will be handed out upon arrival. They ask people to fill out the registration form found here beforehand.