The alert comes a day after two top officials said there was a possibility the Olympic Games could be canceled or proceed without any fans. 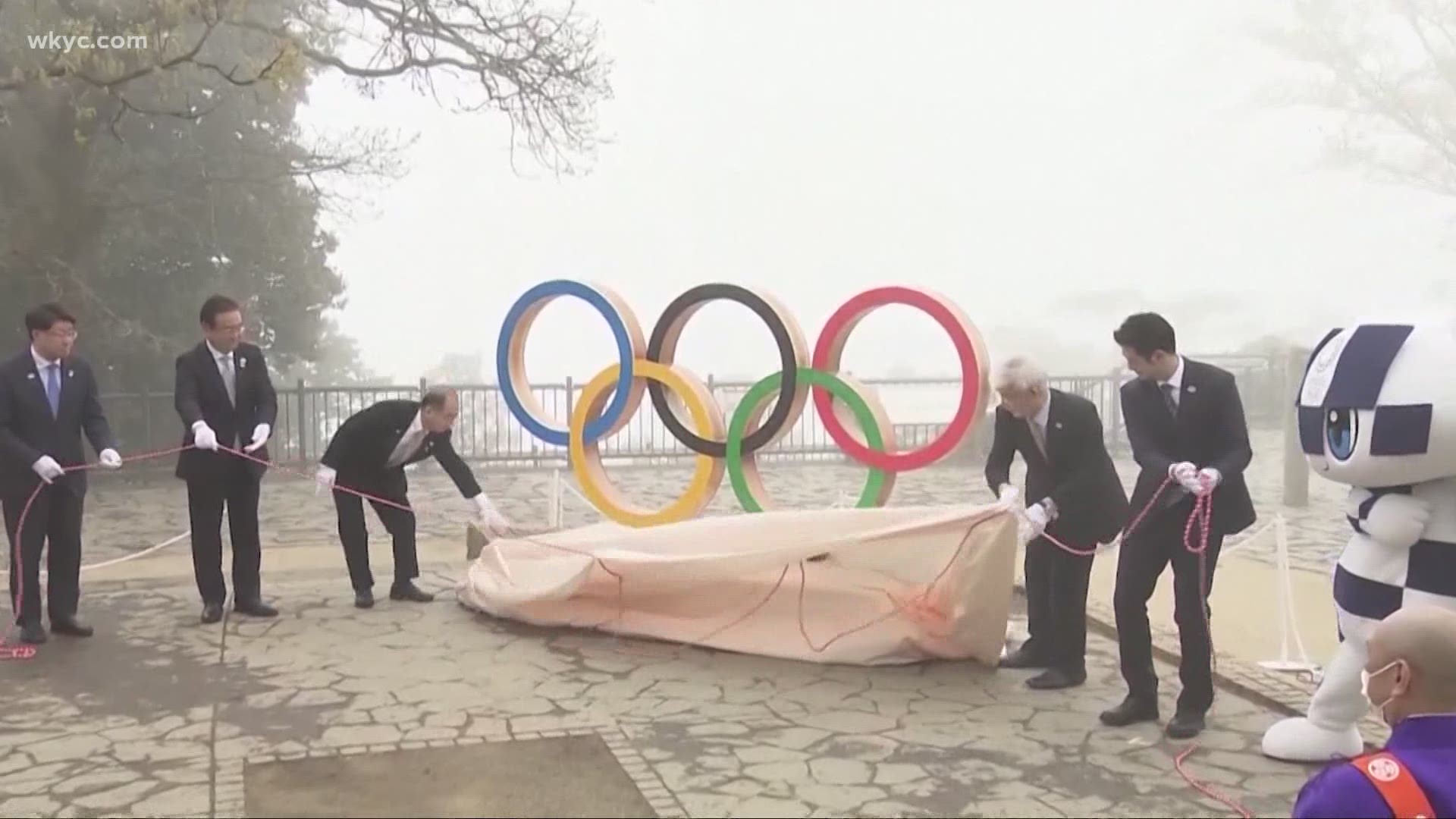 TOKYO, Japan — Japan decided to raise the coronavirus alert level in the capital's three neighboring prefectures and a fourth area in central Japan on Friday to allow tougher measures as a more contagious coronavirus variant spreads and adds to doubts about whether the Tokyo Olympics can go ahead.

The government approved the alert status for Kanagawa, Saitama and Chiba prefectures in the capital region and Aichi in central Japan. The measure will allow heads of the prefectures to mandate shorter hours for bars and restaurants, along with punishments for violators and compensation for those who comply.

The measures are to begin Monday and continue through May 11 after the end of Japan's “golden week” holidays.

RELATED: Head of Tokyo Olympics again says games will not be canceled

“We must keep the infections from spreading further and causing a big nationwide resurgence,” Chief Cabinet Secretary Katsunobu Kato said, asking the people to avoid traveling during the holidays.

The move comes only four days after Tokyo was placed on alert amid a surge in new infections. Many of the cases have been linked to nightlife and dining spots, but they have recently spread to offices, elderly care facilities and schools. Experts have warned that the variant of the virus spreading now is more contagious and could also cause serious cases among younger people.

The surge has also prompted concern among many Japanese about hosting the Tokyo Olympics, scheduled for July 23-Aug. 8. On Thursday, a top ruling lawmaker said there was a possibility the Games could be canceled.

Japan added 4,576 cases on Thursday for a total of 520,745 since the pandemic began with 9,538 deaths, the Health Ministry said. Japan's slow-moving vaccination campaign, meanwhile, has covered less than 1% of the population since it started in mid-February.

Prime Minister Yoshihide Suga’s government has been criticized for being too slow in enacting anti-virus measures out of reluctance to further damage the economy.

The new measures cover the areas hit by rapid spikes fueled by a new virus variant first detected in the U.K. The alert comes with binding orders but only for bars and restaurants to close at 8 p.m. while measures for residents are only requests, leading some experts to doubt their effectiveness.

Tokyo Gov. Yuriko Koike has urged everyone except for essential workers to stop commuting between Tokyo and its neighboring prefectures. She said officials have started inspecting restaurants to ensure safety measures are being followed.

Experts worry that many people are getting tired of restrictive life and have become less cooperative with official requests, especially after repeated reports about lawmakers and bureaucrats defying them. In late March, a group of 23 Health Ministry officials dined at a restaurant until midnight, triggering public outrage.

Dr. Satoshi Kamayachi, a government virus taskforce member, stressed the need to keep the health system from collapsing and urged officials to consider switching to a state of emergency.

A state of emergency would allow prefectural leaders to issue a broader range of measures including orders for non-essential businesses to close.