North Carolina bars that are currently closed will remain closed. The 11 p.m. curfew will start Friday. 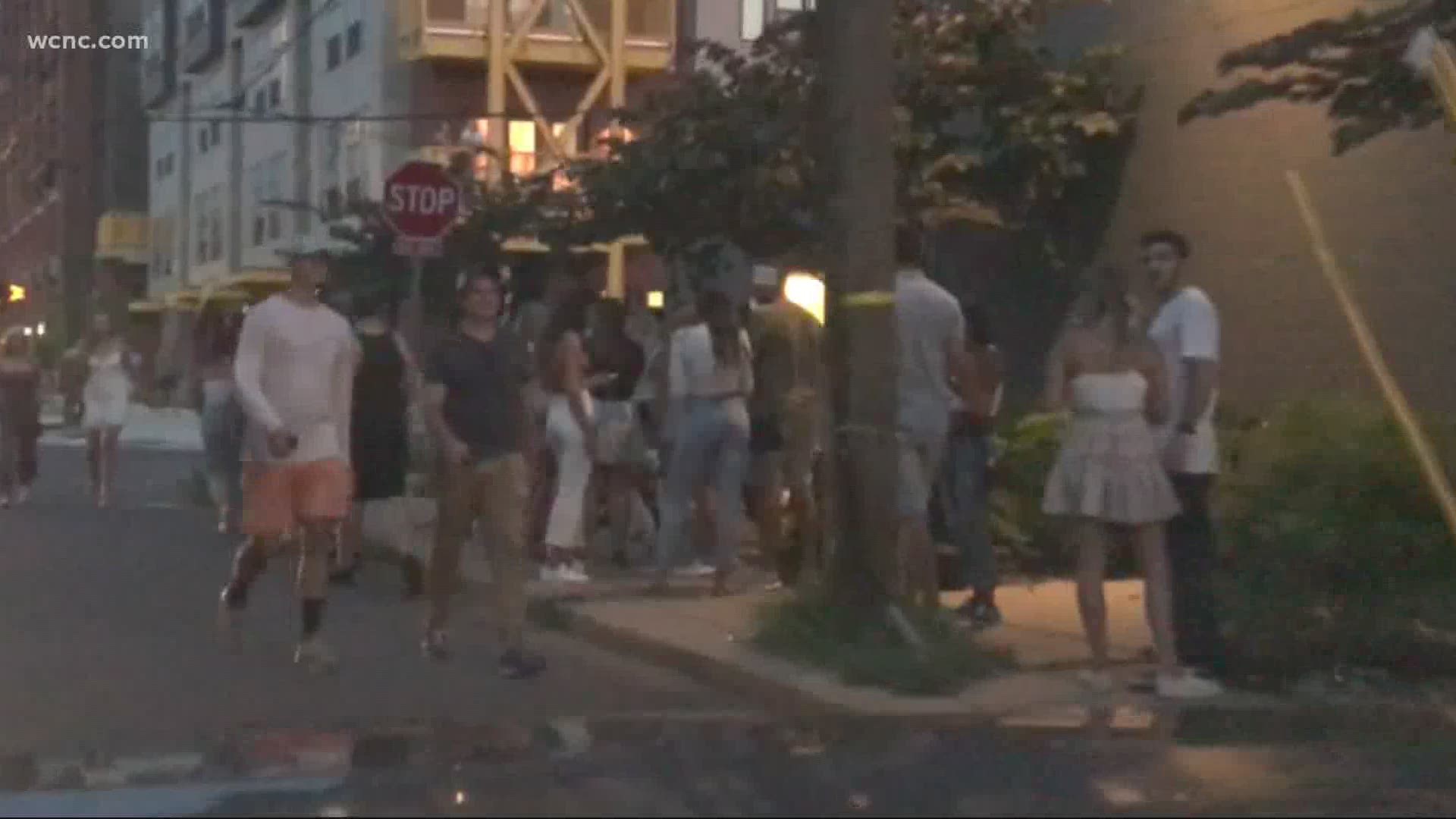 CHARLOTTE, N.C. — Gov. Cooper is stopping the sale of alcoholic drinks in restaurants, breweries, wineries, and distilleries at 11 pm. North Carolina bars that are currently closed will remain closed. This order will take effect Friday, July 31.

“Slowing the spread of this virus requires targeted strategies that help lower the risk of transmission,” said Governor Cooper. “This will be particularly important as colleges and universities are scheduled to start, bringing people all over the country to our state. We have seen case numbers increase among younger people, and prevention is critical to slowing the spread of the virus.”

The order will not apply to grocery stores, convenience stores or other entities permitted to sell alcohol for off-premises consumption. Local governments that have implemented orders that end alcohol sales before 11 pm or that apply to other entities remain in effect.

“Seeing glimmers of potential progress does not mean we can let up -- it means it’s time to double down,” said NCDHHS Secretary Mandy K. Cohen, MD. “The positive signs in our trends should only strengthen our resolve to keep at it with those 3 Ws – wear a face covering, wait six feet apart, and wash your hands often.”

The North Carolina Department of Health and Human Services reported Tuesday that 1,244 people are in the hospital with coronavirus, marking a new record high since the pandemic began.

According to DHHS data, North Carolina has 116,087 cases of COVID-19 with 1,820 deaths. The state's two-week percentage of positive test results is just below 8%. DHHS data shows the state's overall positive test trend has remained mostly stable with a slight decrease since Gov. Roy Cooper's face mask mandate was issued in June.

Tuesday's event was the first time Gov. Cooper has spoken publicly since President Donald Trump's visit to a lab developing key components of a potential COVID-19 vaccine. During the visit, Trump told WRAL-TV that he plans to accept the Republican Party's nomination in North Carolina. The scaled-down Republican National Convention is still scheduled to take place in Charlotte later this summer after the celebration was canceled in Jacksonville, Florida.

“All I know is I’ll be in North  Carolina,” Trump said. ”I am really honored to do it in North Carolina.”

Trump's comments are a bit of a reversal after he criticized Cooper for not signing off on a full convention earlier this summer.

RELATED: A quarter of the test results not counted when calculating percent positive for COVID-19 in North Carolina