'We're just not there yet' | North Carolina gives green light to vaccinate adults 65+, but some health departments aren't ready just yet

Several health departments in the Triad said because of a limited supply of vaccines, many are still trying to complete vaccinations for ages 75 and up. 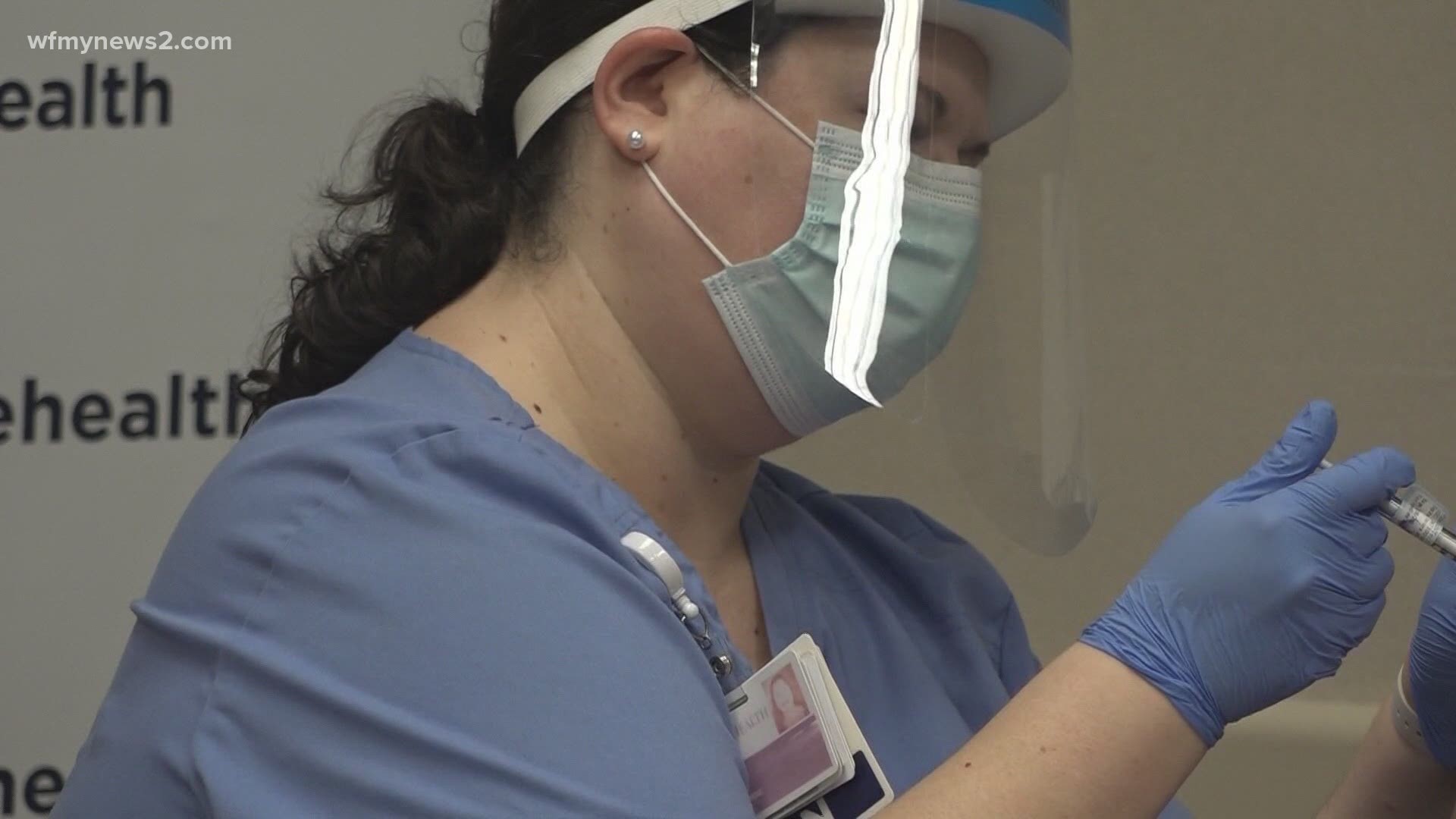 State leaders are working to get more vaccines into arms faster as hospitalizations and cases surge across North Carolina.

Health departments in the Triad are still working through plans to roll out vaccinations for ages 65 and up while catching up on vaccinating those ages 75 and up.

"Before this new guidance and the changes that came out to include the 65 and older we were really inundated with the response of the 75 and older. They are calling and persistent and they're ready to be vaccinated which is great," said Davidson County Public Health Strategist Janna Walker.

Walker said the health department doesn't have a date on when they think they'll be able to start scheduling appointments for ages 65 and older but are working as fast as they can.

"We haven’t caught up with that population [age 75 and up] and we are not completely finished vaccinating them so to add in a whole other subset of people, you might not think it's that many people but it is. We're just not there yet," she said.

Health departments in Guilford County and Forsyth County said they're still working through plans for the next stages of vaccinations.

Forsyth County said they're currently only accepting appointments for those in the 75 and older age group.

Alamance County Health Department said it will also continue vaccinations for age 75 and older for now.

"In the coming weeks, as more vaccine becomes available, the Health Department will begin accepting appointments from persons age 65 and older," a press release from the Alamance County Health Department said.

Walker said the Davidson County Health Department wants people to know that they have a spot for a vaccine and they will get to everyone eventually.

"Our goal is to get it to you as soon as possible and we are working as fast as we can to catch up but we also want you to have a vaccine at the end of the day and not have to stand in a long line," Walker said.

Walker said for phase 1A and age 75 and older, the health department was looking at around 25,000 people to vaccinate if everyone chose to get the shot.

Walker said to date, they've given just over 3,000 vaccinations.

Cohen says vaccine supplies are limited and the demand is high. She says challenges like space, staffing, and lengthy registration processes are contributing to delays.

Pharmacies including CVS and Walgreens are helping get vaccines out to long-term care facilities in our state, and not to the general public.