Tyler Perry will restart production on TV shows in July

On May 6, the ‘Madea’ star entered into an agreement to help the production facility get back up and running again. 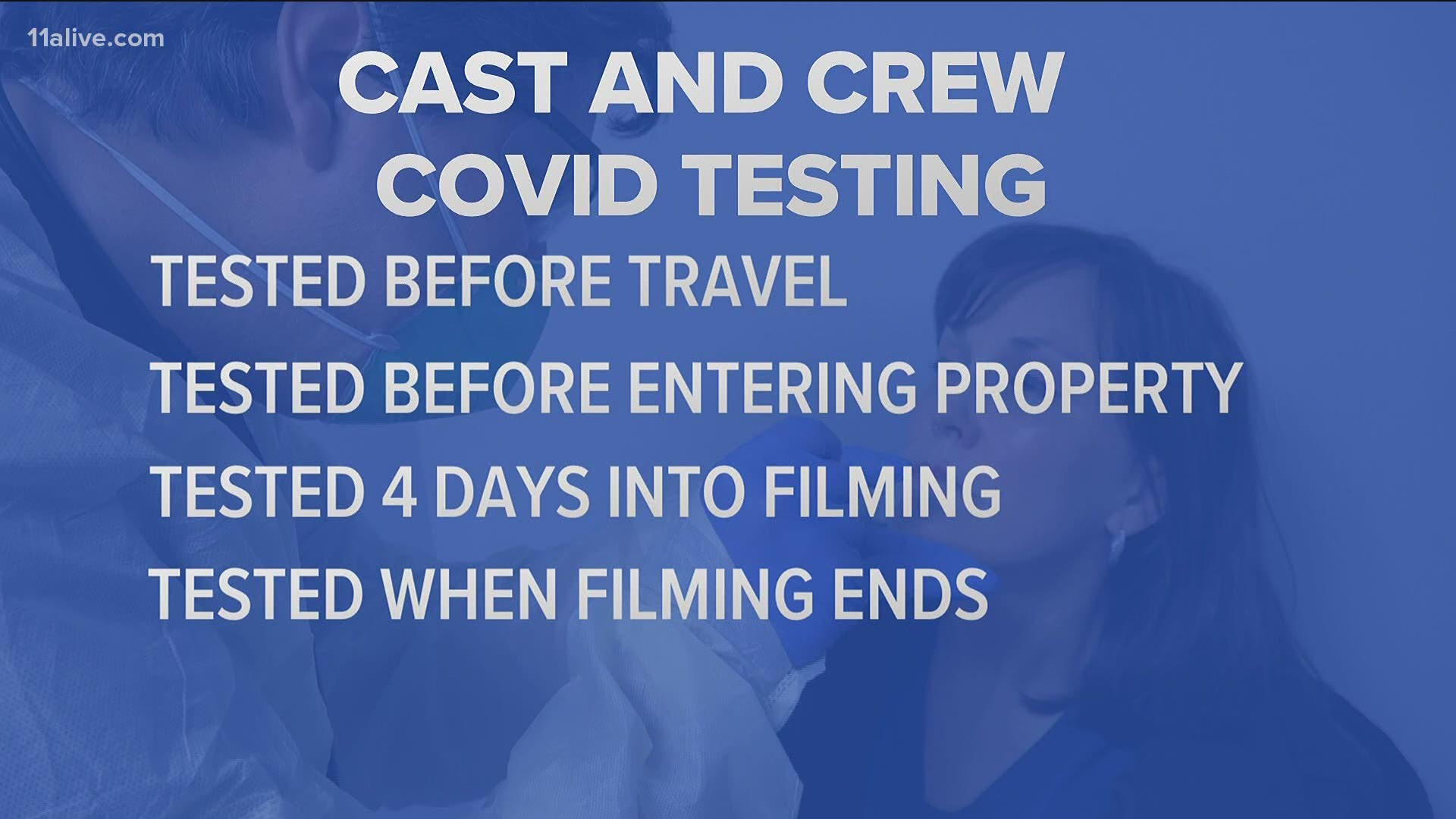 ATLANTA — Mega-producer Tyler Perry is the first to set a start date for productions to resume.

On July 8, Perry's BET series ‘Sistas’ will begin production again at his studios in Southwest Atlanta, according to Deadline.

Then on July 28, his other BET series ‘The Oval’ will pick back up.

On April 27, the mogul outlined a plan that includes a COVID-19 testing protocol for all cast and crew.

Perry will remain on the lot for the entire duration of the shoot using the other structures on the lot as housing.

On May 6, the ‘Madea’ star entered into an agreement to help the production facility get back up and running again.

During a special meeting, the Fort McPherson Board Of Directors passed a resolution to lease a small portion of the property, in order to create temporary housing on the Tyler Perry Studios campus.

The resolution would allow production crews and staff to reside in temporary housing while working on the Tyler Perry Campus.

"The goal of resolution and agreement is to make sure that the talented staff and crews can be housed safely while getting people back to work during this unprecedented financial and health related crisis," Fort Mac Spokesperson Mark Hayes said.

Tyler Perry Studios was once part of the Fort McPherson Army base. It has 141 barracks, 40 historic homes and 30 homes he built that are also livable.

11Alive is focusing our news coverage on the facts and not the fear around the virus. We want to keep you informed about the latest developments while ensuring that we deliver confirmed, factual information.

We will track the most important coronavirus elements relating to Georgia on this page. Refresh often for new information.

Another 'America Strong' flyover across north Georgia on Thursday

Disney parks in US will 'likely' require face masks when they reopen, CEO says

'I don’t think it’s going to be smooth sailing': Ex-Brave outlines issues with getting back to baseball