Researchers in Brazil are investigating a molecule found in viper venom that can be made synthetically in a lab. 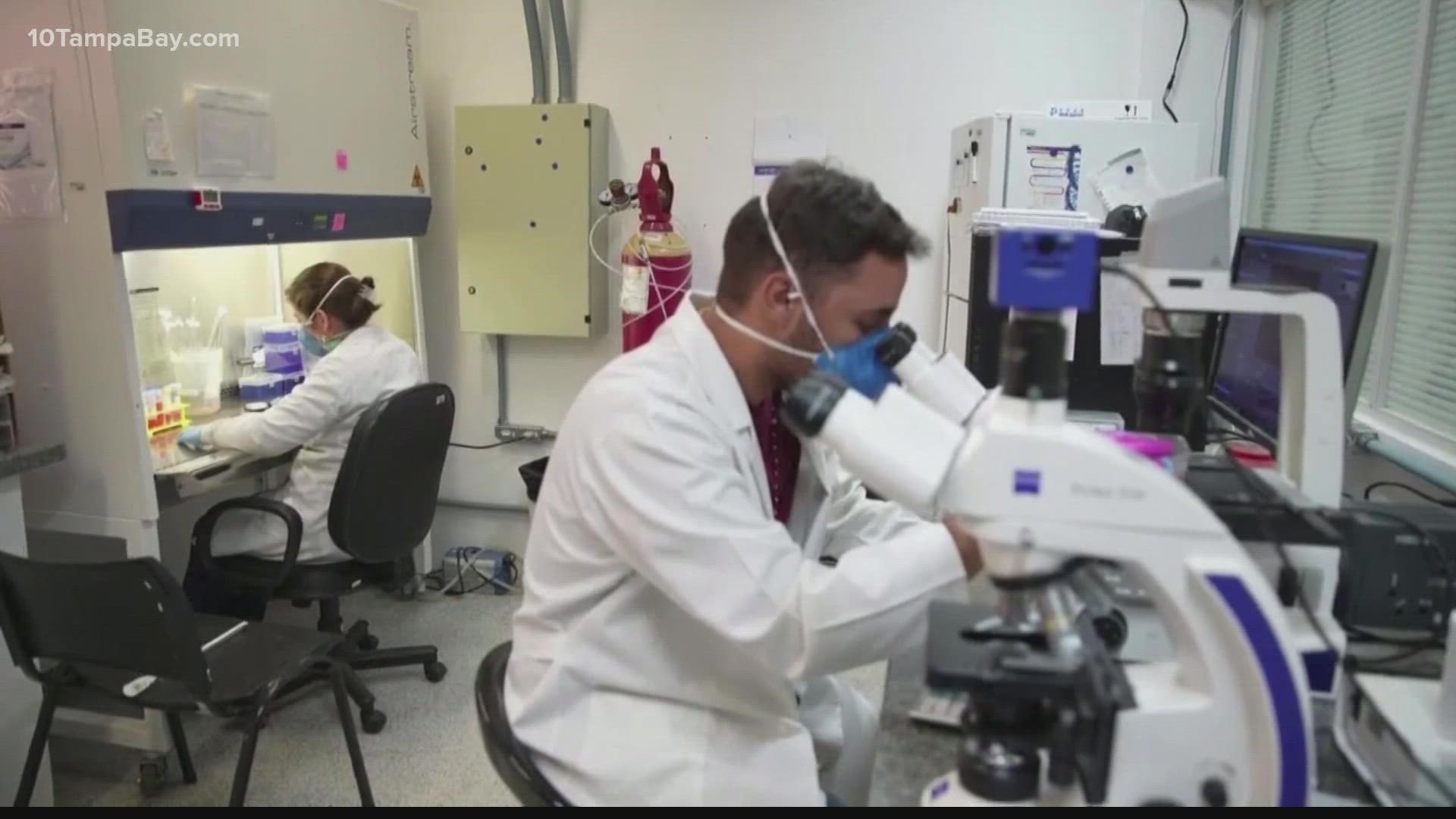 TAMPA, Fla. — Researchers have been looking for the next drug that can fight COVID-19. One team at the University of Sao Paulo in Brazil has found a molecule in viper venom can inhibit the virus.

Their study was just recently published, and the good news is, it could be replicated in a lab, so no hunting for snakes needed.

"Viper venoms, and actually venoms from all kinds of snakes, have been used for various treatments for many years, and so the way that they work, is that they have certain compounds that can inhibit certain types of reactions," USF health's Dr. Jill Roberts said. "And so in this particular case, in this study, it had what’s known as a protease inhibitor. Those are really, really useful types of drugs."

Not only would these treat coronavirus, but this type of drug can be used for other diseases like HIV and Hepatitis C. Some of the drugs currently on the market have been discovered in unusual ways just like this.

"When you’re going out and getting antibiotics, they’re going from bacteria and fungi and deep-sea organisms and if we didn’t pursue this type of research, we would never know what uses they would have today," Roberts said. "So it’s something I would pursue. I’m very encouraged that it can be synthetically prepared in a laboratory so you don’t have to harm any animals."

The researchers tested the venom in a monkey cell line and it showed it inhibited growth of the virus. Roberts says we already knew this because there’s one that has inhibited the first Severe Acute Respiratory Syndrome or SARS virus and Middle East Respiratory Syndrome or MERS. The next step for researchers in Brazil would be to find an animal model for the infection.

"If it doesn’t kill the animal, and that’s a big if, in many cases these things kill the animal, they’re too toxic at that stage, so you can never get past that step. Then, you start thinking about other uses," Roberts said. "You start doing more advanced studies to make sure there’s no known side effects that are occurring in the animals. It’s a long ways out, but they’re always promising."

If you’re interested in learning more about the snakes in Brazil, check out the Butanta Snake Institute.

RELATED: The FDA has only fully-approved one drug for treating COVID-19, and it’s not ivermectin