McMaster tweeted out during Biden's address to the nation Thursday afternoon where the President laid out a series of vaccine mandate. 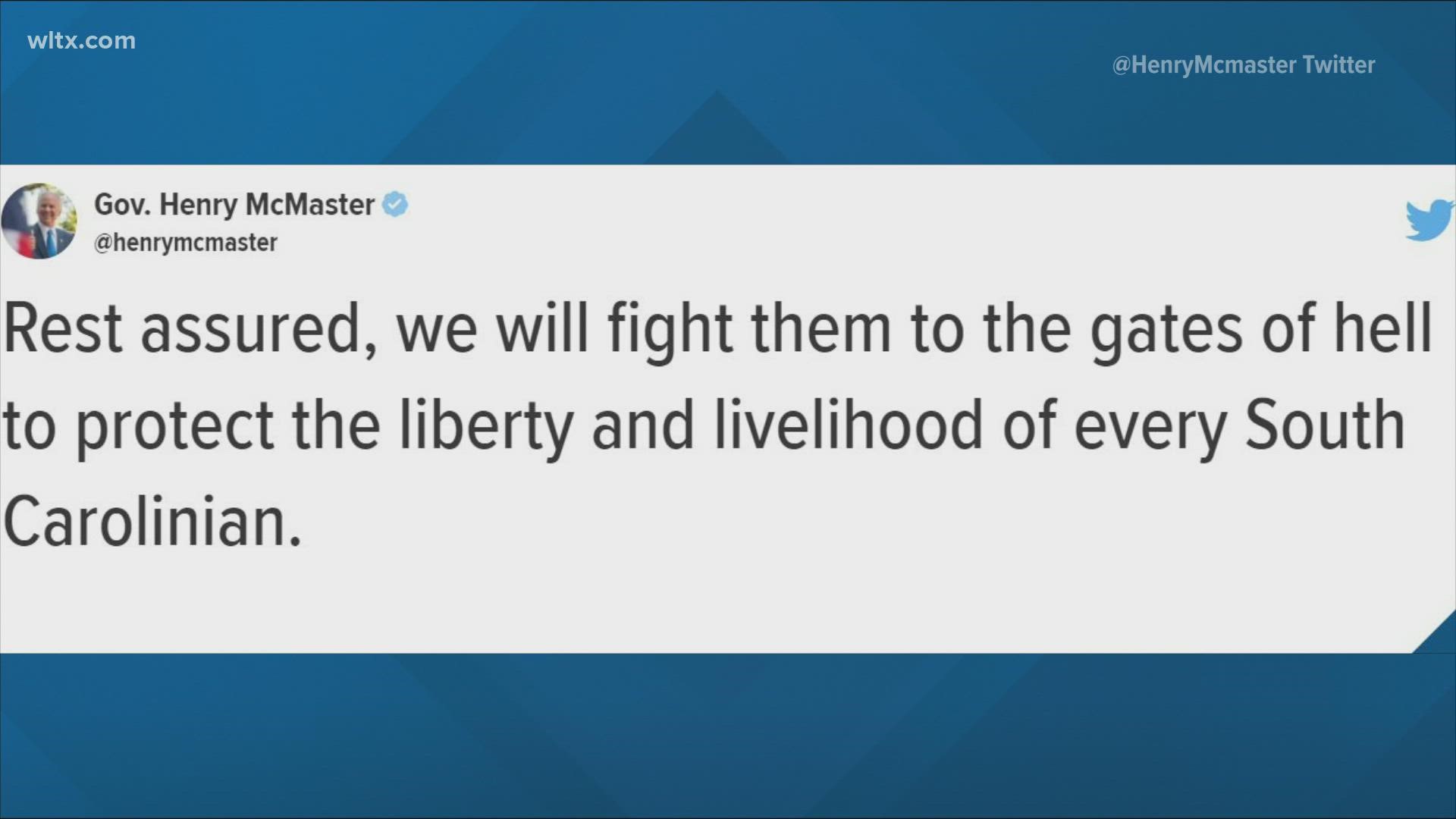 McMaster tweeted out during Biden's address to the nation Thursday afternoon where the President laid out a series of vaccine mandates which could affect up to 100 million Americans. He didn't specifically address the issue being discussed, but the tweet came about 10 minutes into the president's remarks.

"The American Dream has turned into a nightmare under President Biden and the radical Democrats," McMaster said on Twitter. "They have declared war against capitalism, thumbed their noses at the Constitution, and empowered our enemies abroad."

"Rest assured, we will fight them to the gates of hell to protect the liberty and livelihood of every South Carolinian."

South Carolina Attorney General Alan Wilson said his office would review the law and its legal standing. "We will vigorously defend the rule of law and fight any overreach that may limit individuals personal freedoms," Wilson said.

Biden has announced sweeping new federal vaccine requirements affecting as many as 100 million Americans in an all-out effort to increase COVID-19 vaccinations and curb the surging delta variant.

“We’ve been patient," Biden said. "But our patience is wearing thin, and your refusal has cost all of us," he said, all but biting off his words. The unvaccinated minority “can cause a lot of damage, and they are.”

The government's expansive new rules, announced Thursday, mandate that all employers with more than 100 workers require them to be vaccinated or test for the virus weekly, affecting about 80 million Americans. Biden is also signing an executive order requiring vaccination for all employees of the executive branch and contractors who do business with the federal government.

No testing opt-out is expected to be included for the executive branch requirement.

Biden also called out states, such as South Carolina, who have blocked mask mandates in schools. McMaster has been a vocal opponent of such rules, saying the decision on masks should be left to parents. While he encourages vaccines, McMaster said it should be a decision left up to individuals.